The next stop on Amma’s Bharata Yatra was in Tiruchirapalli (Trichy) where Amma held an all night public program at the National College Grounds. Amma was welcomed to the city by Mayor Charubala, and the Union Cabinet Shipping Minister Pon Radhakrishnan.

Welcoming Amma to the stage the Mayor said “Compassion is Amma’s own. We’ve all thronged here in search of that compassion. When She hugs us, that compassion spreads to us as well. With that compassion within us, may we go out and try to spread it through love, compassion and culture to all of society, thus rejuvenating it!”

Addressing the massive crowd assembled to have Amma’s darshan she said “Along with external success we need inner victory too. Inner victory is the victory over mind and all its weaknesses.”​ The crowd was very silent and were patiently waiting till the end as Amma lead them in bhajans, manasa puja and meditation, — instructing all in their own Tamil language.​

During darshan, a boy of about 10 yrs old came to Amma asking for a boon. (a wish to be granted) He said, “I want a boon. I want to be the king of the world.” To which Amma beamingly replied, “If you become the king of your mind, then you can become the king of the universe.” But the child was not able to get the point and was insisting that she must give the boon right now.
Taking him on to her lap, Amma said, “You are already the king, but you don’t know it yet. Its enough if you just realize it.”

Throughout the night local Amrita Vidyalayam students presented a variety of cultural programs and Amma gave darshan to the massive crowd untill 10.07 am the following morning. 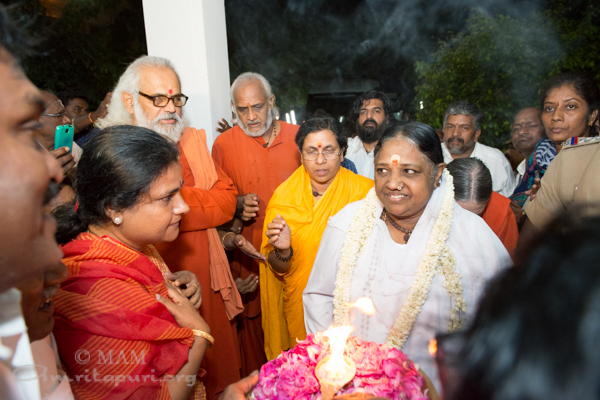 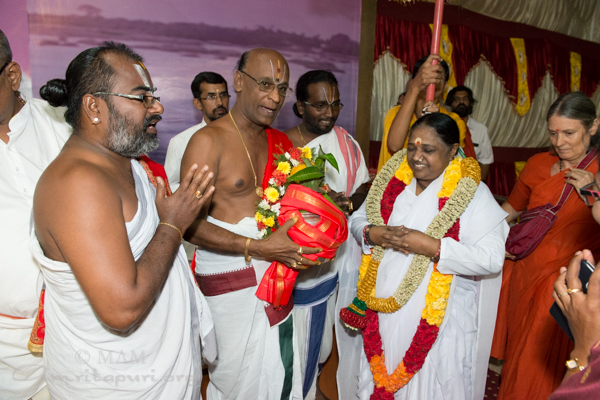 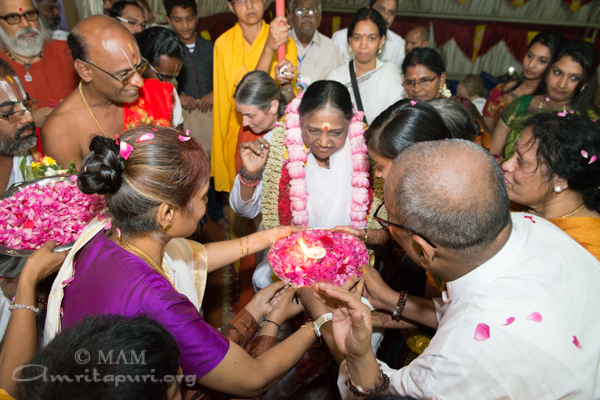 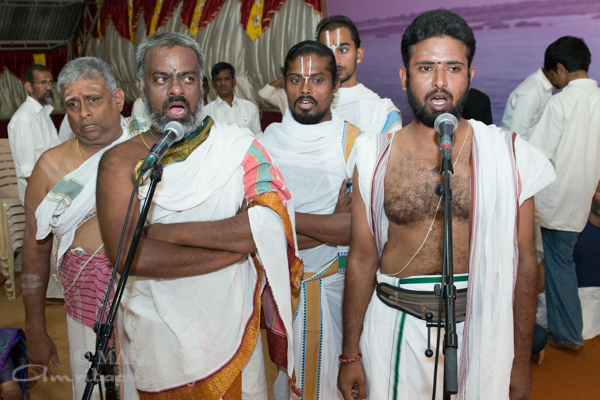 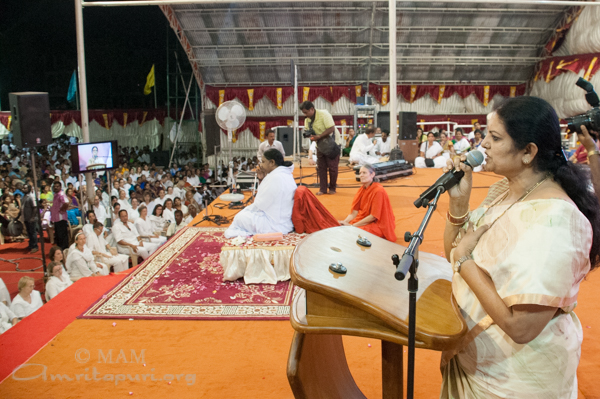 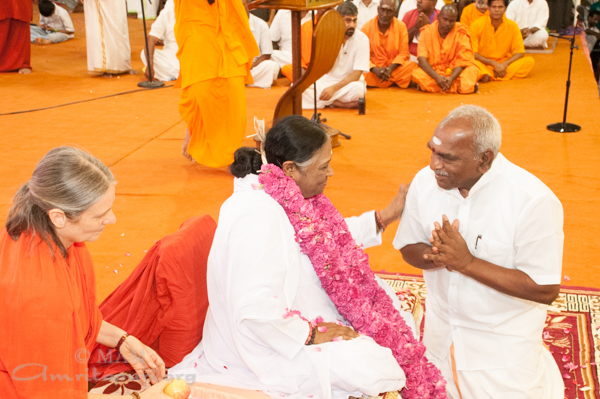 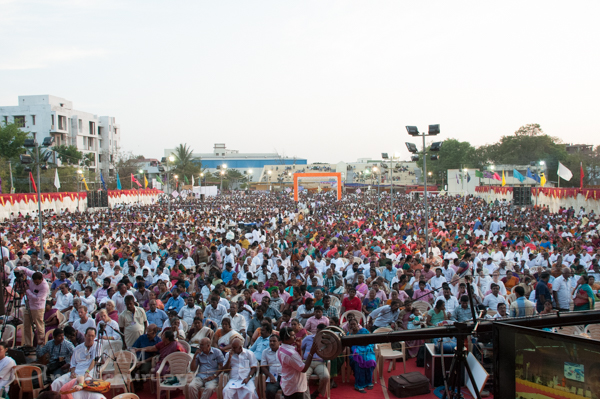 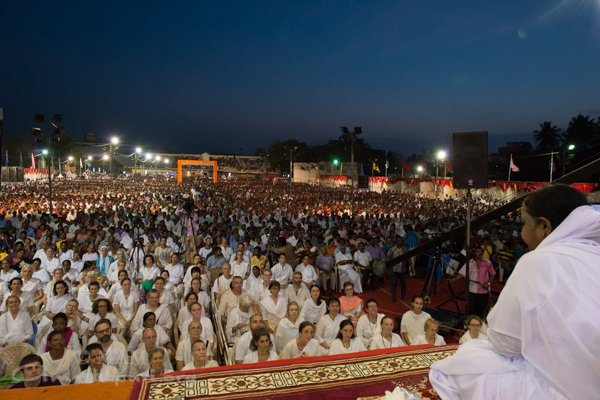 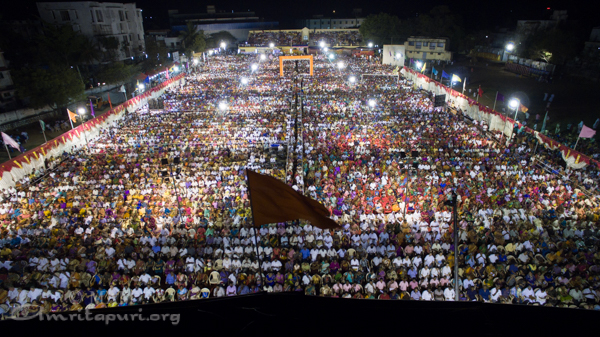 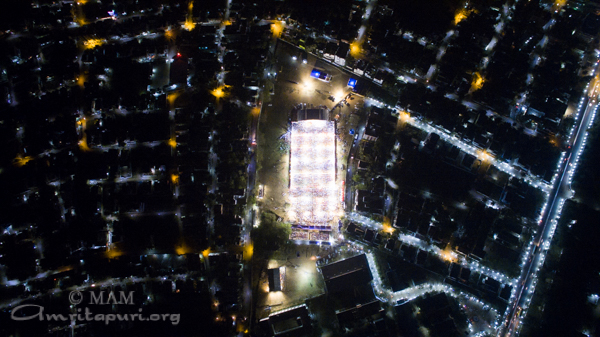 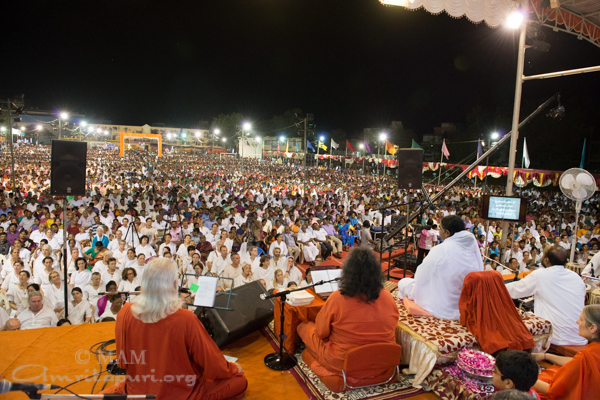 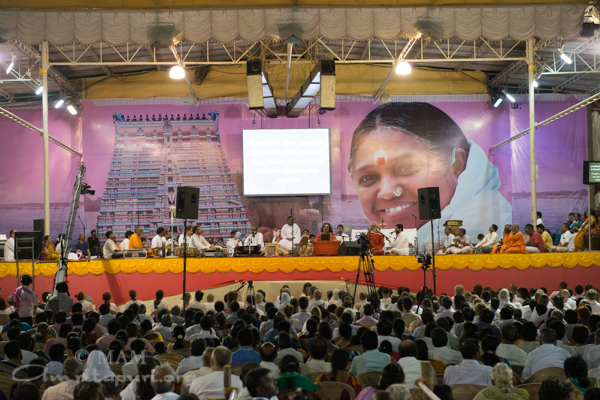 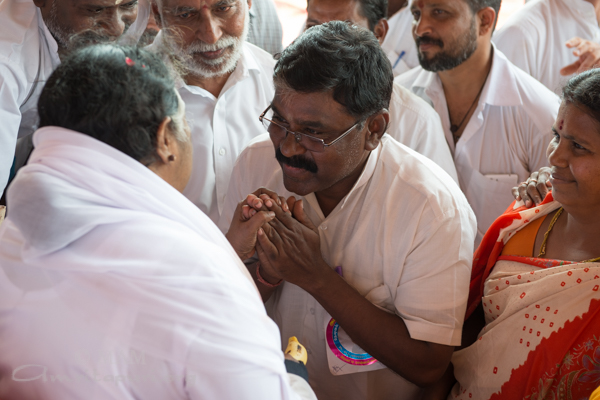 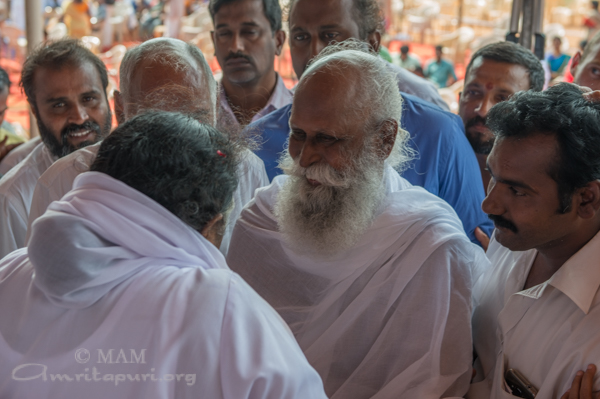