The next program on Amma’s 2016 Bharata Yatra was a one day public program in Puducherry. The program was held in the Tagore college grounds where Amma was welcomed by a huge crowd. 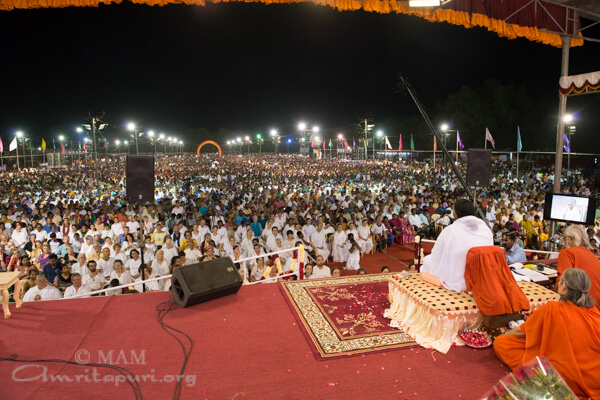 Officially welcoming Amma to the state Puducherry the MLA Namashivayam said, “Whenever natural calamites strike any part of the globe, we see Amma reaching out to offer help. Amma sits in the same place and blesses everyone whether they are rich or poor. We may not be able to see God directly, but we can see God in Amma’s form.

Another MLA, Vishweshwaran added, that “Amma shows us that love and spirituality are beyond the barriers of nationality. Spirituality is the powerful weapon that protects the culture and heritage of our motherland. When we see Amma, we get the feeling that this land will arise and become a super power.”

Earlier in the day, several more dignitaries including the Chief Minister of Puducherry, Rangaswami and the French consulate Philippe Janvier Kamiyama and his wife, came to meet Amma seeking her blessings.

During her address to the gathering, Amma said, “Setbacks do not make someone a failure, only losing self confidence does. We should always remember that while fate will drag a lazy person through tough times, it will always make way for a hardworking person to pass. Acquiring spiritual knowledge is the only way to obtain the proper perspective about life and the mental strength to face difficulties.”

Setbacks do not make someone a failure, only losing self confidence does. – Amma

During darshan time, the world famous Padmashree Vikku Vinayakam, who is also a Grammy award winner, came with his disciples and offered a Ghatam-Kanjira-Mridangam-Mukharshang-Vocal Jugalbandi performance to Amma. The thunderous performance completely wowed the crowd.

Throughout the night Amrita Vidyalayam students of Puducherry presented different cultural programs. The local Amrita Vidyalayam school, which is just two years old, has made such an impact in the local community that all the speakers and officials who came to the program expressed their great appreciation for the school. 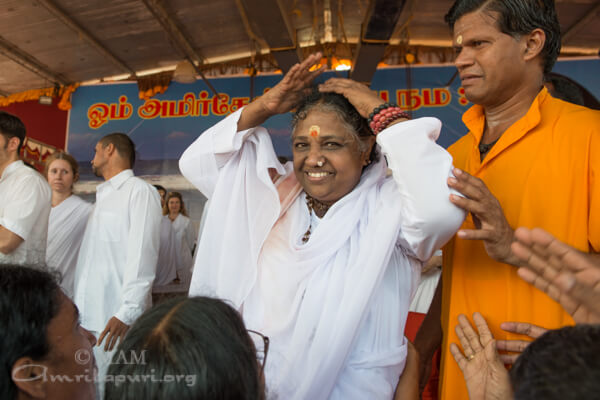 Amma finished darshan at 9:19am the morning after the program began, after meeting all those who patiently waited. 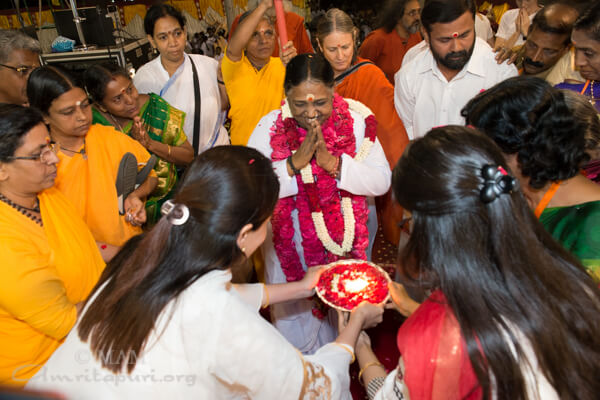 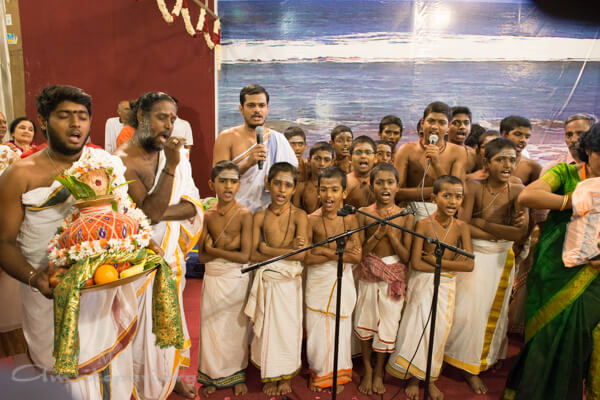 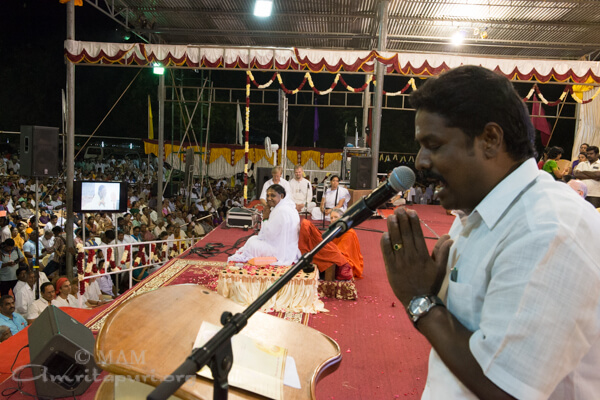 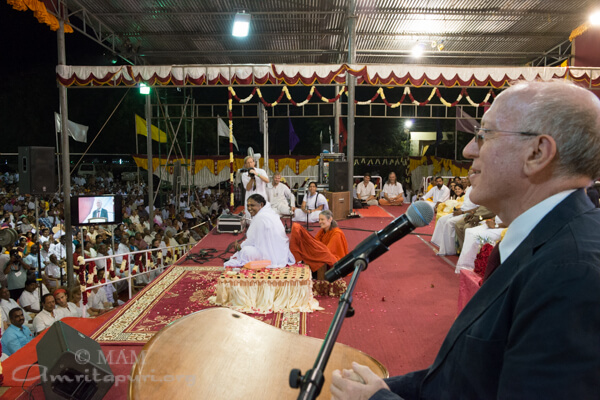 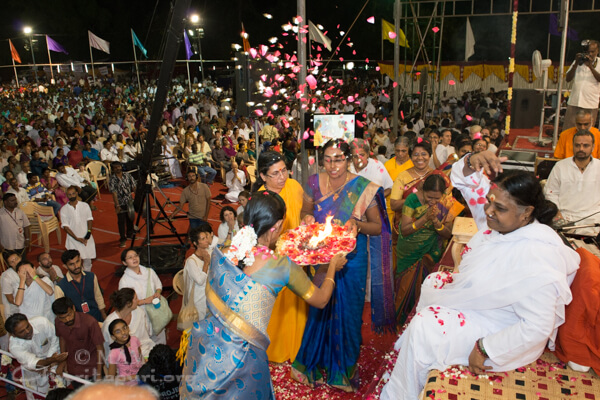 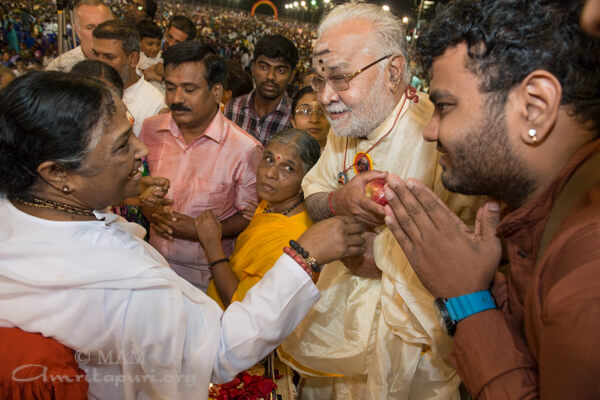 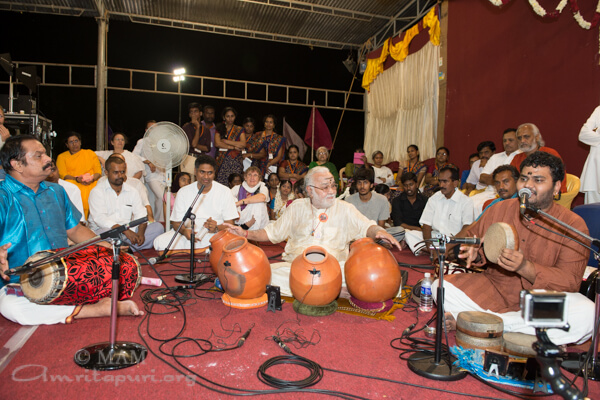 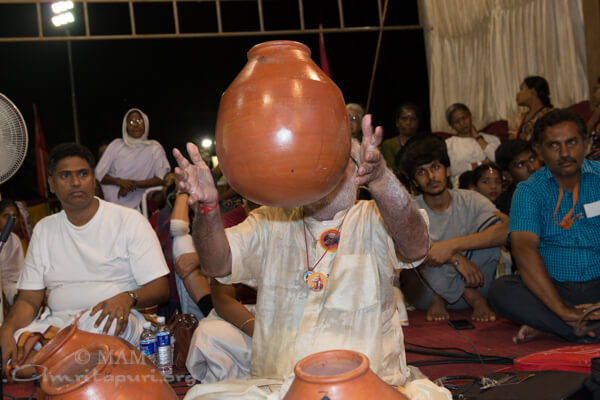 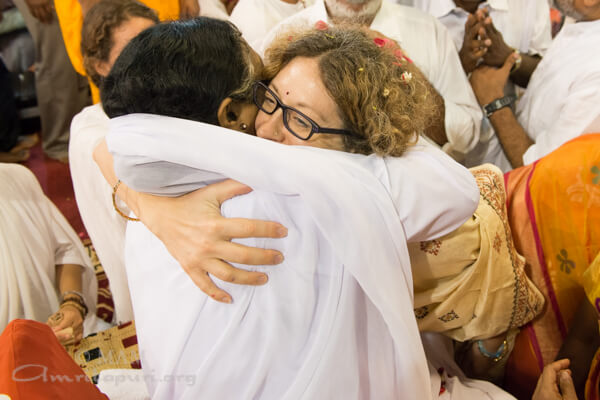