Upon her arrival from Amritapuri, Amma had an informal meeting with all the local devotees where she sang and distributed dinner to everyone. Then she asked someone to share a thought or a joke, and a local school teacher narrated a story from her own experience. She explained that while teaching a value classes for children in the 3rd grade, a student asked, ‘Why Kamsa didnt put Devaki and Vasudeva in two separate rooms, since he knew that their child would eventually kill him?” 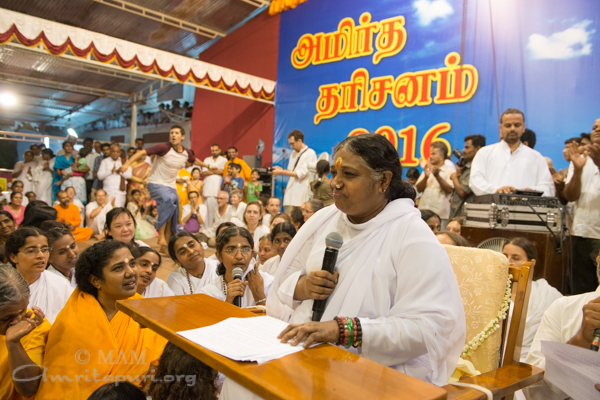 The teacher answered her student that, Kamsa was not wise enough, he was arrogant and ignorant.. But Amma said that answer was not right and added that we must teach the child that no one can stop fate. If it is meant to happen, it will happen…no one can stop it, is the answer that the teacher should have given her student.

After the distribution of prasad Amma called a tour group member from Mexico and asked him to dance. He replied he would dance if Amma sings for him–so to the delight of everyone Amma sang and he danced. 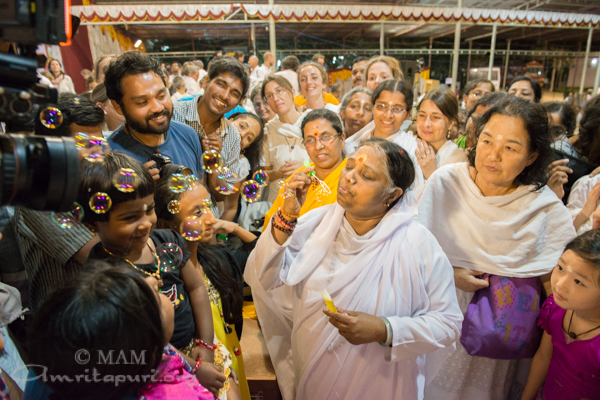 All throughout the programs many student volunteers from the local Amrita Vidyalayam as well as the Amrita University campus could be seen in action. In addition to their seva the students offered different cultural programs.

At the end of the final program, well past midnight, after embracing the final people coming for darshan, Amma delighted everyone with two more bhajans, sending everyone home with full hearts. 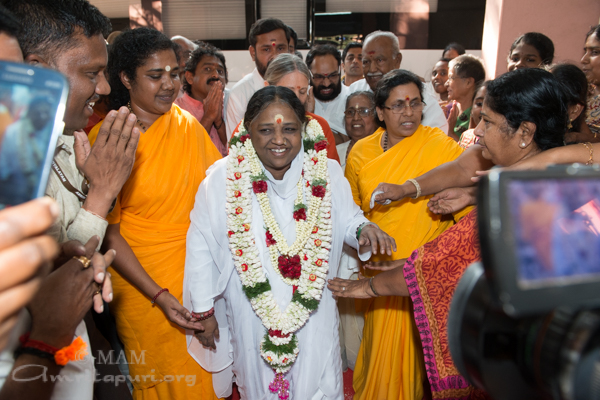 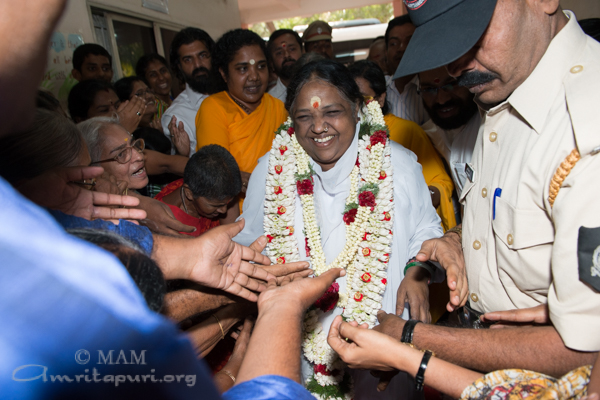 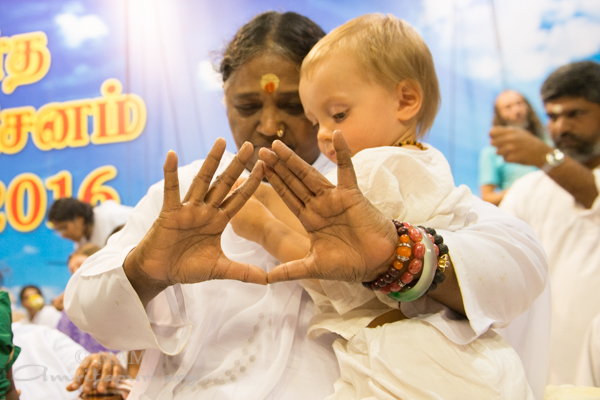 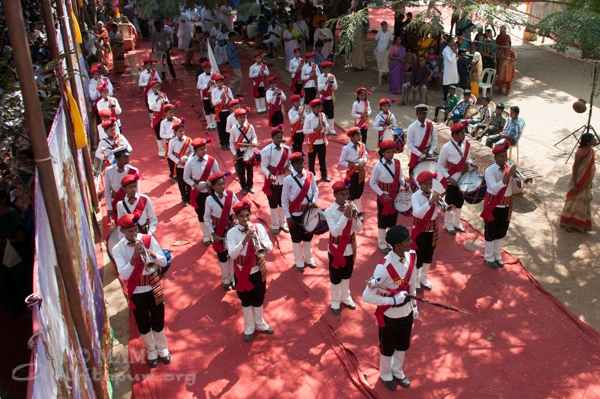 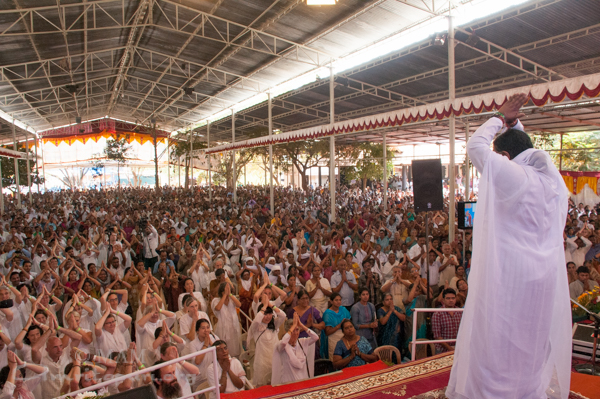 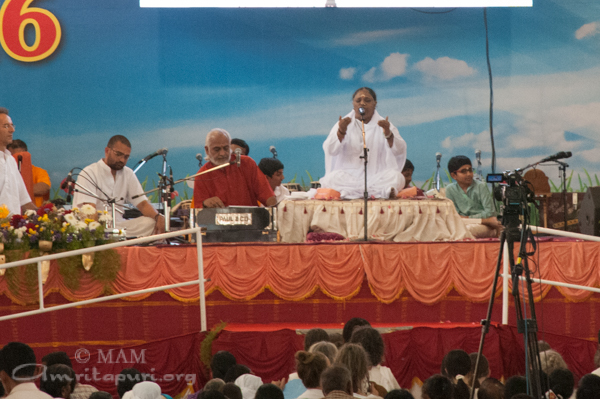 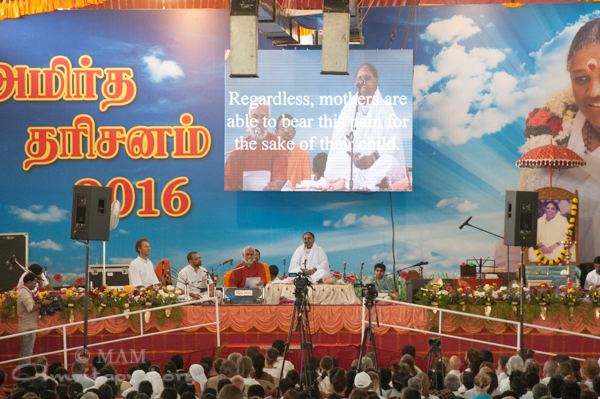 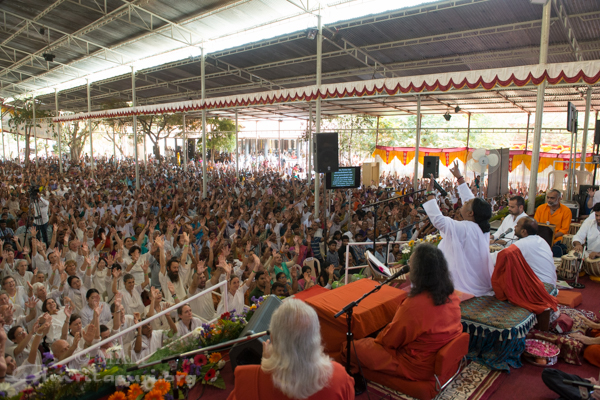 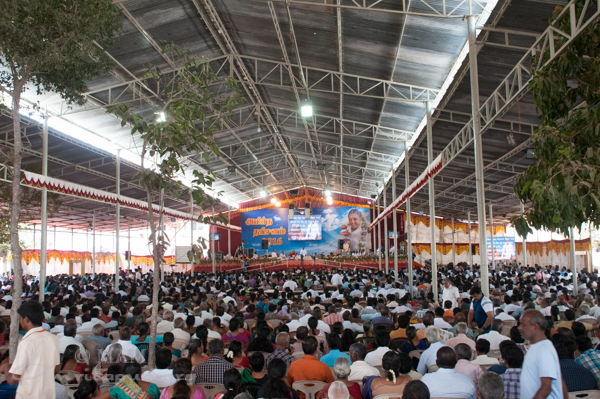 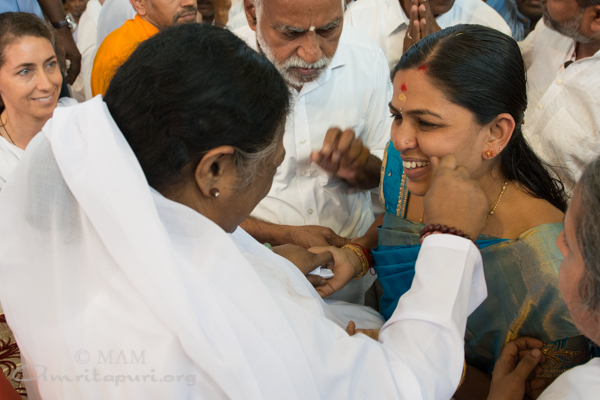 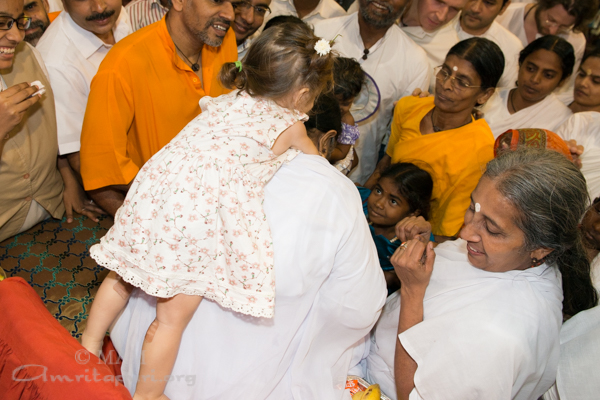 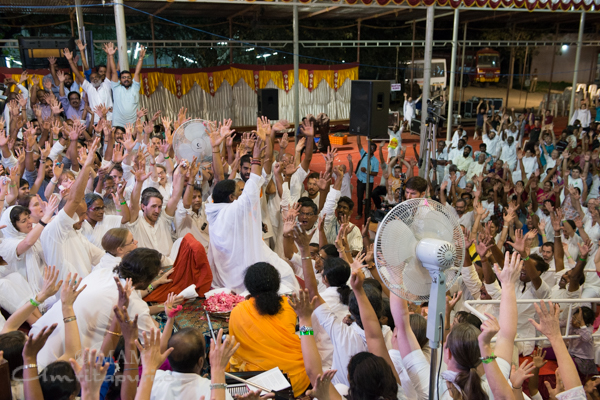