India’s first double hand transplant was carried out successfully at the Amrita Institute of Medical Sciences, Kochi, on 12-13 January 2015.

30-year old Manu lost both his hands in a tragic accident three years ago when he was pushed out of a running train after confronting a group of thugs who were harassing a women passenger. 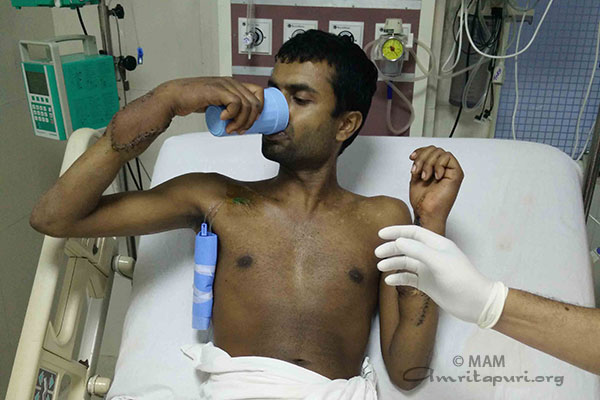 Hailing Manu as a hero, the pioneering surgery was paid for by Mata Amritanandamayi Math.

The donor was Binoy, a brain-dead 24-year-old bike accident victim. BInoy was an artist and had cared for his paralytic father, giving him daily baths and massages. Binoy’s family decided to donate their son’s hands to give Manu another chance at leading a full and active life and to render a measure of meaning to their own heartbreaking tragedy. 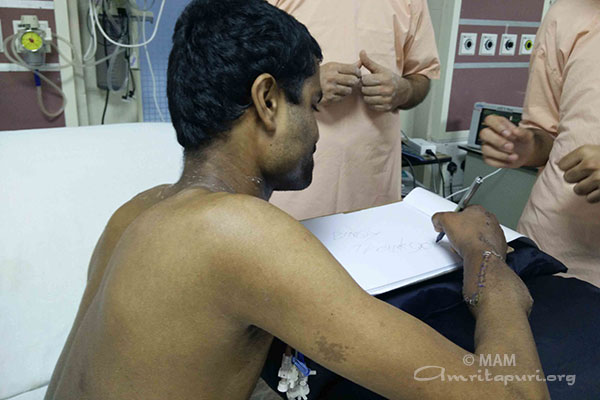 As of now, both of Manu’s new hands have been accepted by his body and he has started to regain movement in his fingers. He was able to drink water with the new hand and even able to write a thank you note to the family of Binoy. “I am very happy!” exclaimed a delighted Manu. “After I lost my hands, I was very scared, but now I am happy that my hands have been operated on and restored.”

Asked about the details of the operation, Dr. Mohit Sharma, Senior Plastic Surgeon noted that, “more than 20 surgeons participated in the procedure of 16 hours. Each hand required connecting two bones, two arteries, 4 veins and about 14 tendons.” 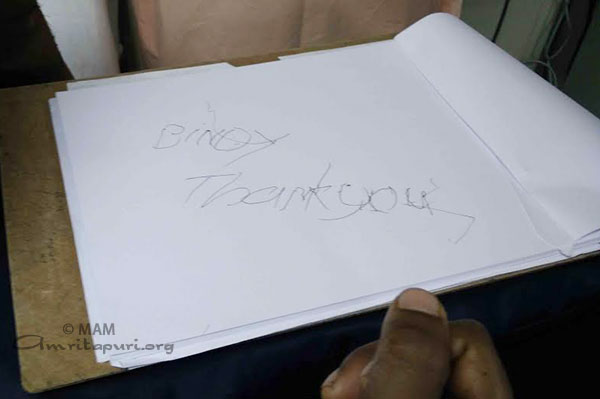 Dr. Subramania Iyer, Head of Plastic Surgery at AIMS, said Manu would need rigorous physiotherapy sessions. “Manu is on immunosuppressant medicines. He is making steady improvement and will be able to get over 90 percent efficiency within one year.”

Health experts across the world are closely monitoring this historic operation and Dr. Iyer noted that the operation was carefully documented.