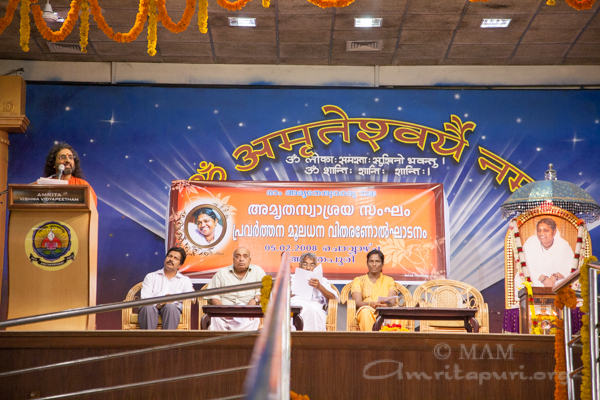 The capital was distributed by Opposition Leader Oommen Chandy in the presence of Amma. M.P. Veerendrakumar, MP, distributed the working capital to a self-help group for starting a fashion-designing institution.

In his inaugural address, Oommen Chandy said that during the last three years Kerala has faced two major crises: tsunami and farmers suicide. He said that Amma’s Ashram has come forward to that support the dependents of both sets of victims.

In his address, Veerendrakumar said that Amma was “lifting the 100,000 families to a ‘zone of hope’ by providing them employment opportunities.