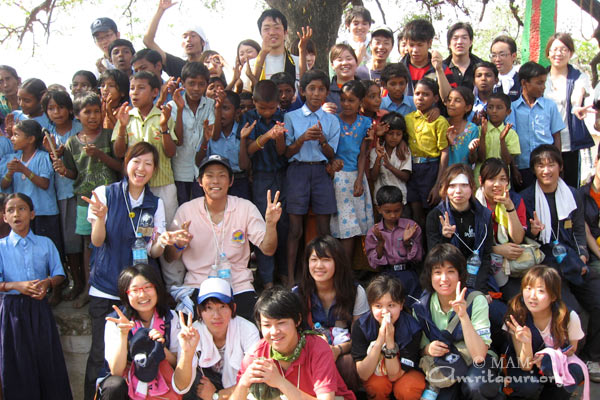 They stayed for more than a week and started spending their days in hot sun helping the construction of the houses. Temperature touched above 42 degrees and many of the students and accompanying bramhacharis fell sick. Amma had sent them umbrella-hats to ward off effects of excessive heat.

Most of the students enjoied working at the construction site during this short visit. They even spent time with the local villagers and children, celebrating the Holi festival at the nearby village. During their free-time, they trekked to visit a Shiva temple atop a closeby hill.

As they arrived  in Mumbai and later in Delhi after their assignment,  all of them met Amma before returning back to their country.

When asked what they had to say about their visit, Yukie said “Incredible India!”.