Blog - Latest News
You are here: Home / Satsang / Devotion to the Guru

The true shishya (disciple) considers his Guru to be God Himself. The Guru Gita says that devotion to the Guru is one of the highest virtues of a seeker and cannot be obtained by those
whose minds are impure or unfit for it. The shishya is protected by his Guru from all the dangers that he may face in both his worldly and spiritual life. It is said that even if God is angry with one, the Guru can save him, but if the Guru is displeased with one, then even God cannot shield him. But the greatness of the Guru is such that he never loses patience with the erring disciple.

The relationship between the Guru and sishya is the most unique of all human relationships. Its beauty has to be experienced to be understood. The shishya should have unswerving
devotion and unshakeable faith in the Guru. Realising that the Guru does everything for the welfare of the disciple, the seeker should strive to cultivate complete obedience to the Guru. He should completely surrender himself at the feet of his Guru and serve him with humility and devotion. The grace of the Guru will spontaneously flow to such a disciple. A disciple should never find fault with his Guru. It is said that the deep faith that the disciple has towards his Guru will itself help him attain the goal.

The Guru is even more eager than the disciple for the latter’s enlightenment. The Guru works untiringly to help the shishya to overcome his ego and attain liberation. Therefore the
shishya is forever indebted to his Guru for leading him to his goal. The scriptures say that when one realises the Supreme Truth, he realises he can say that he and God are one. But even then a disciple can never claim that he and his Guru are one. Even to a Realised soul, his Guru is always greater than himself.

The shishya opens himself to the grace of the Guru when he has completely surrendered to the Guru.

Such self-surrender means that the shishya has no will other than that of his Master. His only wish is to please his Guru through his thought, actions and speech. The sincere disciple serves his Guru with deep faith, humility and implicit obedience to the wishes of the Guru. 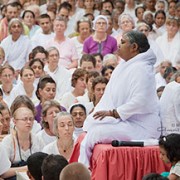 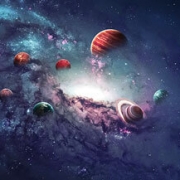 What is the principle behind Puja? 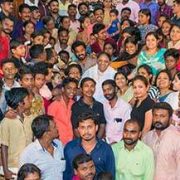 Children of Parippally: Who says they are orphans? 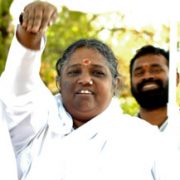 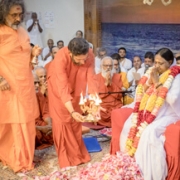 "I am the infinite, I am fullness itself" - Gurupurnima celebrations

Disciple is on a journey; Guru resting in his abode of the Self Importance of the Guru
Scroll to top