24 Aug 2016, Amritapuri
The festivities began at 7:30 in the morning with a special procession from the Ashram’s cowshed to the front steps of the Kali Temple where the Go Puja was performed showing reverence to all cows. A large number of Ashramites, devotees and visitors took part in the procession and puja, singing Krishna bhajans, clapping hands and dancing. The cows were beautifully decorated as were the children living at Amritapuri who were all dressed up like little Krishnas and gopis! 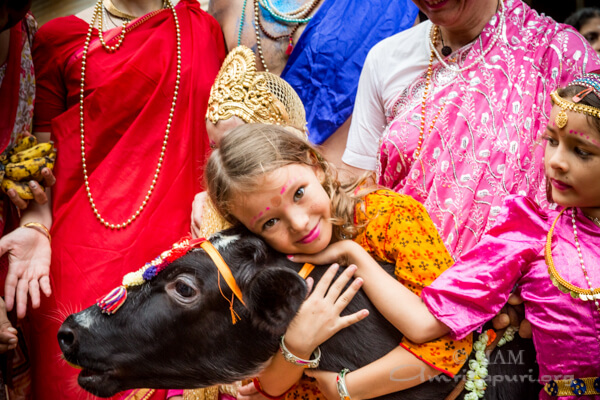 In the afternoon, after the procession from Kuzhithura Sri Krishna Temple, everyone gathered in front of the Kali Temple, where Amma joined at approximately 4.30pm. She had been giving darshan from 11am till 3pm. Taking her seat on the steps of the Temple, Amma watched children play Uriyadi – a game where they try to break a pot of clay with a stick in remembrance of Krishna’s escapades of stealing pots of butter. First the little children tried their luck, followed by those a bit bigger, then by Amrita University students. Amma watched the fun, laughing often and pointing out the most adorable scenes. As the games were ending, Amma sang two joyful Krishna songs (Radhe Govinda Gopi Gopala, Narayana Narayana jaya Govind hare) for a long time, waving her arms with joy and looking at the sky. 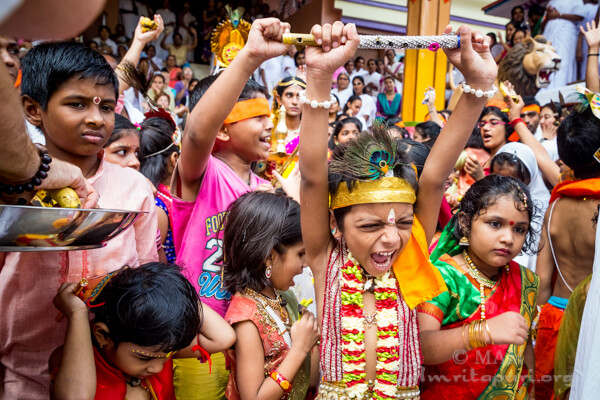 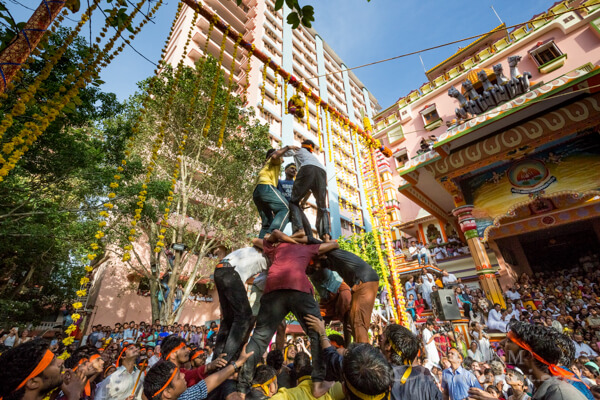 After the games, Mother immediately headed to the main hall for the evening bhajans filled with Krishna bhajans. Dinner followed, and everyone was excited with anticipation of the special program that was still in store for the day. At about 11:30pm, Amma returned to the beautifully decorated stage where a reading of the Srimad Bhagavatam was taking place, along with the special Balagopala Puja honouring the birth of Krishna. The stage was decorated with many beautiful Krishna statues, oil lamps, garlands and trays of flowers. 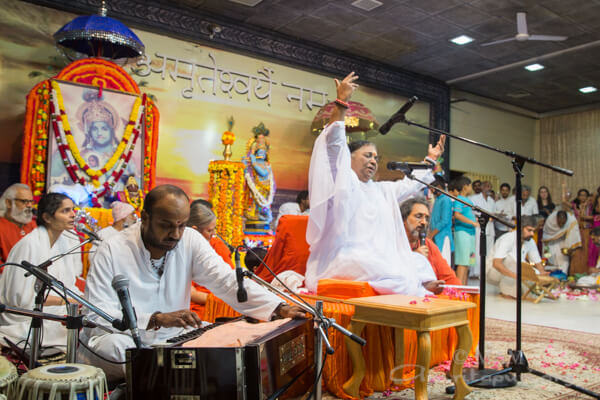 At the stroke of midnight, Amma started singing special Krishna bhajans. She sang Agatanayi Agatani, and two others, clapping her hands, smiling and creating a lively and playful atmosphere. Amma then delivered her message {news} which included a beautiful presentation of the essence of Krishna’s life, teachings and practical guidance for our lives and struggles.
After the address, Amma sang 2 more bhajans, asking all those present to stand and wave their arms in joy to the tune of ‘Bolo bolo gokula pala’. She then led everyone in chanting Lokah Samastha Sukino Bhavantu – the prayer for universal peace. At around 1:30am, Amma began distributing sweet payasam Prasad. She handed a cup of the blessed gift to every single person. At 2:10am, after making sure that everyone had received Prasad, she headed back to her room … one more Sri Krishna Jayanthi with Amma to cherish for years to come.