On the evening of July 7th 2016, multiple tornadoes struck Greenwood County Kansas in both a sparsely populated rural area as well as the town of Eureka, KS. Over 50 homes were damaged in the town and nearly half of these were completely destroyed. In the rural countryside, two farmsteads were completely destroyed, one suffered damage only to barns and equipment and the nearby river and forest were devastated for miles. 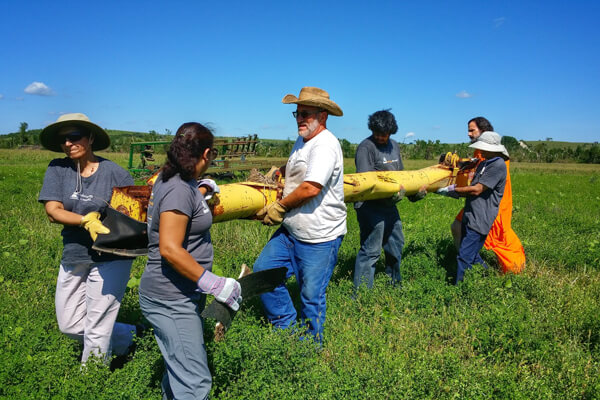 A group of local Embracing the World Volunteers were inspired to come together led by Br. Shantamrita Chaitanya of the MA Center in Chicago, on Saturday August 13th to assist with continued tornado recovery efforts. Working in the rural area 7 miles northwest of the town of Eureka, a field of scattered debris left by the tornado was cleared. This effort will prevent further damage to farmer’s equipment when the hay and corn fields are harvested later in the summer. The recovered debris included fencing materials, debris from nearby homes that had been leveled and shredded metal parts of farm equipment which had been stored in a nearby barn that had been destroyed by the tornado. So much debris was present in the field that it would have prevented the farmers from even being able to successfully harvest the crops. The devastation to the nearby river and forest was evident and will take many long months if not years to restore to its previous state. 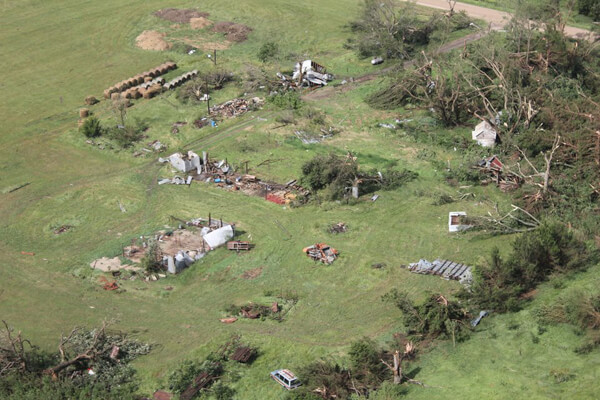 Embracing the World volunteers will continue to provide service to the local community as it recovers from the devastating effects of the storm. 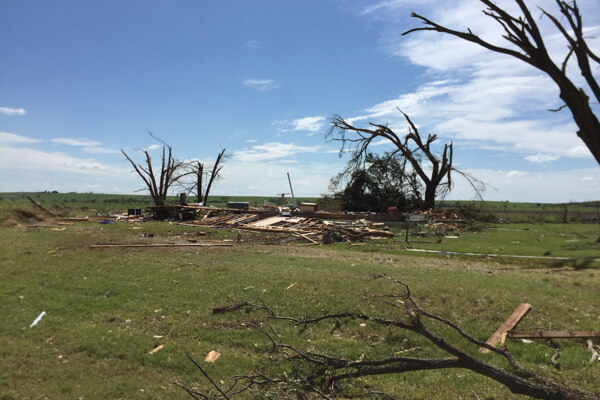 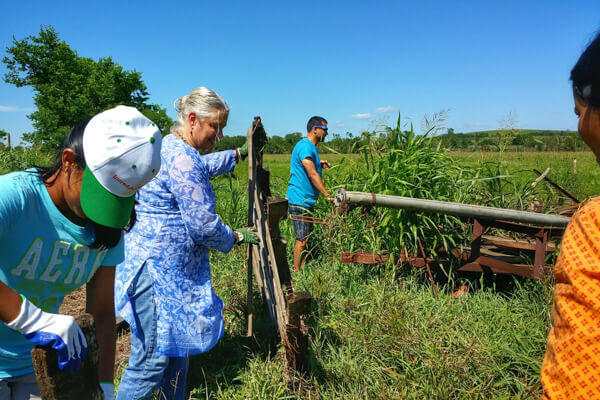 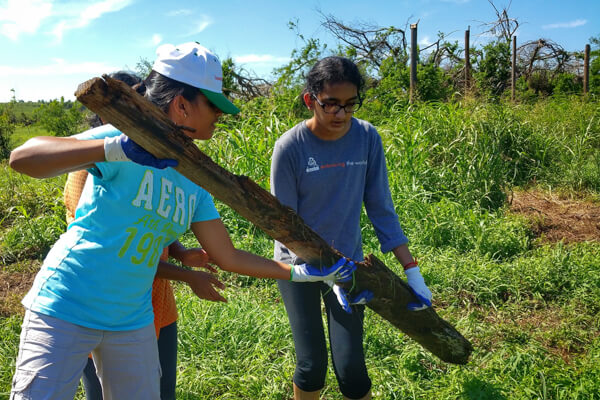 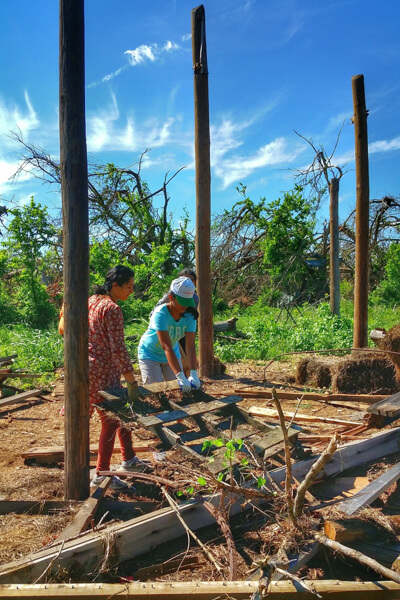