The tribal hamlet of Valaramkunnu is unknown to many. The settlement, located 22 km from Mananthavady, is home for 75 families with a total population of 300, all belonging to Paniya, Kattunayakan and Kurichiya communities. For decades, they had been living without electricity, pipe water and medication. Above all, the women folk had to fend for themselves as their spouses were mostly alcoholics.

Things took a turn when the MAM adopted the village under its ambitious 101 village project. Starting from solar lamps to awareness campaigns on the ill-effects of alcohol, the MAM undertook various works to lighten up the lives of tribals. Six clusters of solar panels were erected through which 60 families could light three bulbs each. This was the first step taken after the village adoption.

Then came the second one to quench their thirst. Pipelines were drawn to provide drinking water from the streams and wells were dug up. “Earlier, the women and children used to walk miles to fetch water from the stream. After we laid pipelines they started getting drinking water at their homes. Many of them were relieved as it was an ordeal for them,” said Akshayamrita Swami, who is overseeing the works.

Open defecation was another worrying habit. To end to this, four public toilets were constructed and made usable.

Another thrust area of the MAM is education, as a majority of the population in Valaramkunnu are illiterate, despite two government schools in the neighbourhood. The children are send to the schools, but they drop out after a few years to help parents meet their ends. To ensure that every child in the village attends school, the volunteers keep a tab for them and provide them with necessities such as food, books and clothes. Besides this, the couple Hari and Sushma, who are active volunteers, take tuition classes for the school children. Around 30 children attend the classes on a regular basis. Nineteen children are beneficiaries of Vidyamritam, a MAM-initiated scholarship programme.

Recently, students and faculty of Amrita University camped in the village for two weeks, visited schools and houses to spread messages on alcohol abuse through lectures, dramas and skits. “The men of the house go to the valleys and work as labourers. At the end of the day’s work, they spent all their money to buy alcohol and tobacco products and return home empty handed. The women, children and the elders survive on the rice provided by the Government ration shops. For them, a three square meal a day is something which they can’t dream of. They are malnourished. Sometimes, the women and children take up odd jobs to fill their tummy. To make the women self-empowered, the MAM organised tailoring classes for them.

Besides this, medical camps are being conducted once in two weeks. Tribals are screened for various health parameters by Dr Sanjeev Vasudev and Dr Ajitha of Amrita Charitable Hospital in Kalpetta. Occasionally, students from the Amrita University too chip in with help.

With the active participation of volunteers in this Amma initiative, the graph of Valaramkunnu is on an upward curve. 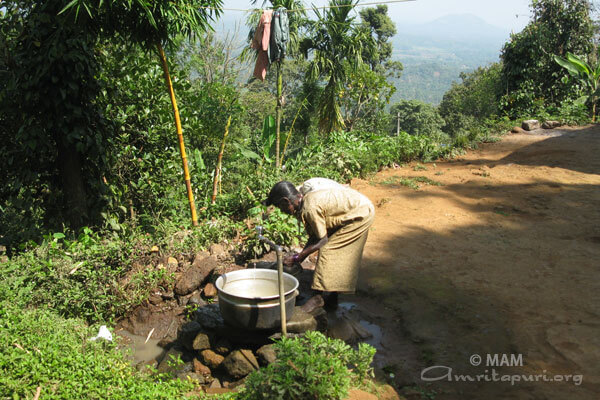 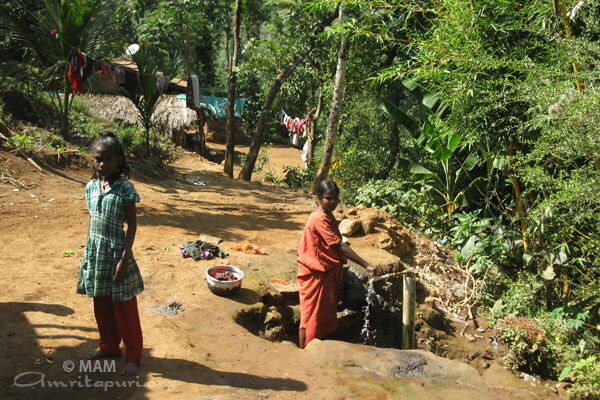 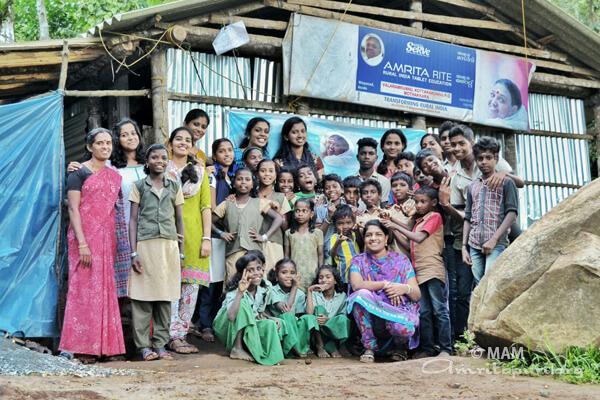 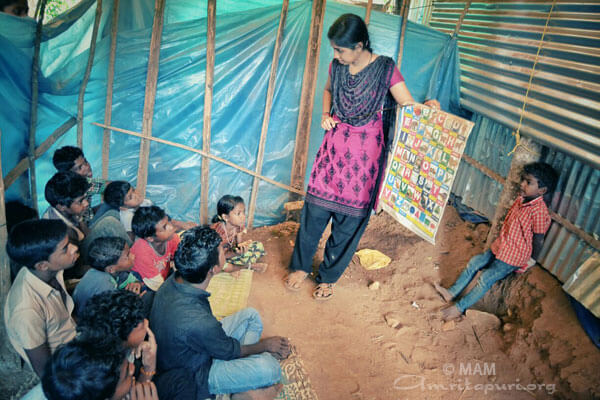 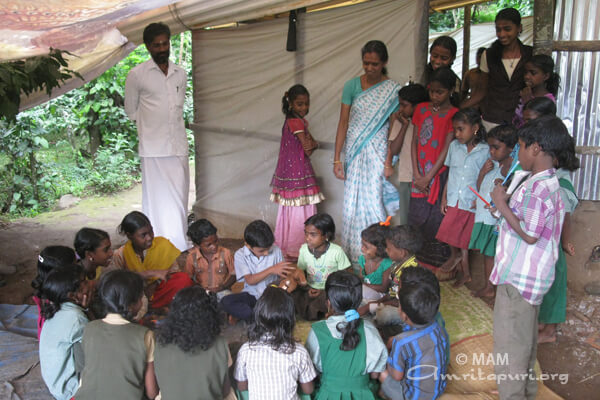 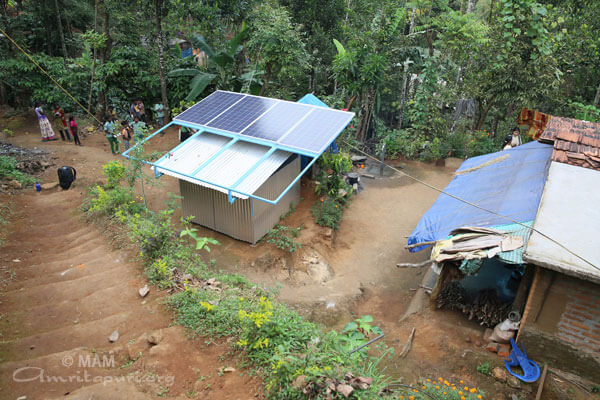 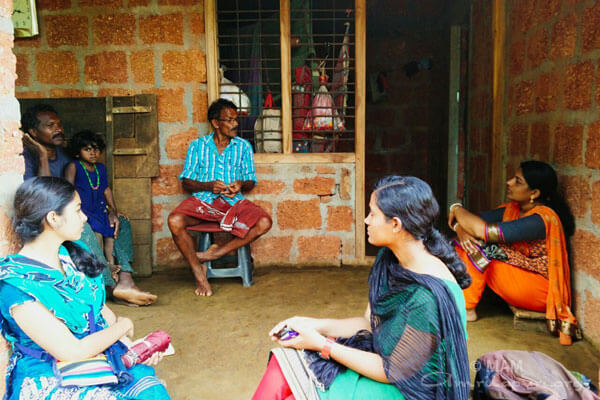