Due to unusually heavy rainfall over the past few weeks, the Adyar River overflowed its banks, ‪flooding‬ thousands of houses in the Indian city of Chennai. Tens of thousands of people have been impacted by the flooding. In one of the hardest-hit areas — Choolaipallam, MGR Nagar, South Chennai — Led by Br. Vinayamrita, MAM volunteers have been providing free breakfast, lunch and dinner to the affected people since November 20th and continue to do so. About 1,000 people are being fed three times a day.‬ 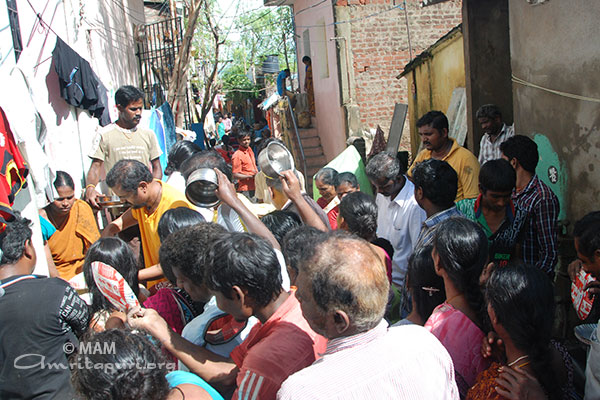