Amma held two days of public programs followed by a Retreat and Devi Bhava at her San Ramon Ashram in California.

Amma began the programs by asking the assembled crowd to sit in silence and pray for the peace of those who lost their lives in the terrorist attacks in Paris and in Lebanon, and for those who have been devastated by the sudden loss of their loved ones. She has also called upon all her admirers in Paris and the surrounding area to donate blood for the surviving victims.

Satsang groups from around the San Francisco Bay Area sang bhajans throughout the afternoon on the first day which went from 11am for 13 hours continuously.  At the end, Amma sang Aya He Sahara and, as Amma has been doing throughout the European Tour, she enthralled the crowd by gracefully dancing to a traditional Baduga melody. Rain began just after Amma left the hall and continued overnight, ending just before the morning programs were to begin.

The second day fell on a Sunday with both a morning and evening program. In the evening, Br. Dayamrita gave satang followed by Amma’s bhajans and darshan. During the evening program, Amma gave instructions for the railings along the balcony to be painted the same color as the columns in the hall. Immediately after Amma finished darshan, preparations began. Devotees worked from early morning through lunch laying tarp, taping off edges, and painting. Few dozens of  people eagerly joined in this special seva and work was finished by mid-afternoon – giving plenty of time for the paint to dry before the first evening retreat program began.

A number of cultural programs were performed during the retreat. A string trio entertained the gathered crowd with selections from Handel’s Water Music. They were followed by local devotees dancing to one of Amma’s new bhajans – Mariamma (Samayapurattale). The beautifully choreographed steps embodied the words of the bhajan which praise Devi.
Throughout the programs, Amma’s Greenfriends Farm had a table just outside the Snackshop where they sold delicious fresh fruits, dried apples and persimmons, and jams made with fruits grown in Amma’s Orchard at San Ramon.

Amma wore a beautiful purple sari for Devi Bhava. Devi Bhava ended at approx. 8:30am the next day. Everyone rested before heading to the airport to catch their flights to the next program Detroit. 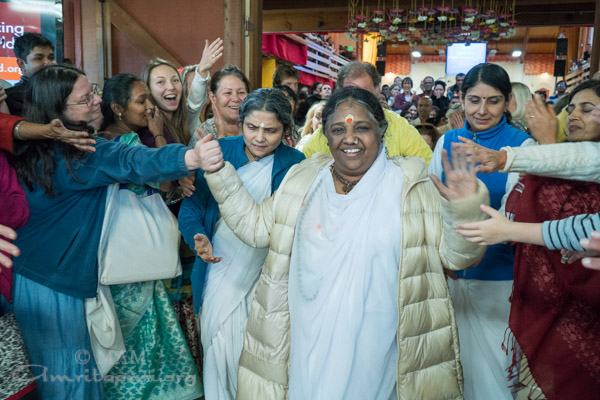 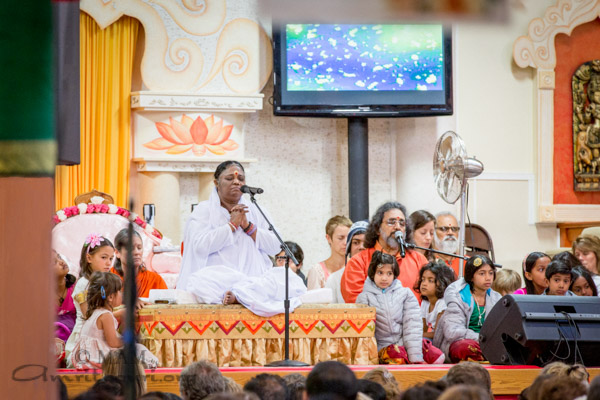 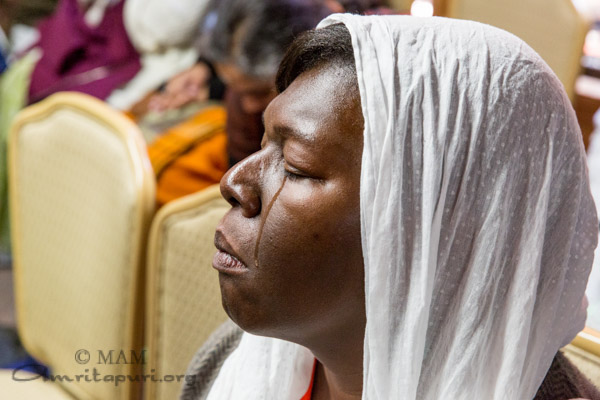 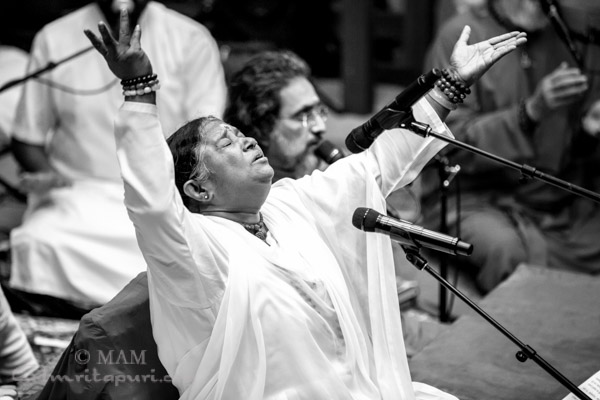 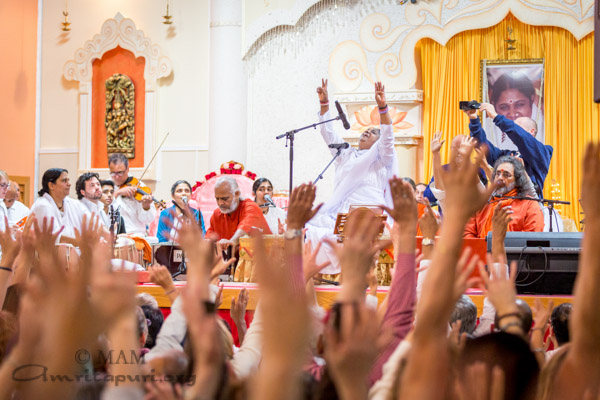 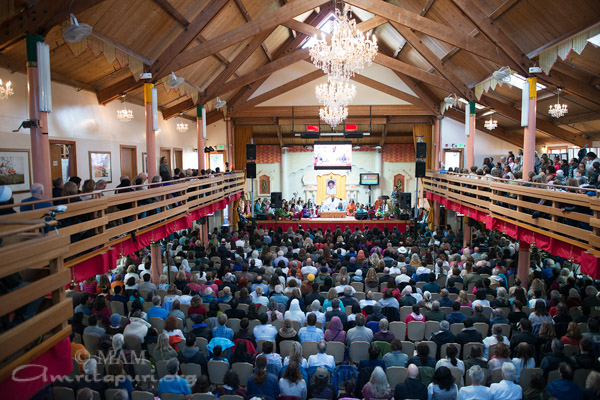 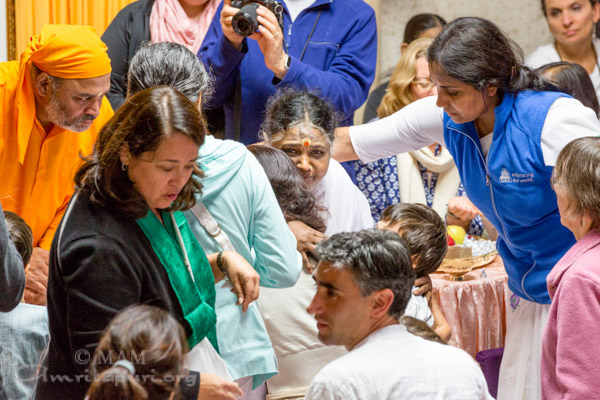 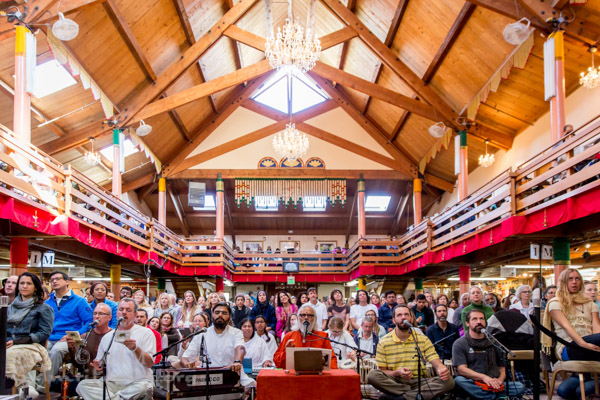 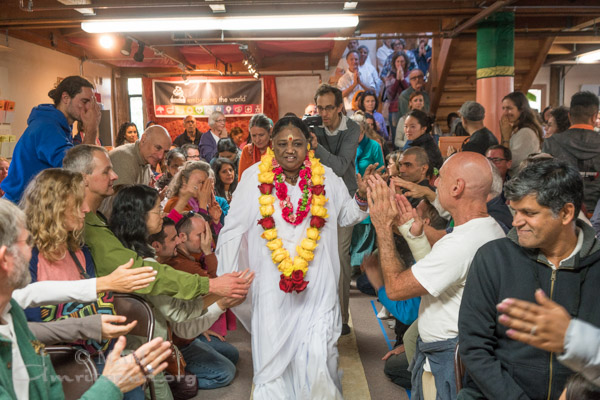 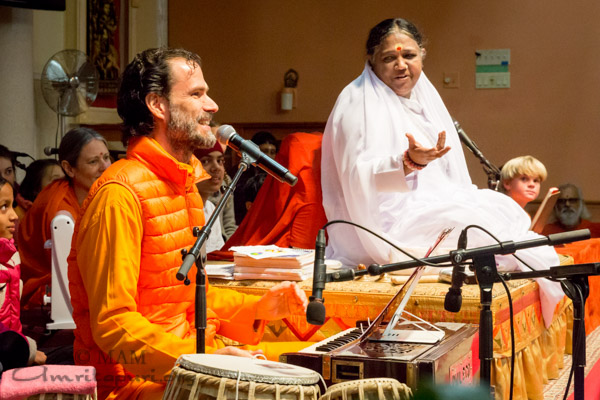 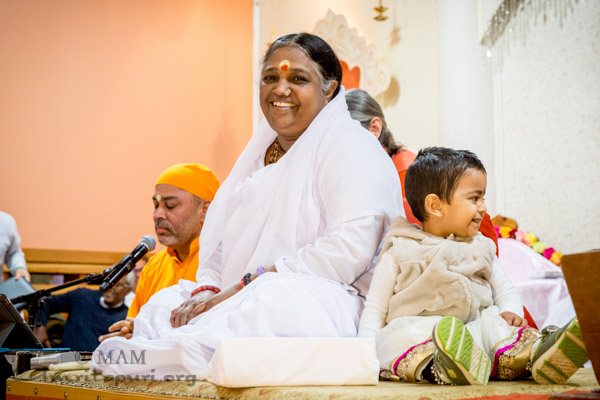 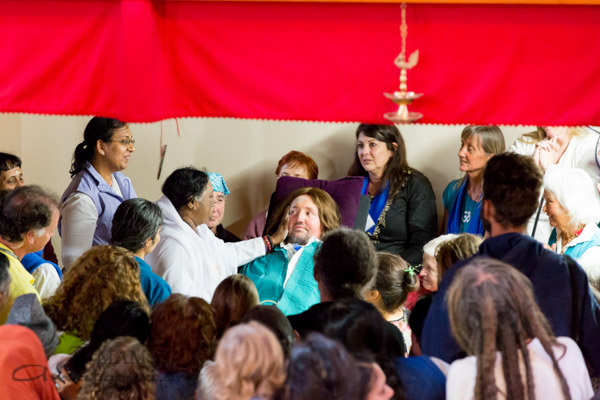 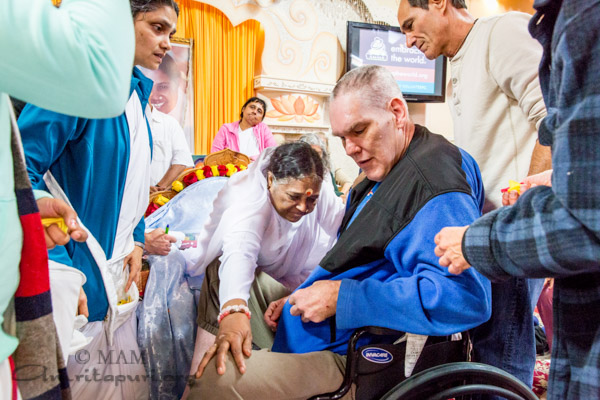 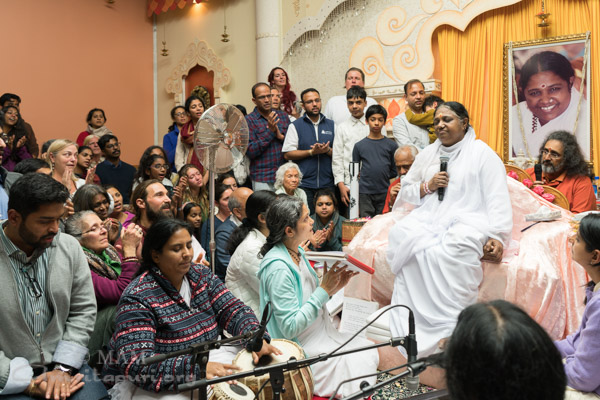