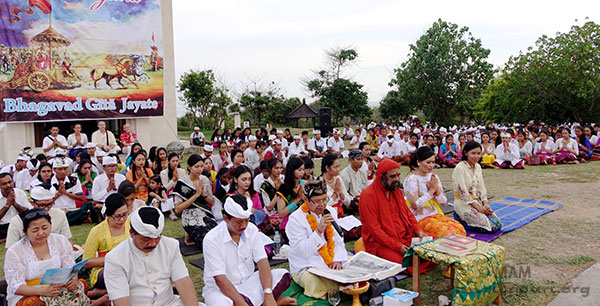 There were talks on the Gita, cultural performances, and singing.
Attendees also chanted the 12th Chapter of the Bhagavad Gita, after which everyone participated in a meditation session held at the beach. Swami’s beautiful flute music filled the air as the sun set during the meditation.

The event also included the signing of a declaration recommending that all a copy of the Bhagavad Gita be placed in each hotel room in Bali and that the Gita become part of the standard school curriculum. 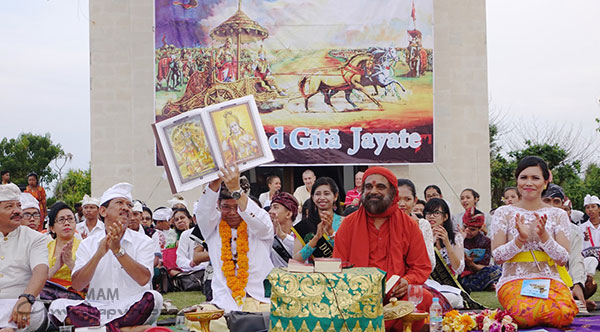 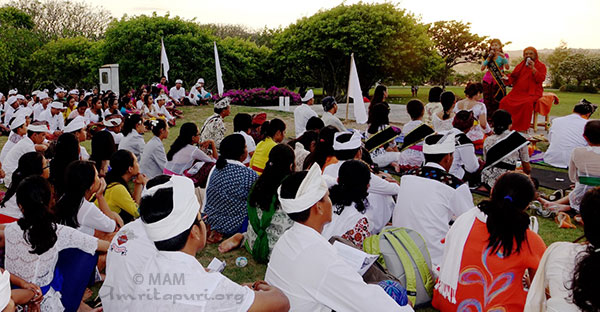 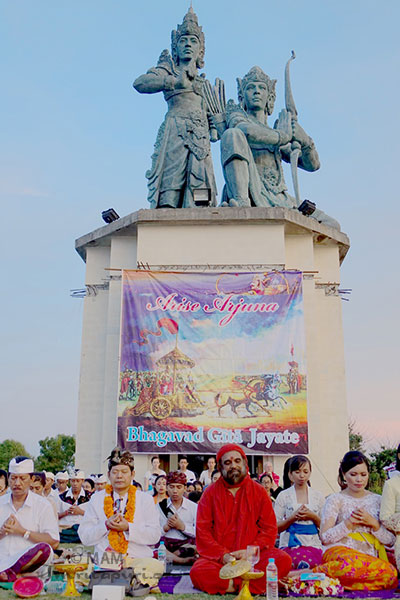