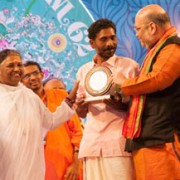 Amma has adopted 101 villages throughout India in order to help them become self-reliant models of sustainability, two years ago on her 60th Birthday. The Amrita SeRVe program focuses on uplifting all aspects of life: housing, education, hygiene, food and water, employment, infrastructure and general connectivity.

Sri. P.J. Kurien, the Deputy Chairman of the Rajya Sabha, and Sri. Amit Shah, President of the Bharatiya Janata Party, announced MAM’s provision of potable water systems for the village of Harirampur in Sawai Madhopur, Rajasthan, as well as a smart-irrigation system for Periyar Pathoor (Ettimadai, Tamil Nadu), and the provision of electricity via hydro-solar means in Komalikudi, Idukki, Kerala.

His Excellency Francois Richier, the Ambassador of France to India, announced MAM’s provision of potable water in Komalikudi, in Idukki, Kerala. 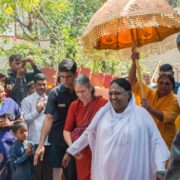 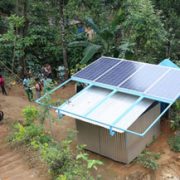 Amrita SeRVe weaves another tale of success in Valaramkunnu 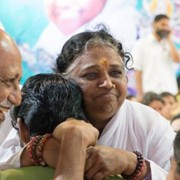 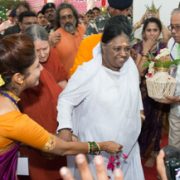 Motherhood is not about being a lady, but to envelope the world with your love 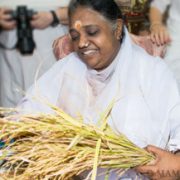 Organic farming of rice, harvest more than once 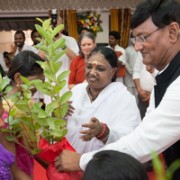 100 Crore commitment to sanitation in Kerala