The fourth time Embracing the World teamed up with “Stop Blindness” and “Vision without Borders” to prevent blindness in Kenya. Led by Isabel Maria Signes Soler from Spain conducted 154 surgeries at the Busia Public Hospital between 10th to the 19th April 2015. 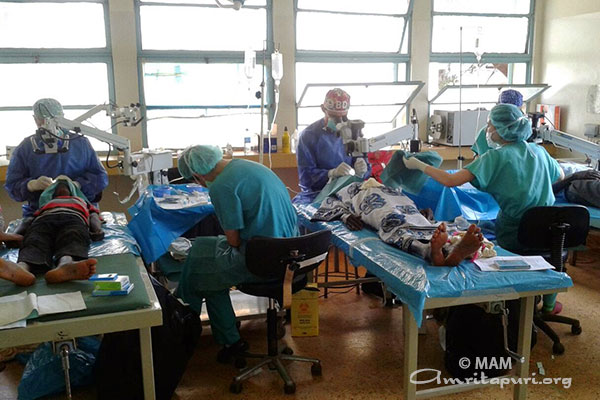 Busia County is a rural area of Kenya, near to the border with Uganda. The prescreening had been done by local ophthalmic doctors who selected the patients with cataracts and other ambulatory procedures. It was The patients were extremely grateful to have received this free and comprehensive treatment. 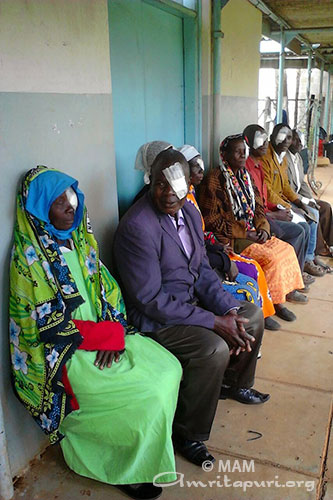 Most of the surgeries were to remove cataract, while some other eye problems were also treated, such as Pterigium and Conjunctival Melanoma. Young patients aged 9, 12 and 13 were also operated of traumatic cataracts. It was found that one of the widely spread conditions was uncorrected presbyopia, for which reading glasses were given to the patients free of charge.

One old woman told the doctors that she had two children but they both died. Now she was living alone and had nobody to help her. It was proving to be very difficult for her as she could not see. Her vision was less than 10% in both eyes. The team performed cataract surgery in both eyes. After the second surgery, she started dancing in joy right in the operation theater.

Another woman was suffering from leprosy and could hardly walk. She was operated in both eyes and was very happy having regained her vision.

Hon. Sospeter Odeke Ojaamong, the governor of Busia County, met with the doctors and expressed his heartfelt gratitude and appreciation for their hard work and dedication. The hearts of the beneficiaries were also filled with gratitude towards Amma and the medical team for the help they were receiving. 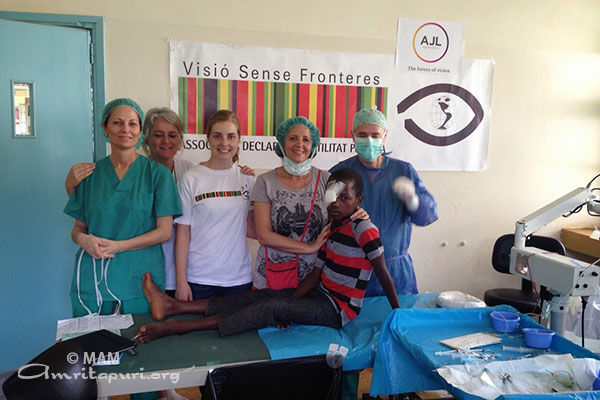