The Amrita Sphuranam project of Amrita Centre for Wireless Networks and Applications, the Mata Amritanandamayi Math will be providing solar-powered electrification for the entire rural village of Motakkara in Wayanad. Amrita Sphuranam was created as part of Amrita University’s Live-in-Labs Program and the Mata Amritanandamayi Math’s Amrita SeRVE initiative to make 101 villages in India totally self-reliant. 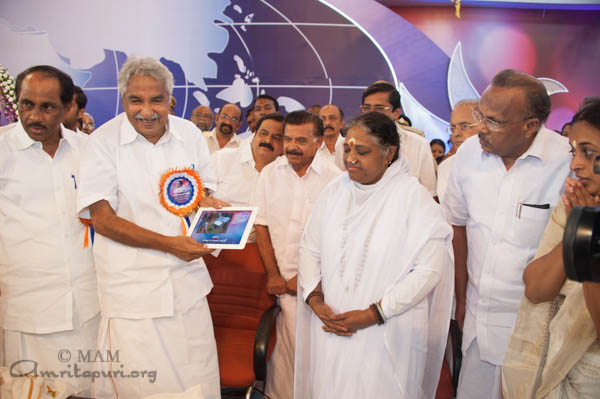 Addressing the gathering, Kerala Chief Minister Oommen Chandy said “Amma is a strength to the society and her birthday celebrations serve to spread the message of goodness and peace to the world”.