Sri. Rajnath Singh, Union Minister for Home Affairs officially launched the Mata Amritanandamayi Math’s Rs. 25 Crore Relief & Rehabilitation Package for Jammu-Kashmir, as part of which houses MAM construct houses for people who have lost their homes in the flooding. 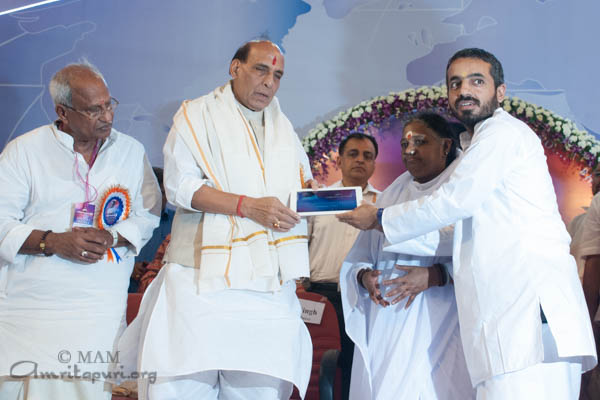 This would include housing for those who have lost their houses, monetary disbursements for widows, medical aid in terms of doctors and medicines and essential supplies.

As part of this huge effort, the MAM volunteers already distributed school kits for the children of Panjar in Udhampur district, at the behest of the local authorities. The request of the authorities came when the volunteers from MAM were inspecting the nearby affected areas after their discussion with Yasha Mudgal, Deputy Commissioner Udhampur. A school kit was handed over to each of the children identified from the affected families.