Amma began her visit to Spain by spending a day in the Barcelona Ashram and inviting all of the devotees there for lunch.

Before serving the meal Amma delighted all the devotees present when she lead the beginning of the guided meditation in Spanish. 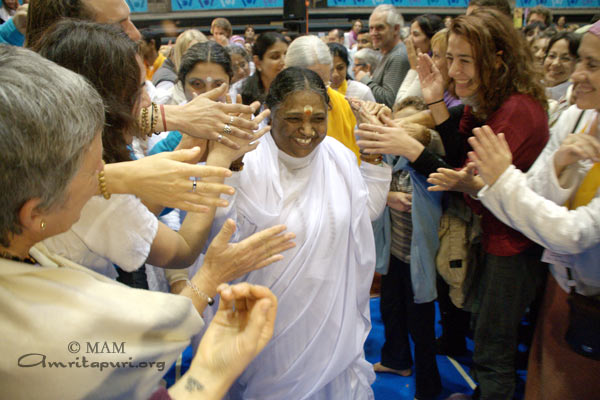 The Mayor of the city of Granollers, Mr. Josep Mayoral i Antigas, came to officially welcome Amma to the city. Amma was also greeted by Mr. Salvador Jorba, a delegate from the Cataluña State government. After meeting Amma, Mr Jorba shard his thoughts, “The most important thing i felt is love. I think that if love is possible to transmit in a physical form, Amma achieves this. She achieves to transmit this sensation of internal love. After darshan I felt peace, serenity, tranquility and spirituality. It’s a real gift to receive such spirituality.”