You are here: Home / Amma / Amma’s Childhood / The Universal Motherhood

After this experience, the Universal Motherhood that was awakened within Her made Her spontaneously embrace everyone who came to Her, experiencing each one as Her very own child. Hundreds of people were coming each day to spend a few moments in Her arms. Amma would listen to their sorrows and console them. She also began teaching them about the true purpose of life.
Meanwhile, the village youths intensified their harassment to the point of trying to kill Her. Sudhamani’s parents were devastated by the events rocking their family life. But seeing their daughter’s courage and steadfastness, Her compassion and equipoise in the face of all adversity, they began to understand that Her life had a very special purpose. 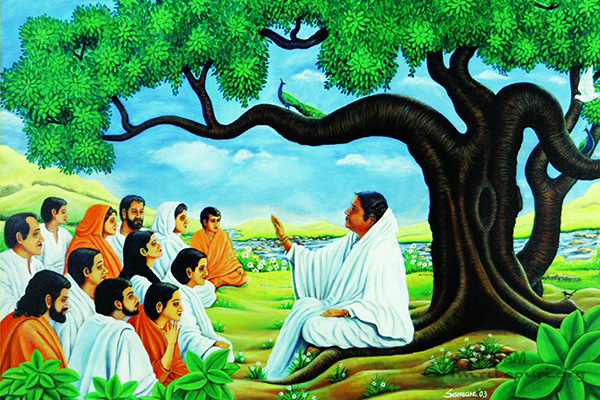 In 1979, Amma’s first monastic disciples came to reside permanently by Her side. It was they who named Her Mata Amritanandamayi (Mother of Immortal Bliss). As more and more young men and women felt inspired by Amma’s selfless compassion and began coming to Her for spiritual guidance, an ashram was founded. Thus in 1981, the construction of a few humble thatched huts next to Amma’s family home marked the beginning of the Mata Amritanandamayi Math. 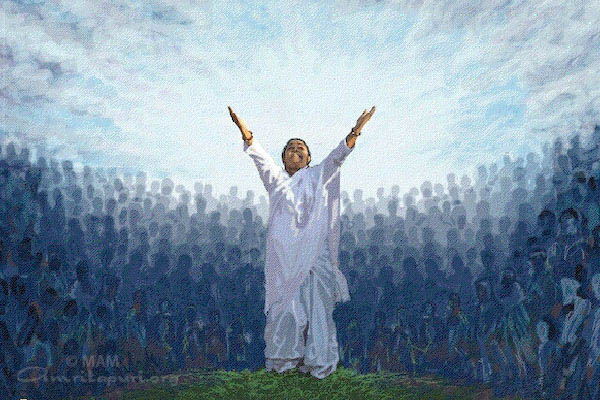 But Amma’s children were not in India alone. In 1987, in response to their invitations, Amma embarked on Her first world tour. Today Amma spends most of the year travelling throughout India and the world, where people flock to see Her and are inspired by Her example of pure love and compassion.

Amma’s home at Amritapuri, South India is now also the home of monks, nuns and householder devotees and students (Brahmacharya, Gruhastha, Vanaprastha and Sannyasa). They have been inspired by Amma’s teaching—by her life—and have dedicated themselves to serving the world through Amma’s vast network of charitable projects.
When Amma is at the ashram, thousands visit her every day from every corner of the world. 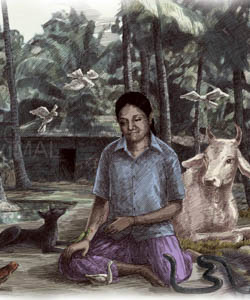 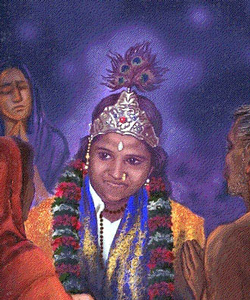 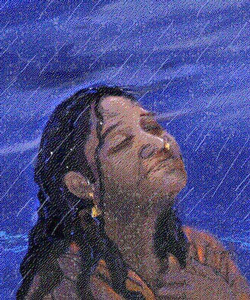 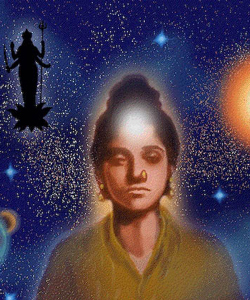