AmritaSREE (Self-Reliance Education & Employment), the women’s empowerment program has completed 16 years and is entering its 17th. Currently, AmritaSREE comprises 15,000 groups with more than 2.5 lakh members in 21 states. Most of the members are from villages and other isolated rural areas.

This year, MAM organised the anniversary event at Amritapuri, where it launched a second instalment of a COVID-19 aid package to SHG members. It consists of financial assistance, grocery kits and clothes worth ₹35 crore. Aid is also going to people affected by recent floods in Kerala.

Take up the reins of your life, become a role model

Amma explained this is support for the fact that these women sincerely try their best to stand on their own two feet. “Amma’s AmritaSREE children are those who sincerely try their best to stand on their own two feet, without shifting their responsibilities to anyone else, or depending on others, or blaming others. If we focus on the faults and shortcomings of others, there will be time for nothing else. Instead, take up the reins of your life firmly in your own hands and move forward. This is the role model we should follow. Amma has heard about and seen many examples of the change your togetherness and combined activities have brought in the society around you, as well as the changes that have come in your own lives when you took upon the responsibility. Many of the AmritaSREE members in different units have been able to put in money and start their own business. Many have been able to build homes for the homeless from the profit from their businesses. Many were able to conduct weddings with the money. Many were able to give money to others for treating illnesses. Even though those people did not have much, they had the attitude to contribute what they had earned through their hard work. There are many such stories from every unit. Amma believes that as such understanding grows, we will be able to bring about a great change. Be courageous, fearless and full of self-confidence.

Amma’s female children should come forward. They should awaken and stand on their own feet. At the same time, they should look back once in a while. This means that behind the mother comes the child. Mothers should remember to be good role models for their children. For this, a little patience is needed. It is this quality that should be developed. The womb is a precious gift with which God has blessed women. By “womb,” what is meant is the spirit of motherhood. Love, patience and compassion are all included in this motherhood.

Matrusakti—the feminine power of motherhood—is the very basis for this universe. When the father scolds the child, the mother is seen to balance it out with a loving hug. Even though the mother may also scold and spank the child, when the father gets angry, she will quickly hug the child and support it. It is this compassion that supports the universe” Amma said.

Sri Arif Mohammad Khan is the Honourable Governor of Kerala and virtually attended this year’s event to declare the launch and distribution of aid to the SHG members. He shared how he was deeply moved by the story of a poor village woman who came to Amma about a disease that affected the poultry in their village, and that Amma spent a long time speaking with the woman about it.

“For an affluent onlooker, the death of two or three hens may sound very small. But for the poor woman, poultry-rearing was a means of livelihood. When she saw her hens dying, the village woman realised that the rhythm of her life was disrupted,” Khan said.

“Amma realised this and considered it her duty to give her patient care and console her. The message that Amma gives is that there is nothing holier than feeling the pain of those who suffer. That is the essence of all devotion.”

Since the start of the COVID-19 pandemic in 2020, MAM has provided close to ₹50 crores in direct financial assistance to AmritaSREE SHG members. Because the pandemic continues unabated, MAM has decided to now give an additional financial assistance of ₹35 crores. With this, the total amount contributed since the onset of COVID-19 stands close to ₹85 crores. These contributions include ₹10 crores the Math contributed to the Prime Minister’s Disaster Relief Fund and three crores given to the Kerala Chief Minister’s Disaster Relief Fund towards COVID-19 relief measures in April of 2020.

Every year, on the anniversary of AmritaSREE’s launch, MAM provides a seed grant of ₹30,000 to each SHG. Sarees are also distributed to AmritaSREE members. Even when the COVID epidemic hit in 2020, Amma ensured all necessary help, including food kits, reached all AmritaSREE members.

V Muraleedharan, Minister for state for external affairs, C.R. Mahesh MLA and Sujith Vijayan Pillai MLA were also there to falicitate during the occassion. 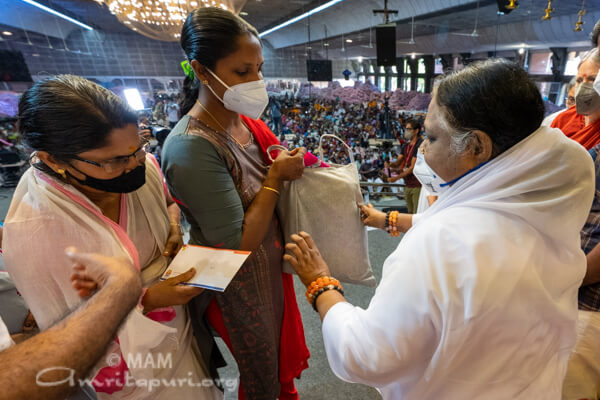 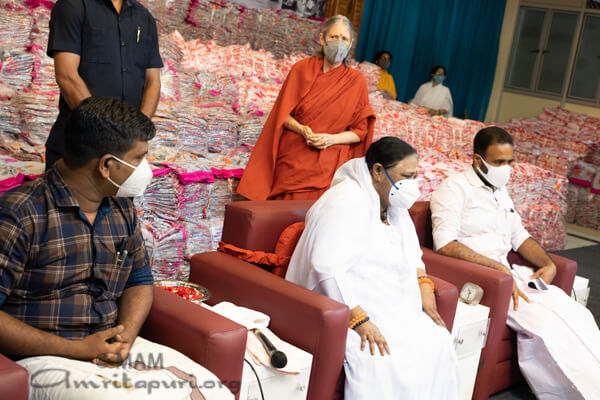 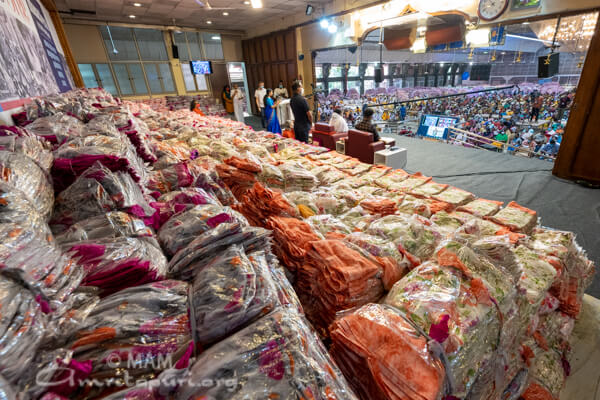 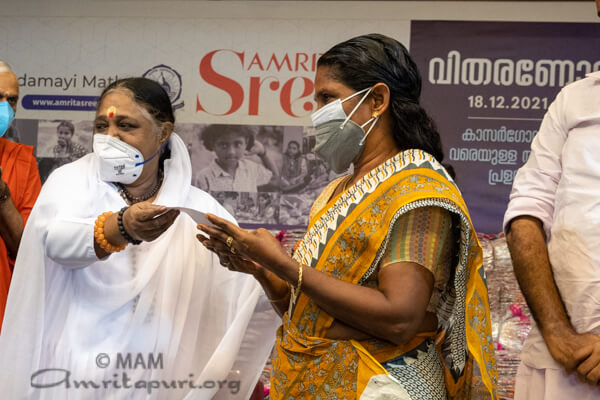 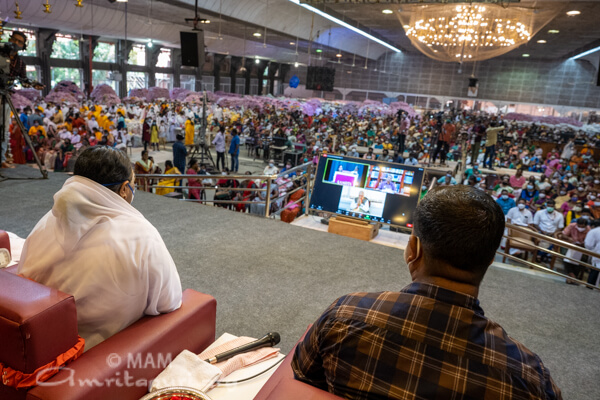 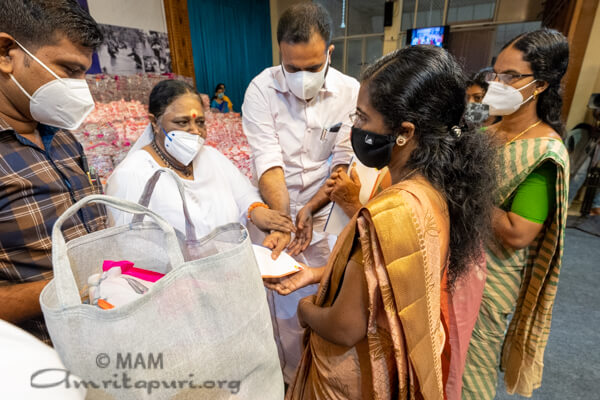 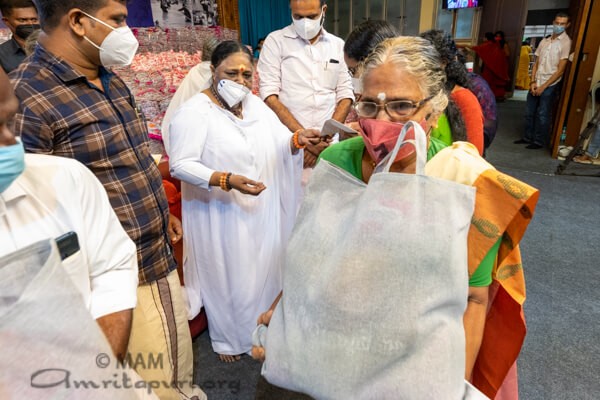 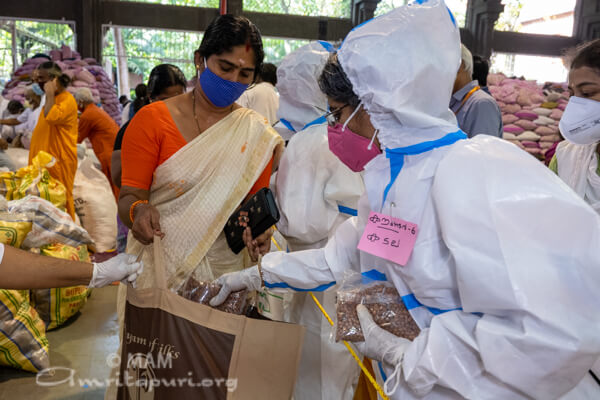 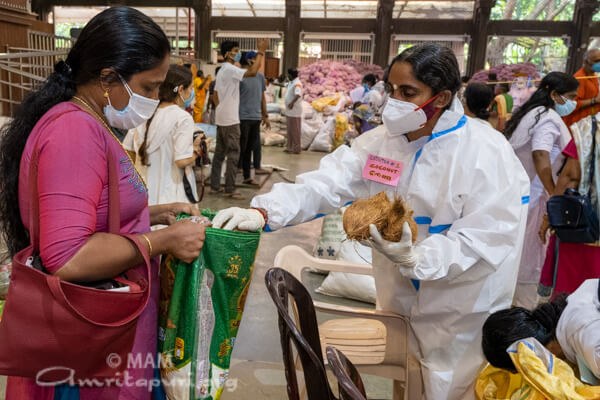 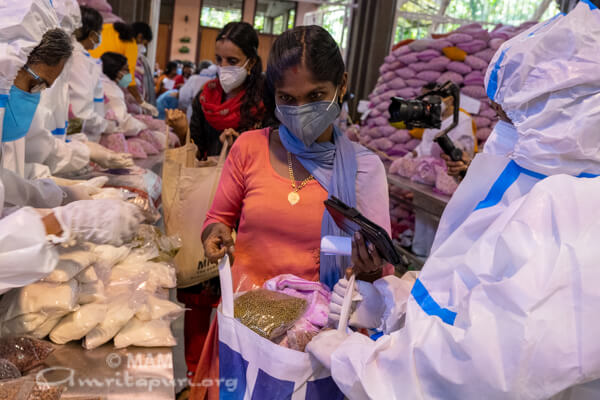 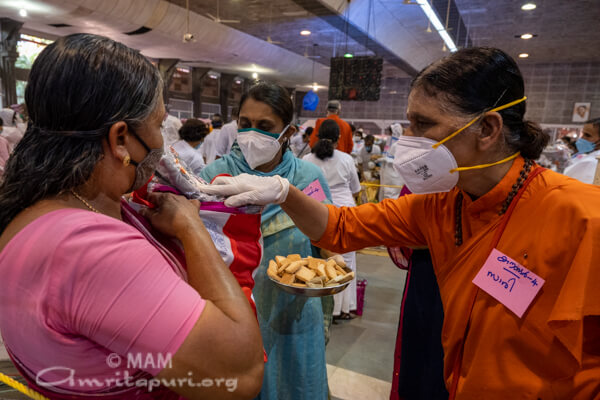 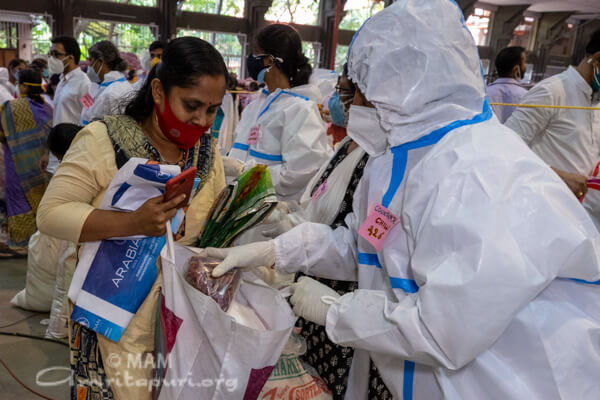 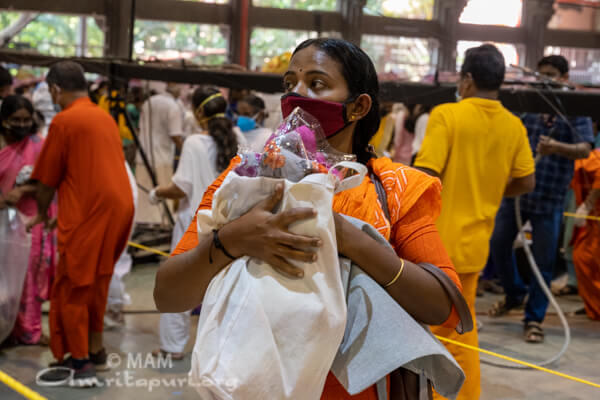 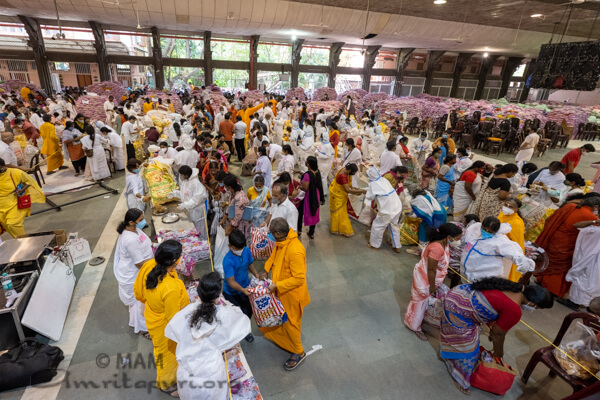