Normally the festival of Holi takes place when Amma is in the North of India as part of her annual Bharata Yatra. This year Holi took place just a few days after Amma returned to Amritapuri so all the residents in the ashram were fortunate to celebrate with Amma in person. Some of those devotees from North India that usually get to be with Amma on this day all the way to the Ashram to make sure they didn’t miss the chance to celebrate with Amma…and they did not come … they came with trays of powders and many large water pistols and a large pot filled with water…all kept ready in case Amma came out.

Around Amma came without any prior information to the Kali Temple to “play Holi” with everyone. In Kerala, Holi is not a widely celebrated festival and people are more focused on Onam and other local holidays, so before celebrating with everyone Amma explained the significance of Holi to better understand the beauty and deeper meaning behind the festival. {news}

After the brief explanation Amma shared some humorous anecdotes of her own childhood and how she celebrated Onam. Amma asked everyone to pray for the martyed soldiers in the recent terror attack.

Next Amma sang two Holi themed bhajans as the whole hall clapped in joy. Half way through the second bhajan, Aye He Holi, Amma could no longer resist the trays of colored powder next to her or the large pistols filled with colored water and to the delight of everyone she began ‘playing Holi’ as she sang. Clouds of colored powder and streams of colored water rained down on all within range of Amma. As the bhajan reached its crescendo Amma stood up and began to dance as she continued to color everyone around her; even the musicians and their instruments who thought they were safe sitting behind her.

As the song concluded all were blissfully doused in a rainbow of colors and Amma asked everyone to meditate together and pray for world peace, concluding the celebration with everyone chanting Lokah Samastha Sukhino Bhavantu. 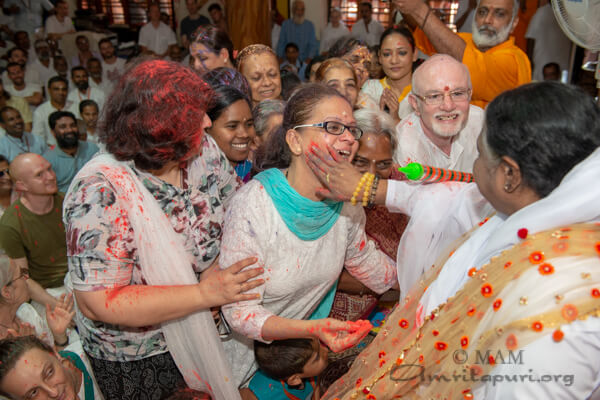 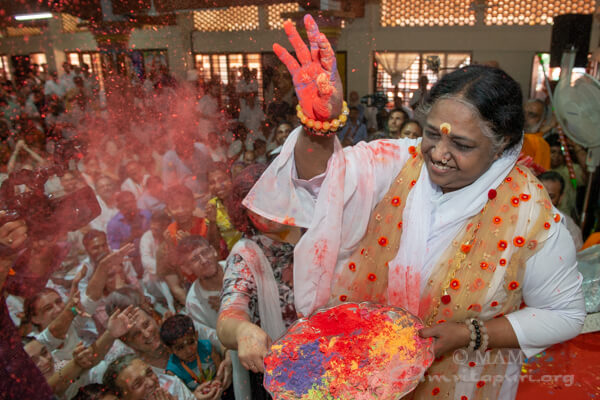 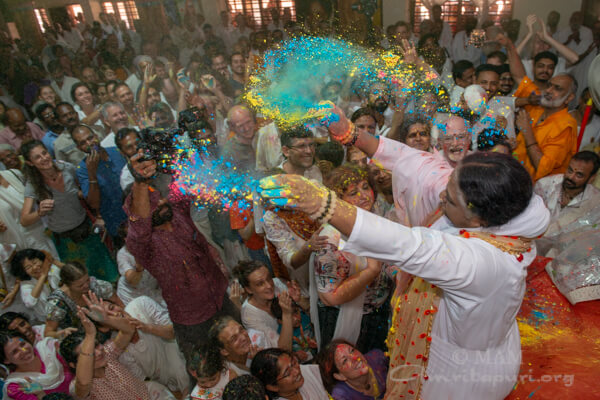 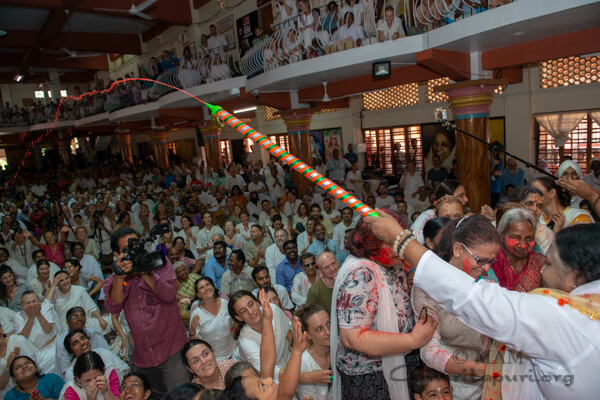 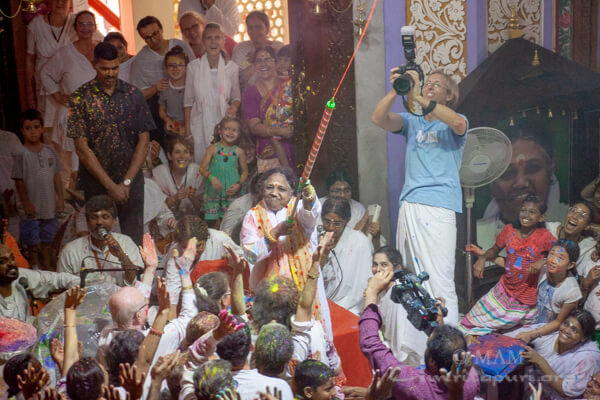