11 April, Suhagnagari, Ferozabad , enroute to Lucknow – Bharata 2016
Amma and the group travelled to Lucknow after Vrindavan. On the way the group stopped for luch at Suhagnagari, Ferozabad. The most shaded place we found was a club – FM Green City ! Amma sat on the veranda and served lunch to all. Sang bhajans too. Amma’s visit to Vrindavan and the request of sages and saints had come in the local news papers – a collective plea to Amma to help clean the badly polluted sacred river Yamuna. A local reporter of a Hindi newspaper called Hindusthan of Ferozabad edition just appeared from nowhere and started asking Amma about her thoughts on the subject. Amma happily replied to him for all his queries. 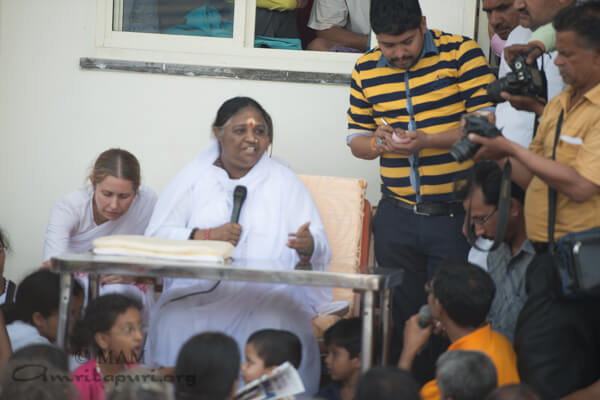 Amma said:  “For such a project, all have to come together to make it possible. First, we have to create awareness among people. Without awareness, it will be like the elephant’s bath. An elephant takes a bath, and then covers itself with dust. At present, toilet water is going straight into the river, filling the water with harmful organisms. Thus, the first step is to stop toilet water from going into the river.

“Amma’s children have cleaned the Pampa river {news}. Every year, more than 2 crore people bathe in the Pampa’s waters as part of their pilgrimage to the Sabarimala temple {temple cleaning news}. After their bath, they leave their clothes behind in the river. This waste cloth has been lying there for years, rendering the waters dirty. Amma’s children cleaned the river and removed tons of waste clothing. Now, the government has put up informational signs warning people not to leave their clothes in the river, educating them about the risks. The High court of Kerala ruled that leaving cloth in the river is a crime. There is also a fine imposed on those who violate the new rule. Segregation of waste management is also important. There are one set of waste bins for these clothes, and another set for other waste. Through the media and police enforcement, more awareness is created. After our 5th year of cleaning the Pampa river, the situation has improved by about 80%. However, neither toilet water nor factory waste waters flow into the Pampa river.

“Here the case is different. The Yamuna is a long river. It passes through many different states. The state governments should give permission, co-operate and help to clean the river. The sewage water should not go into the river. Toilets should be built for all those living on the riverbanks; for those who do not have space for a toilet on their property, community toilets should be created. Sewage treatment plants need to be set up in each area. For every 1,000 houses, there should be one such plant. Alternatively, biogas generators can handle the waste.

“In dealing with the factories, a subsidy should be given to create a method to properly dispose of waste. If a given factory failed to do so in a stipulated period of time, the facility could be fined or even have electricity and water supply disconnected. 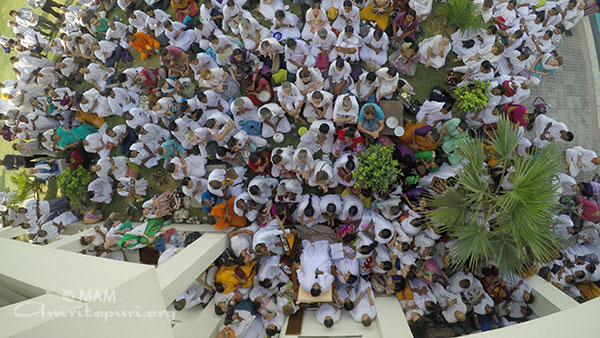 “Trusts and committees should be formed, with the cooperation of the affected communities and government officials. People can be hired to implement the above policies. Cleaning the Yamuna River can only be accomplished if many people come together to make it happen.

“Ultimately, we need more awareness; changes in the laws are not enough. For example, diabetic people take medications, but if they continue to eat sweets and don’t do proper exercise, their sugar levels will remain dangerously high. Likewise, we need more awareness in regards to the Yamuna and our interactions with it.”

Amma sang a bhajan and gave darshan to the locals and the group started off to Lucknow. Some of us were discussing and savouring the comprehensive approach of Amma to clean river Yamuna and were in wonder how practical she is. 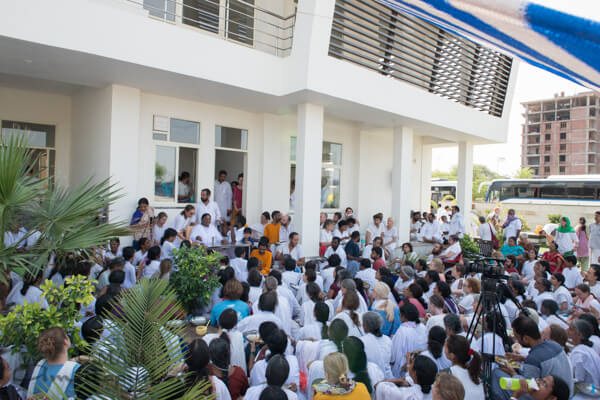 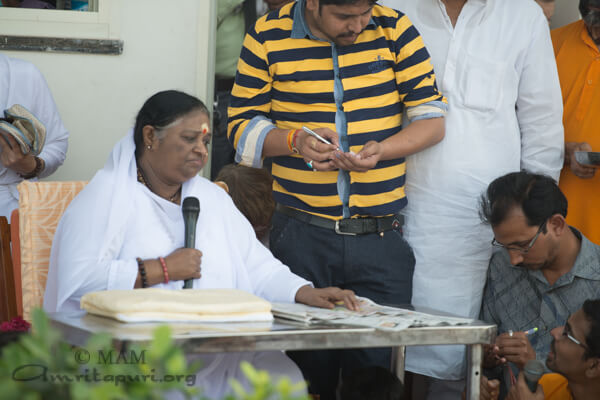 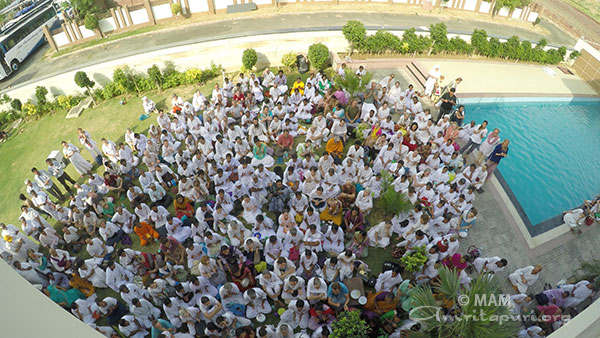 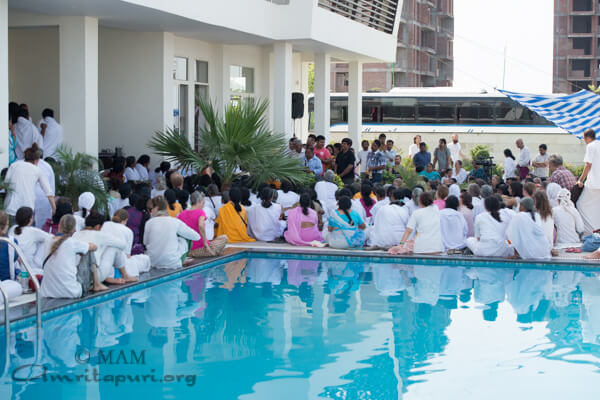 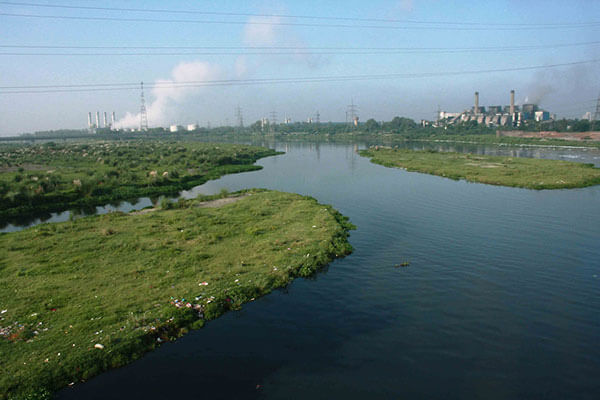