After her program in Amdavad, Amma held a one day public program at the Tagore School Grounds in Jaipur. It was Amma’s first visit to the city since 2011 and a second time at the same grounds.
During darshan many were requesting Amma to come back every year and soon start an ashram center here.

Harirampur is one of the villages where MAM has also supplied potable water {news}. The head of the village came with his wife to thank Amma for all she has done for them. When they approached Amma they very humbly sat down in front of Amma as they would do in their village home, with so much innocence (and cuteness). Amma was very touched by their humility.

Upon her arrival to the city, Amma visited the same house that hosted her on her previous visit. That time in 2006, Amma’s visit coincided with Holi and the family was blessed to play Holi with Amma in their own home {news}. Remembering that first Holi celebration with Amma, they again welcomed with festive Holi songs and showering flower petals, while singing ‘Holi! Holi!..’

During her visit to the city, a man was brought to Amma for darshan by his mother. The man has been suffering from liver cancer for the past two and a half years. His cancer had now progressed to the last stage and his leg had become extremely swollen. His mother was was overcome with grief sharing their plight with Amma and humbly requesting Amma’s blessings for her son.

The following evening Amma was welcomed to the stage by PP Choudhary, Member of Parliament, who said, “Amma is a walking form of God.”

Amma distributed saplings to villagers of Harirampur as part of the AmritaServe. The villagers also brought Amma seeds and grains that they have grown organically in their village.

Amma then addressed the crowd and delivered her satsang which was translated into Hindi. Amma also sang bhajans in Marwadi and led a guided meditation and manasa puja in Hindi before giving darshan to everyone that came. For both satsang and bhajans people were listening very attentively and clapping enthusiastically.
After darshan ended early the following morning, Amma and the tour group travelled to Delhi for the next stop on the tour. 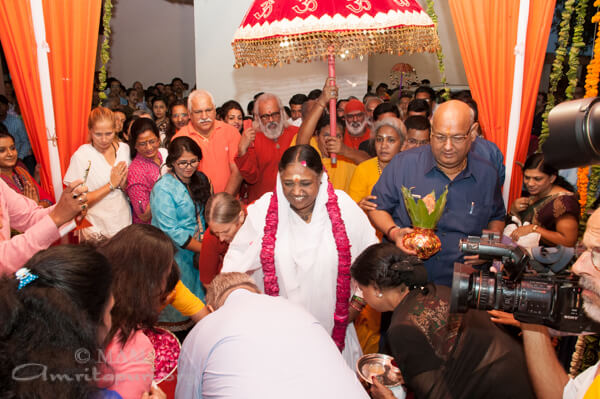 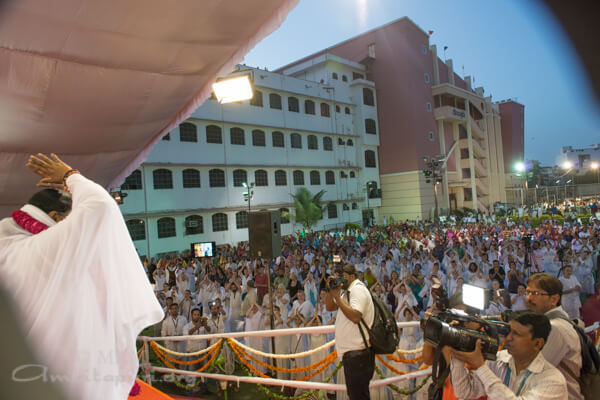 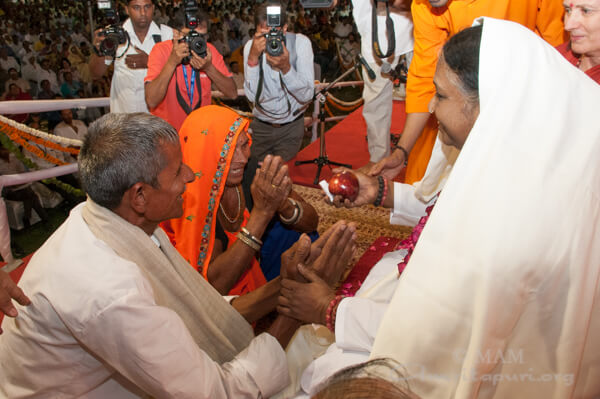 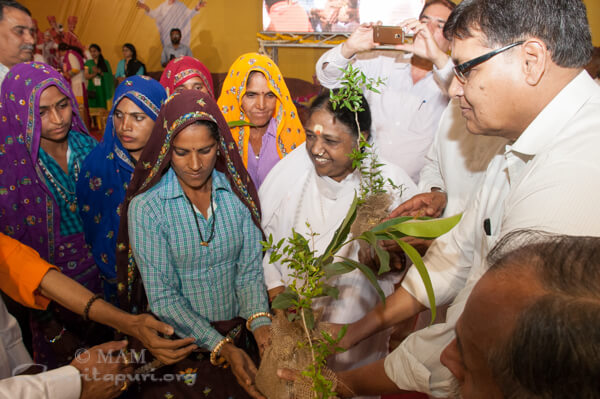 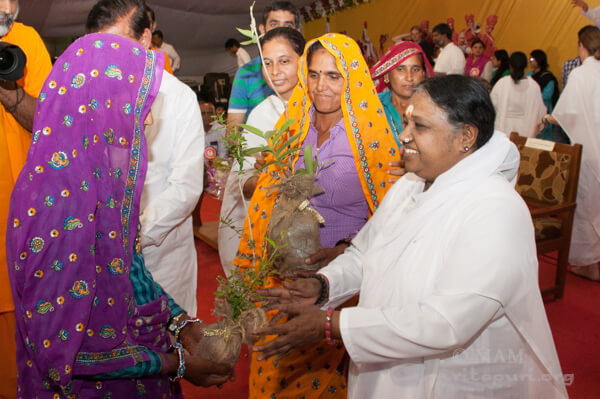 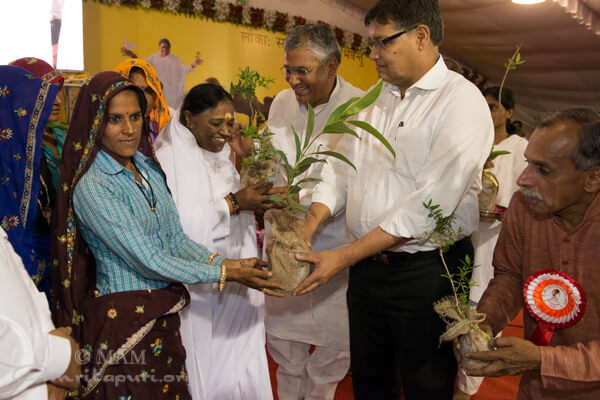 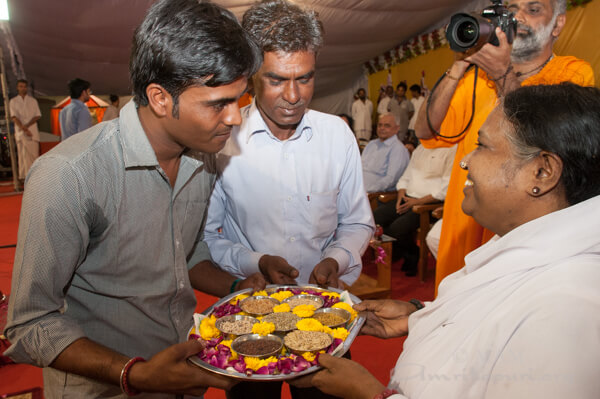 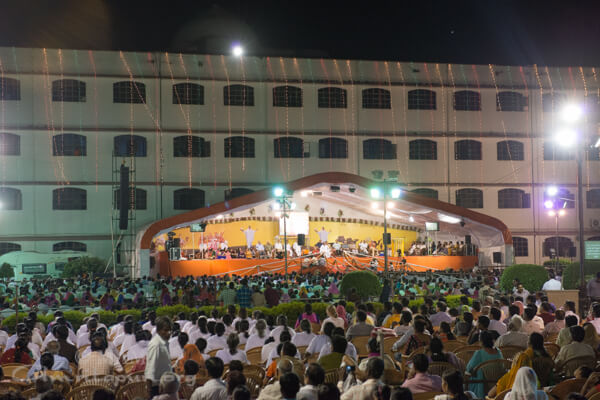 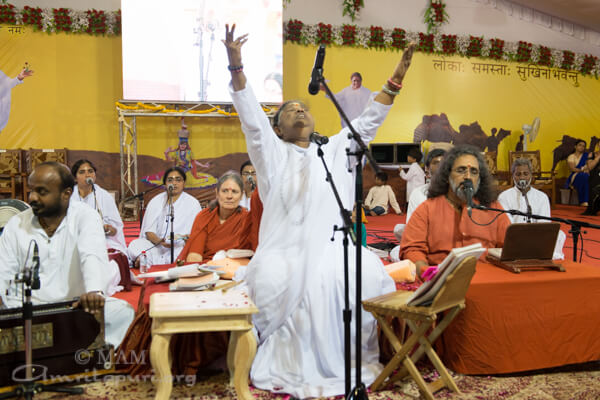 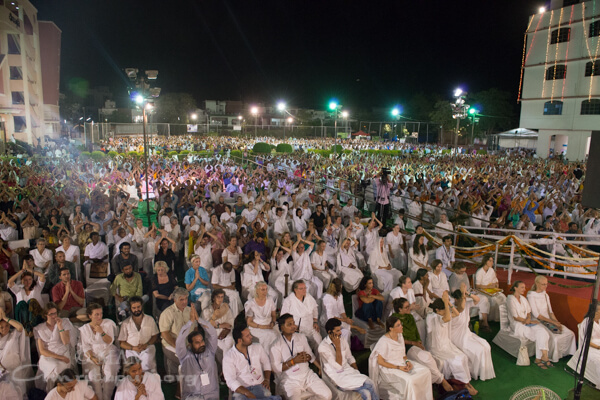 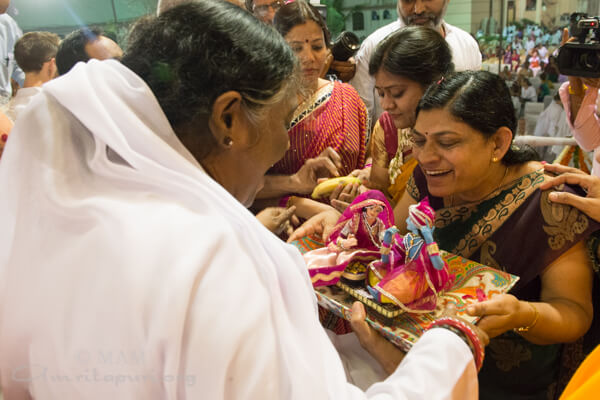 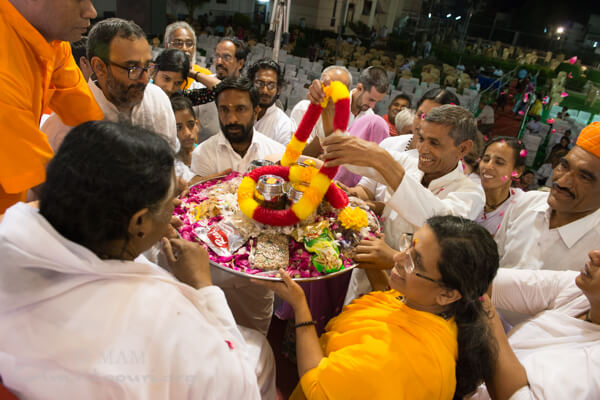 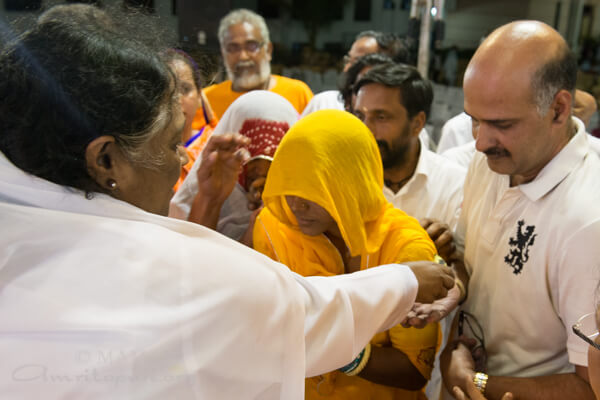 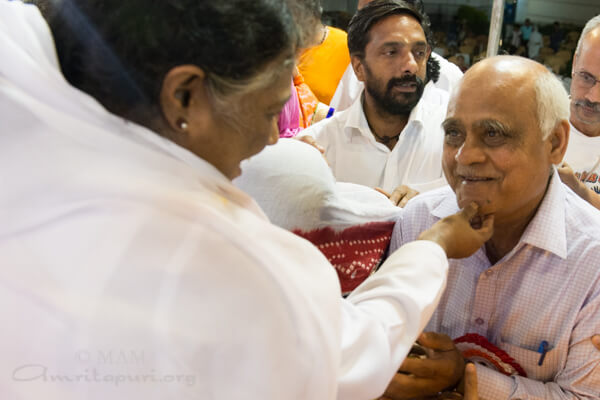 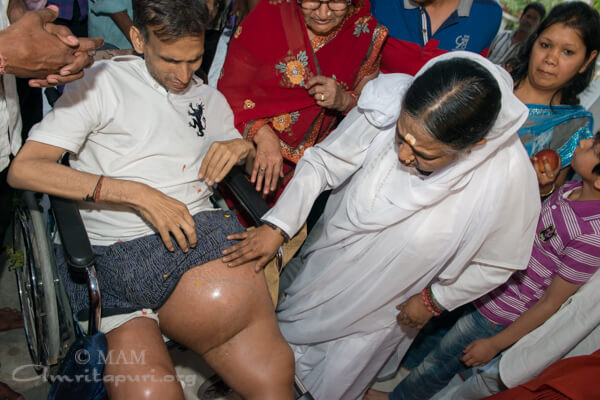 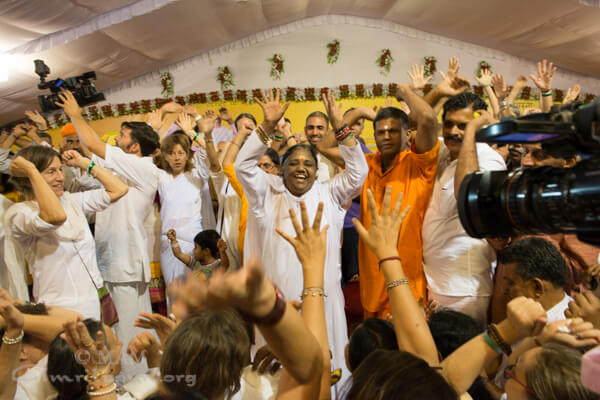