Following more than a week of rains in early September, Tropical Storm Etau could not have hit eastern Japan at a worse time. On September 9th, Etau began to further inundate the already rain-soaked terrain north of Tokyo—dumping as much as 2 more feet (65 cm) of rain in 24 hours in some areas. The storm finally caused levees to fail and rivers to overflow their banks, leading to massive flooding and hundreds of landslides. By September 12, the flooding had ravaged Ibaraki, Tochigi, and Miyagi Prefectures, causing nearly $100 million of damage across the entire region and killing seven people. Over 18,000 homes were flooded, and nearly 3000 people still remain in evacuation shelters. 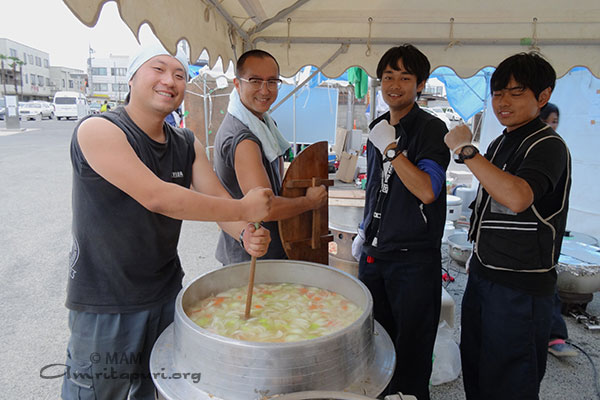 Our volunteers immediately arrived on the scene in Joso, one of the hardest hit cities. Additional volunteers also arrived from the Japanese student volunteer organization, IVUSA, many of whom had already worked with us in India on our disaster relief programs in Uttarakhand, Nagapattinam, and Pune. They quickly rekindled the joyous spirit in which they had previously served in India, and their enthusiasm for helping others even managed to bring smiles to the faces of the flood survivors as well. Manning a tented kitchen in a park encircled by flood wreckage, the combined teams of Embracing The World and IVUSA teams cooked some 500 meals of Japanese soup and rice for lunch and Indian curry for dinner for the displaced flood victims. Most of the meal recipients reported that our meals were the first hot food they had eaten since the flooding began many days earlier. 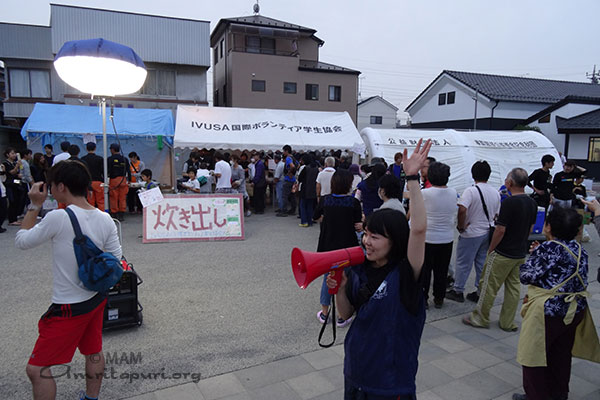 In teams of 10, the volunteers visited Joso’s flooded houses. Muddy waters often still filled these homes, so the ETW-IVUSA teams moved furniture, appliances, tatami mats, and other household items to drier places. Our volunteers’ enthusiastic and compassionate service not only improved the physical circumstances of the flood victims, but also warmed the hearts and lit the faces of those victims as well. 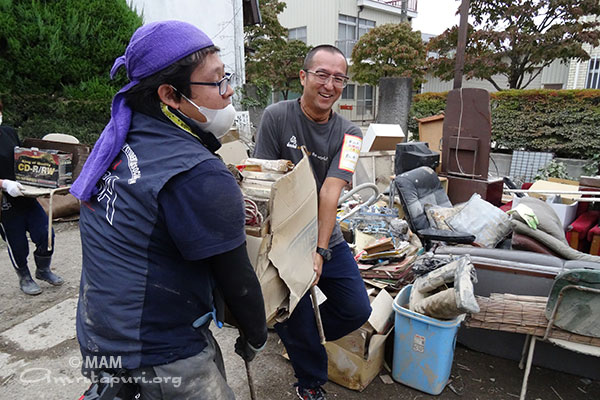 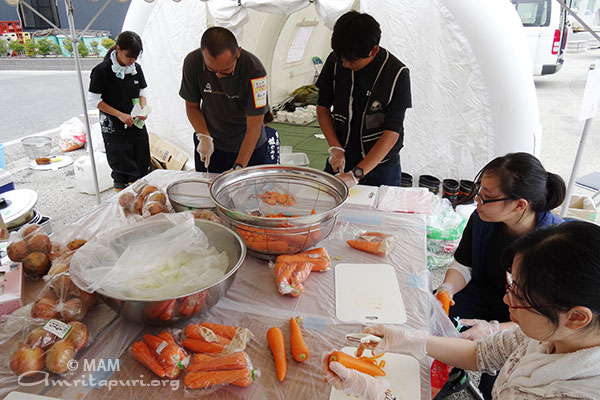 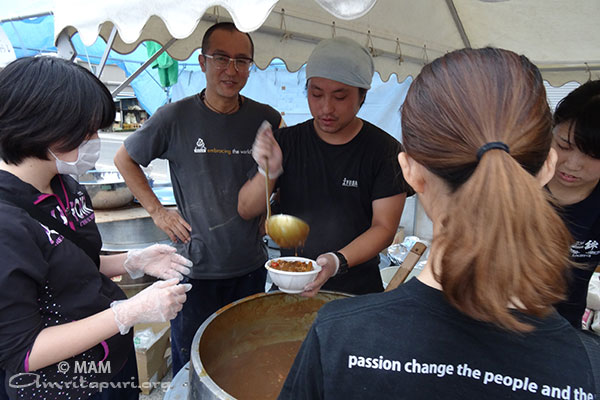