On the heels of a wonderful Onam celebration, just a week later the ashram was again in a festive mood for Krishna Jayanti. The day’s celebrations started at 7.30am with a cow procession from the kitchen area towards the front steps of the Kali Temple. A GoPuja (cow worship ritual) was performed there to the ashram cows, all adorned in beautiful colors. They were also offered fruits by devotees and children dressed like little Krishnas & Gopis. 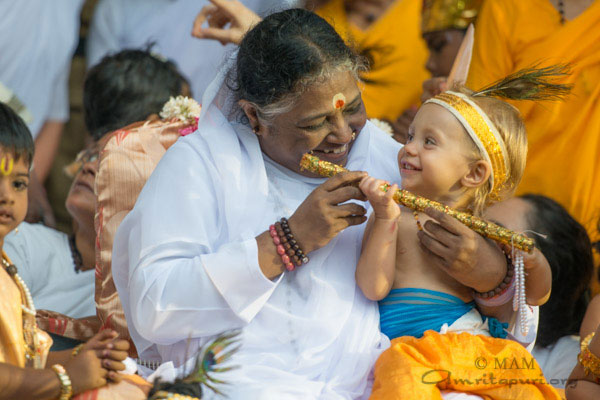 As it was a Saturday, Amma came out to the main hall to give regular darshan at 11am. She finished early though in order to join the special traditional Uriyadi games in front of the Kali Temple.

A procession, singing the name of the Lord, coming from Sri Krishna  temple at Kuzhithura joined the celebrations in front of the Kali temple at the Ashram.  Amma enjoyed watching the children and youngsters dance & try their luck to break swinging pots, reminiscent of little Krishna’s escapades stealing pots of butter. This was followed by joyful Krishna bhajans led by Amma, surrounded by all the little Krishna’s of Amritapuri. 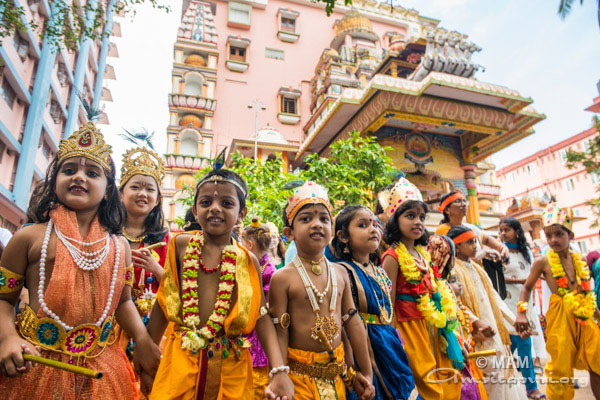 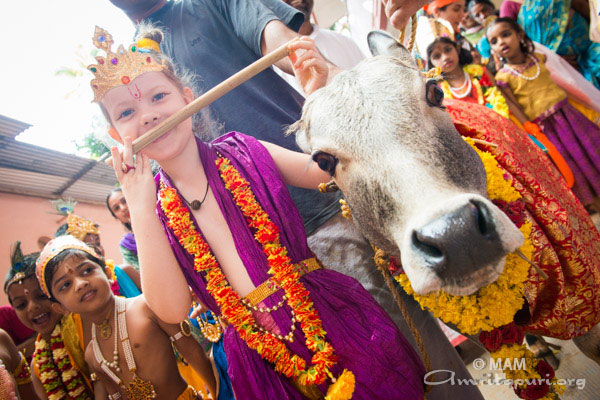 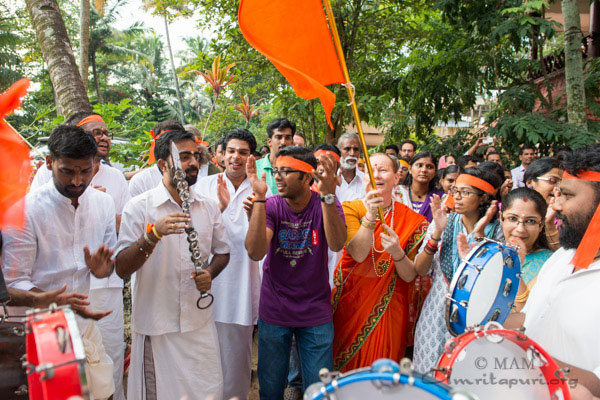 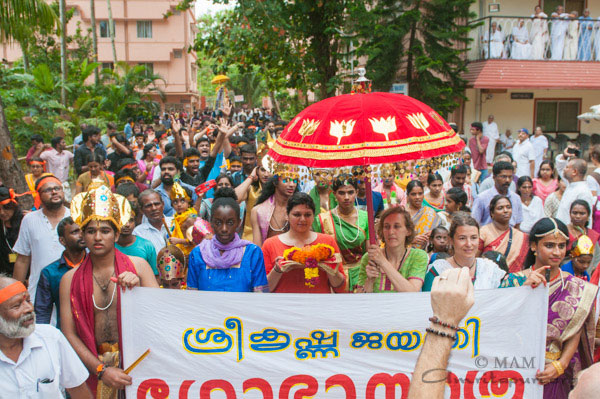 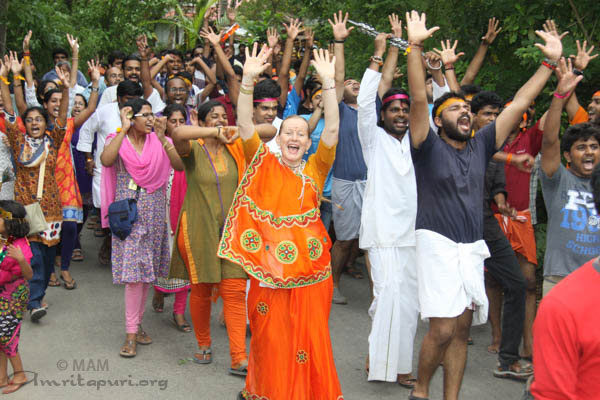 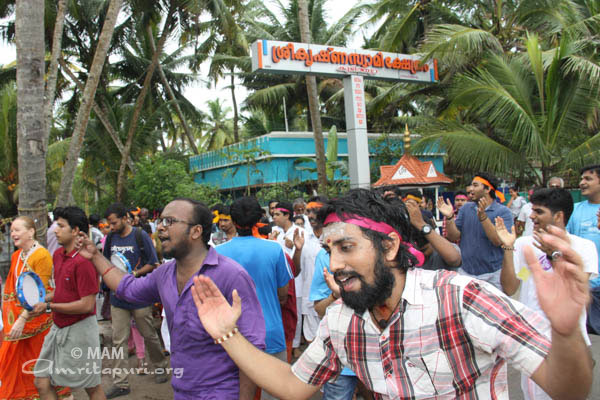 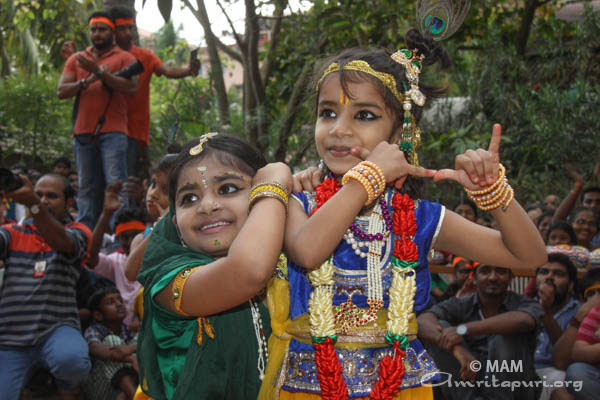 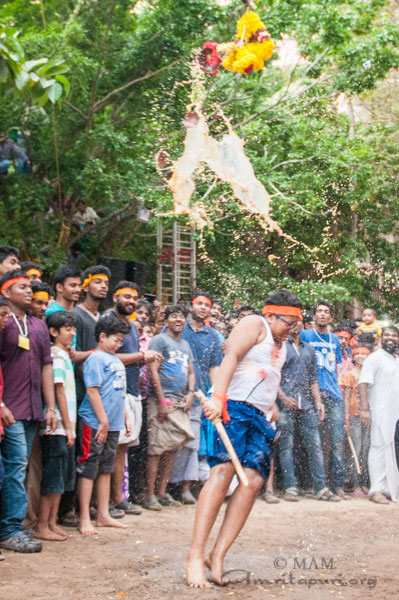 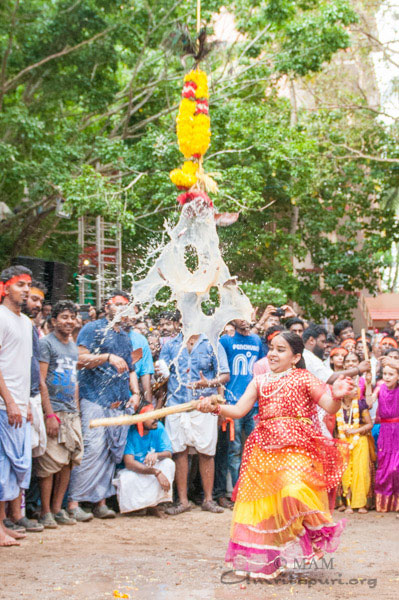 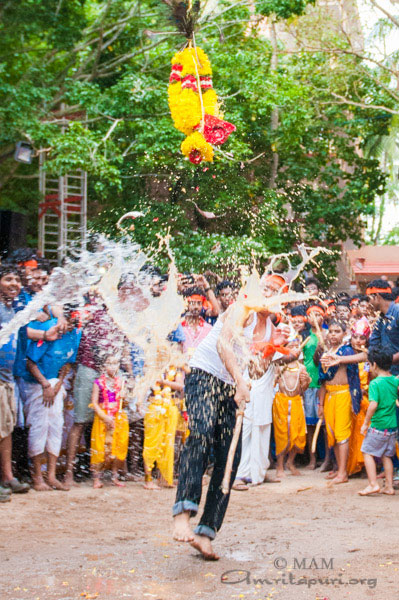 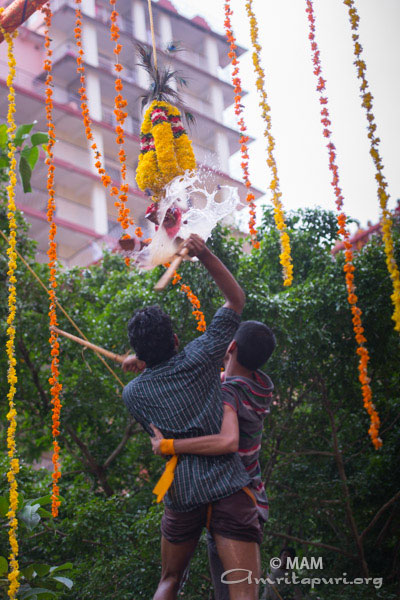 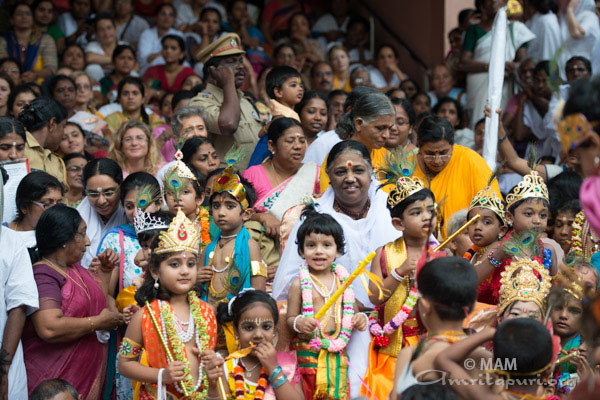 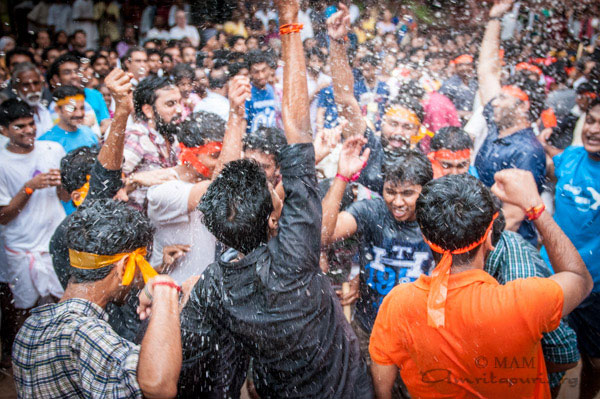 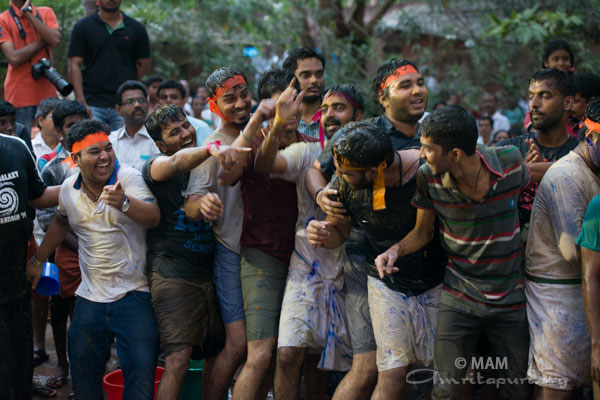 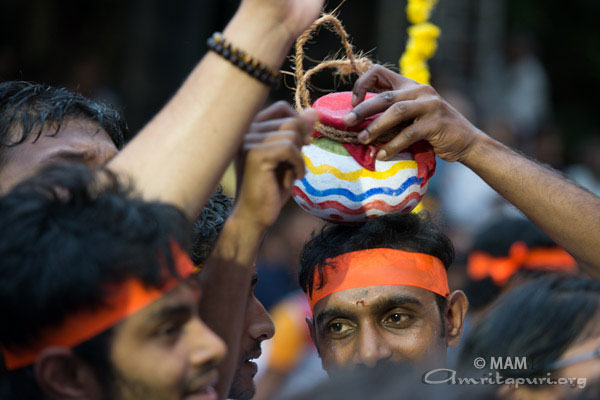 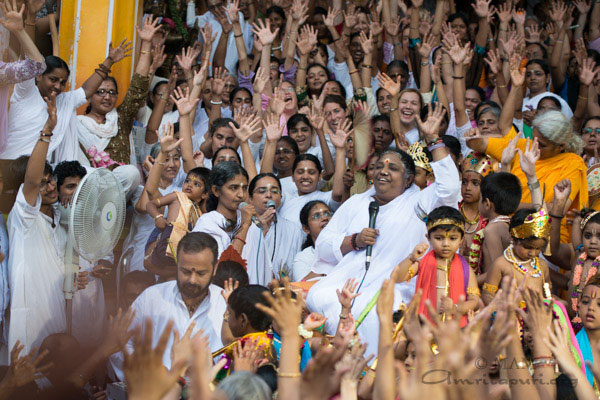 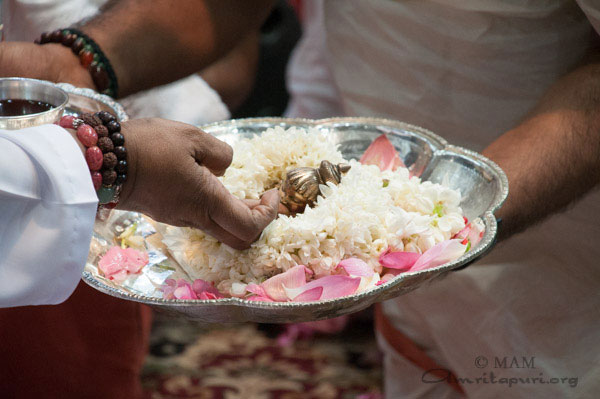 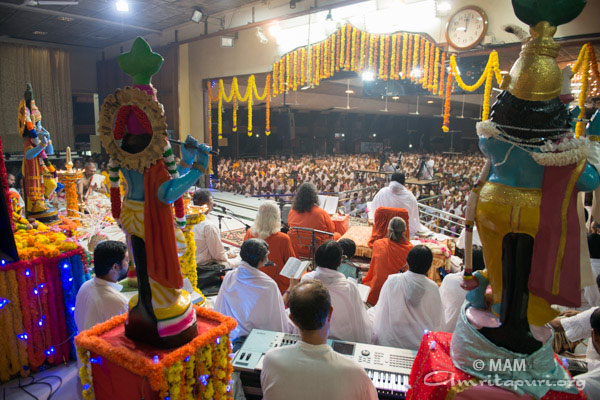 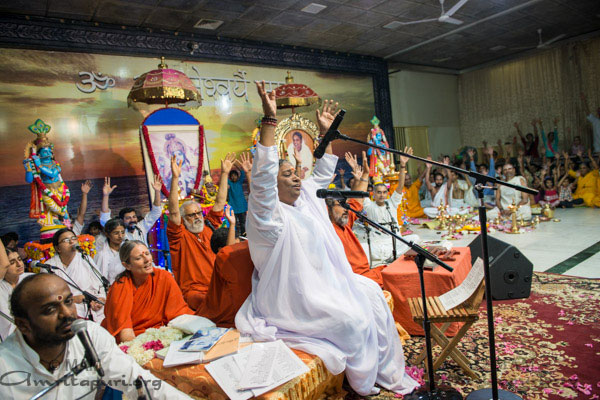 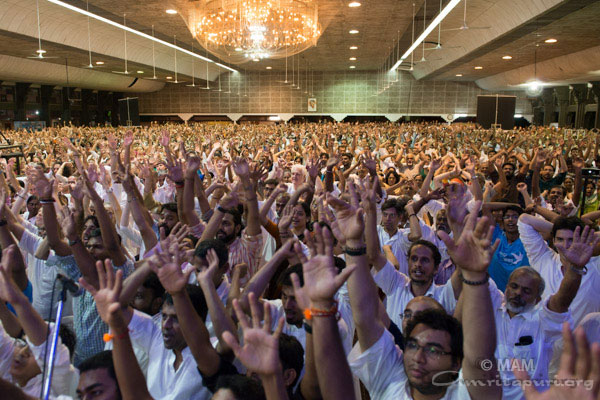 Straight from bhajans on the steps of the temple, at 6.30pm Amma joined the daily evening bhajans session in the main hall, till 8pm.

At 11:30pm, Amma came back to the hall to listen to the traditional reading of the Srimad Bhagavatam. The stage was adorned with beautiful Krishna statues, oil lamps, garlands, trays of flowers, and the hall was filled with devotees and ashramites. While the Bhagavatam was being read, a special puja honoring the birth of Lord Krishna was also taking place on the stage.

At the stroke of midnight, bells announced the advent of the divine moment: Lord Krishna’s birth! Amma sang one bhajan before her message for the occasion was shown on the big screen {Read Amma’s Message full}.  Speaking on the occassion she said: “Even though it has been 5,000 years since the Lord incarnated on earth, his presence continues to shine in the culture and everyday life of the people of our land. The magnetism of the Lord’s leelas and the relevance of his teachings have not diminished with time. Through his life, Sri Krishna revealed the infinite power of the universe in all its completeness. This is the reason we hail him as a purna avatara—a full incarnation. ” {Read Amma’s Message full }.

After the message, Amma led a special Krishna bhajan session. She asked people to stand, clap their hands and dance forgetting all their worries. The hall swayed with Amma as she was singing in joy.

Later, Amma gave a prasad of payasam to all those present, bringing a sweet end to the day’s festivities at almost 2am in the morning.