Every year Onam is a time for great celebration here in Amritapuri and this year was no exception. Early in the morning the hall was full of people in anticipation for the day’s festivities. They didnt have to wait long as Amma arrived on the stage before 10am and gave her Onam message to a packed crowd.

Speaking to the assembled devotees Amma said “All of us are experiencing our own little pains and sorrows in life. Nevertheless, amidst all these, we still usher in Onam with joy. How is it possible? Happiness is a decision. If we so decide, we can create an empire of happiness. This is because happiness is our true nature. The lamp of happiness is ever aflame in our hearts. We must take care not to block this light with the closed curtain of our desires.” {read more} 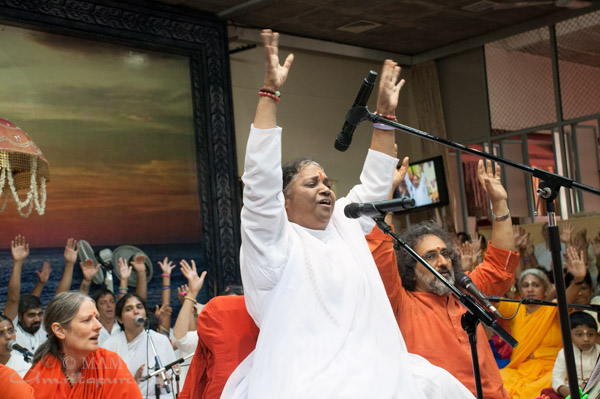 At the of her talk Amma lead the hall through a joyous rendition of Bandalo Bandalo and asked everyone to clap their hands with those around them.

Then Amma served a special onasadya meal to all the thousands of people in the ashram which took several hours. All ate in the hall together as one big family…even the biggest of ashram resident. As it has become a yearly tradition, Amma served Lakshmi the elephant the large portion of Onam prasad.

Later in the evening after bhajans, Amma came back to the hall to participate in the cultural programs. A huge variety of performances delighted the hall performed by ashram children, residents, westerners and brahmacharis. All finally reached a crescendo when around midnight Amma led everyone in singing – La Le Lale La Le. The whole hall was cheering, singing, and swaying with the music to bring an end to amazing day. 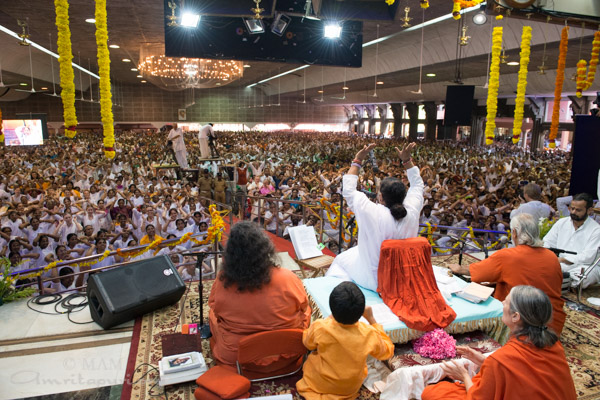 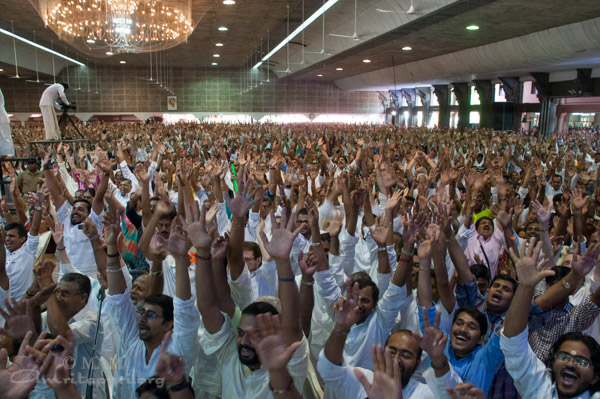 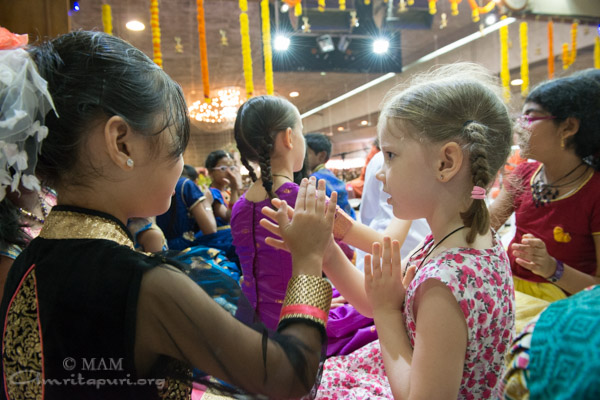 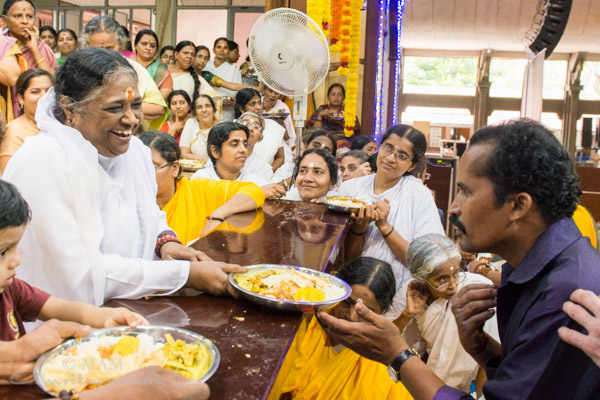 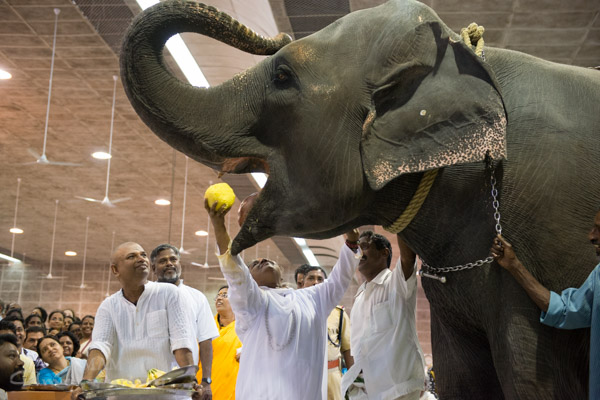 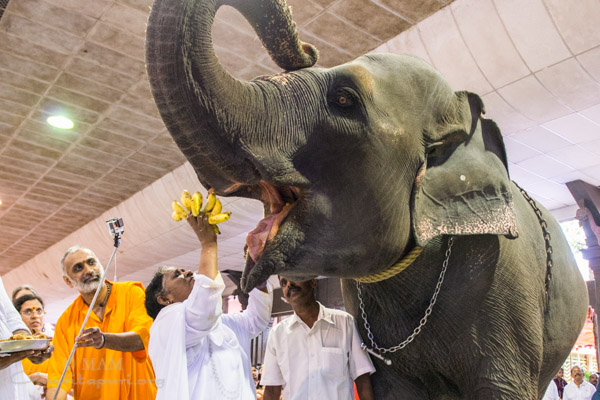 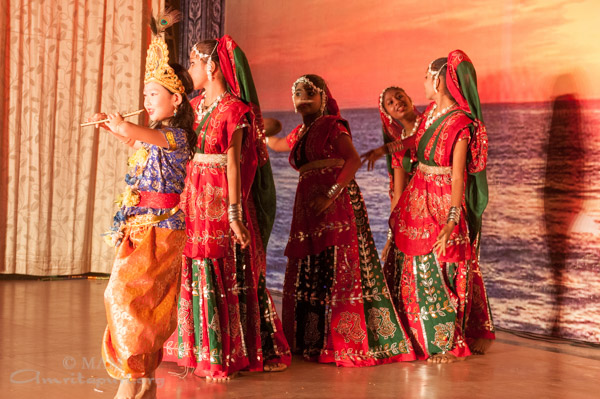 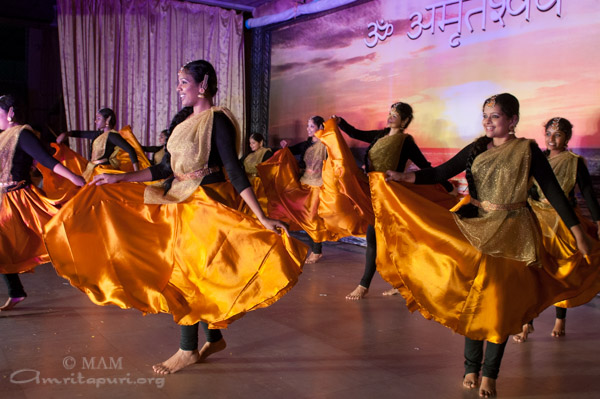 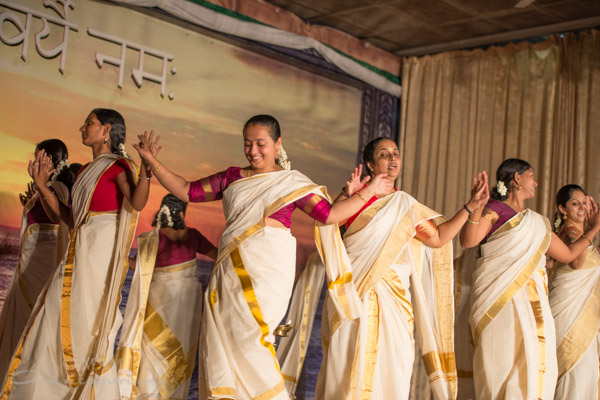 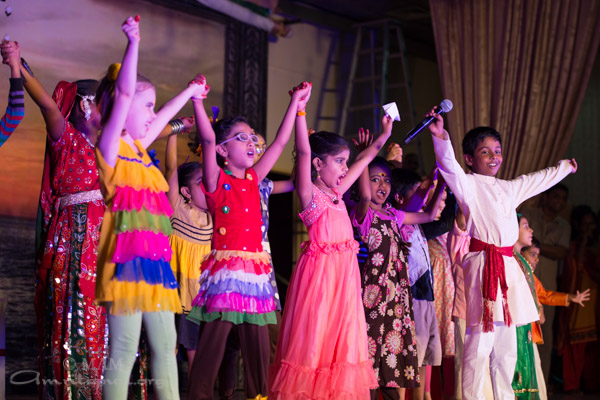 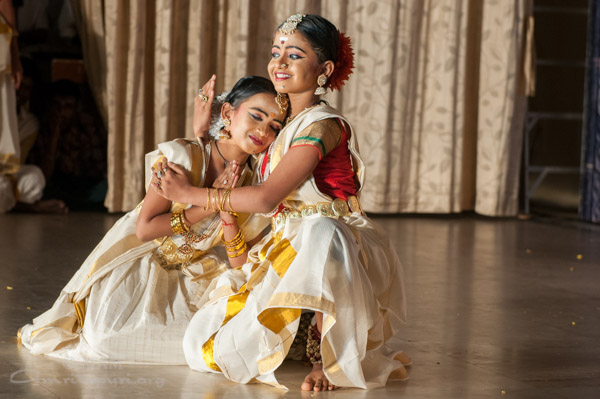 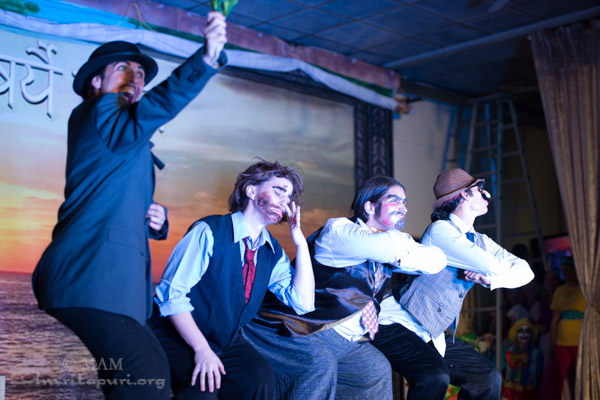 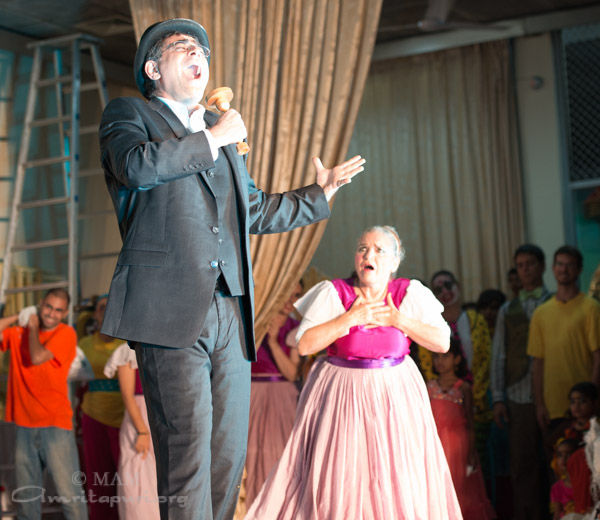 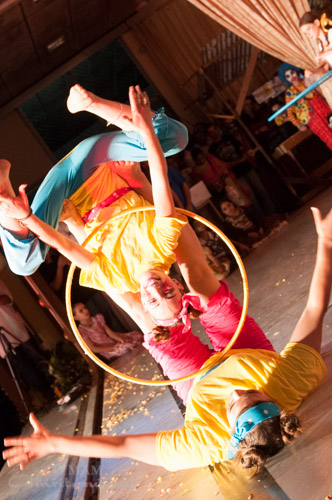 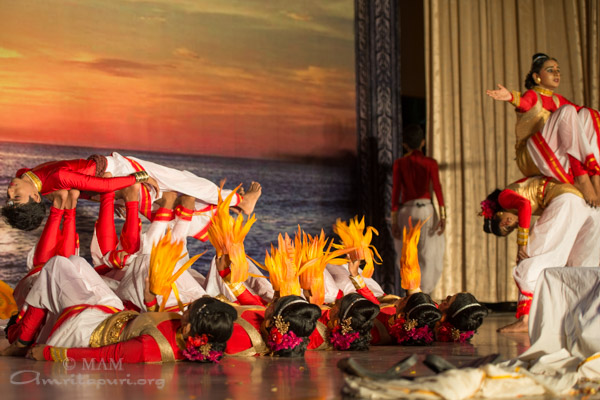 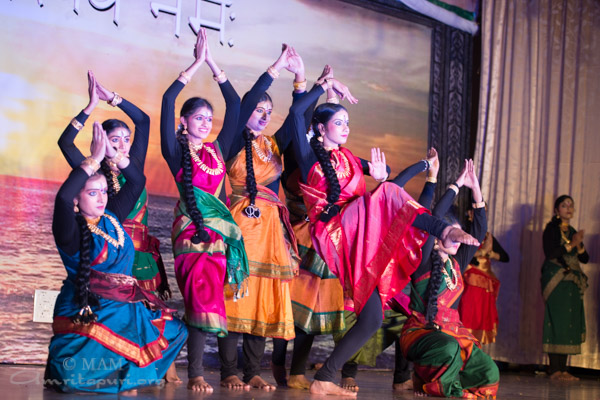 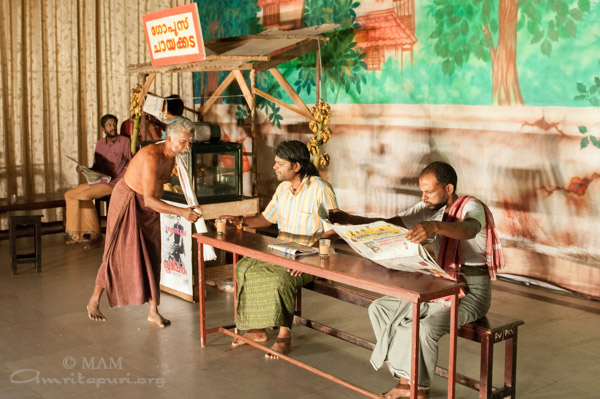 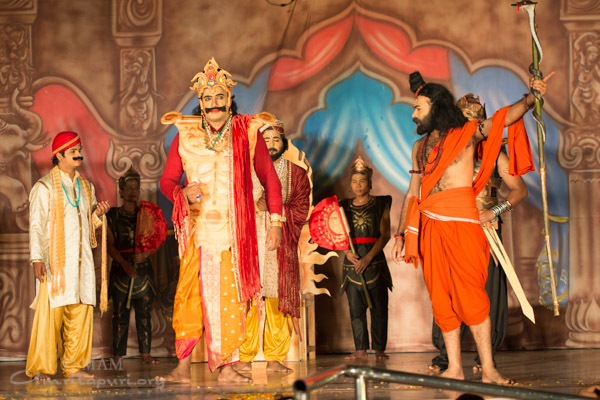 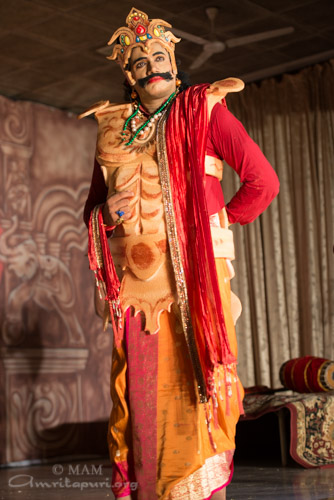 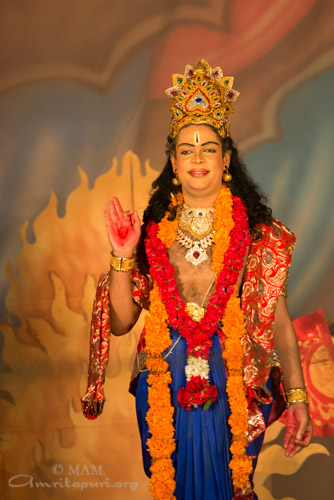 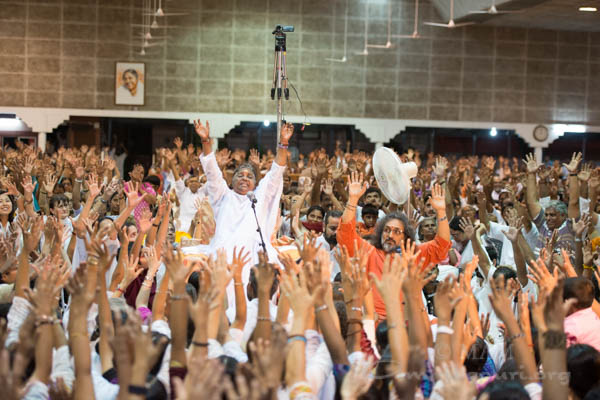