AYUDH Amritapuri performed the play ‘Bharat Mata Puja 2015’ in the main hall, while Amma was giving darshan. This night play was in connection with India’s Independent day celebrations. The play was based on the un-sung heroes of the freedom struggle. After the 40 minutes of play, the hall reverberated with the chants of ‘Vande Mataram’ and ‘Bharat Mata Ki Jai’. 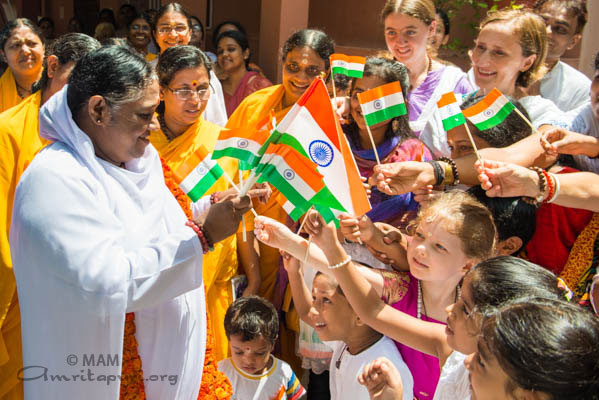 One girl dressed as Bharat Mata, took the National tri-colour flag to Amma which she accepted and waved with such joy and innocence of a child.

The youths also made an India map with lamps. This celebration of ‘Unity in Diversity’ could create respect and love the hearts for the Motherland. 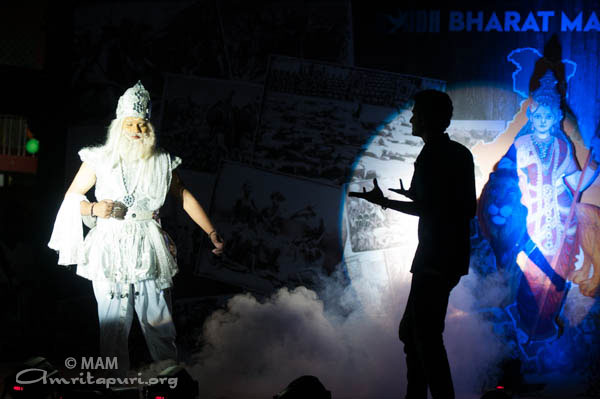 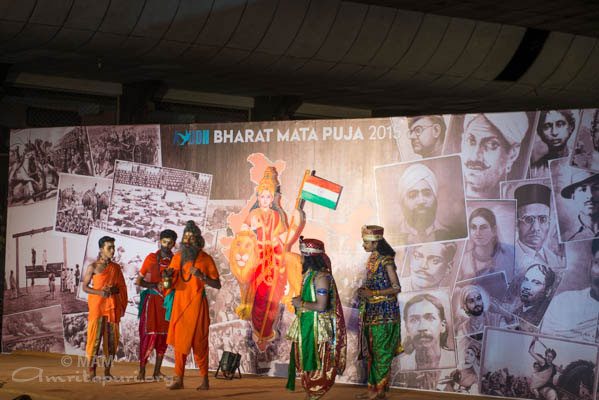 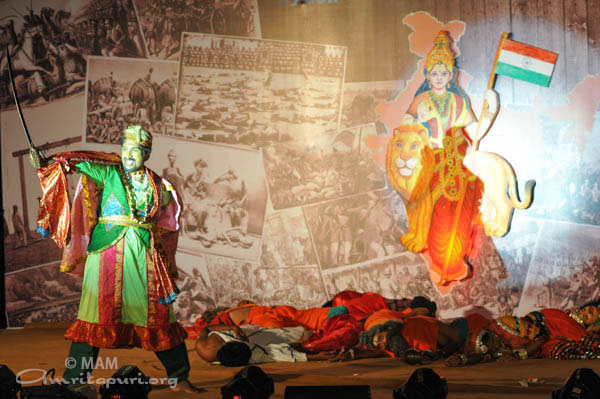 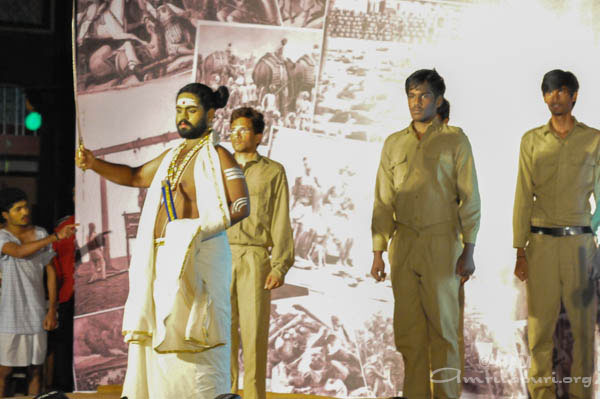 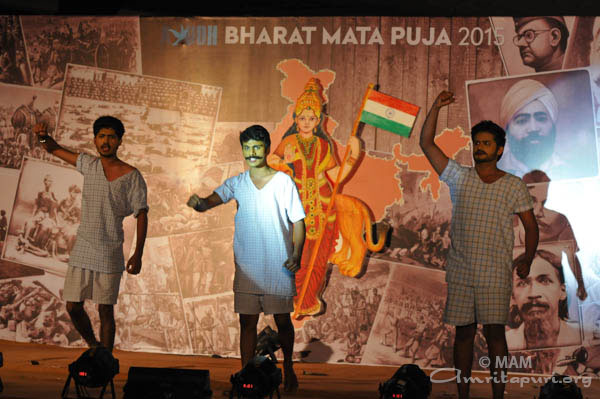 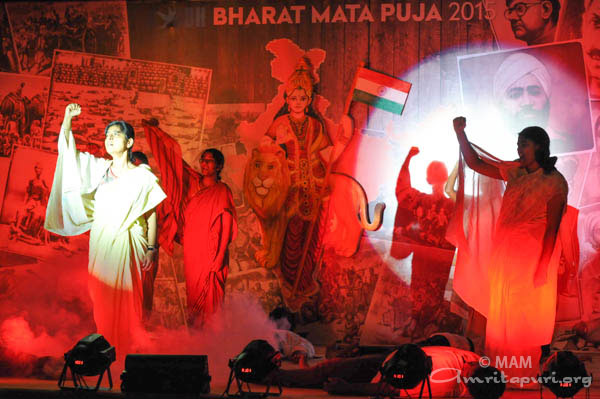 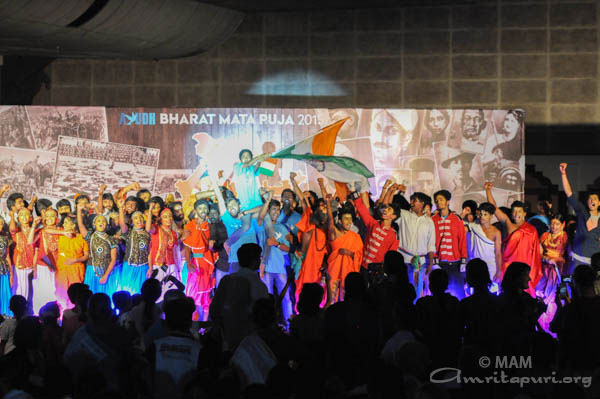 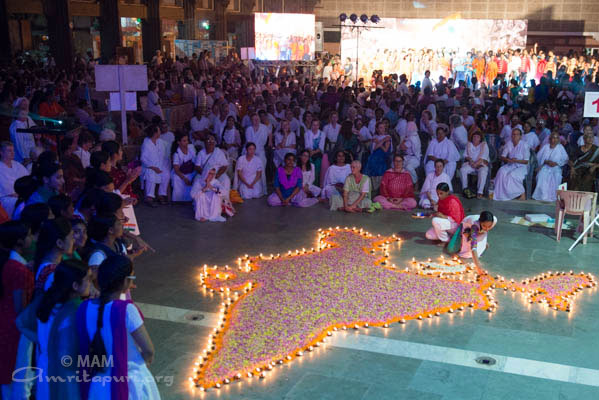