Swami Purnamritananda visited Paramadhama Ashram situated in Sanur, Denpasar, which was built in 2006 by Rasa Acharya Prabhuraja Darmayasa. He is a Spiritual Teacher and also has translator of Bhagavad Gita into Bali. Swami had a discussion with Prabhu Darmayasa. 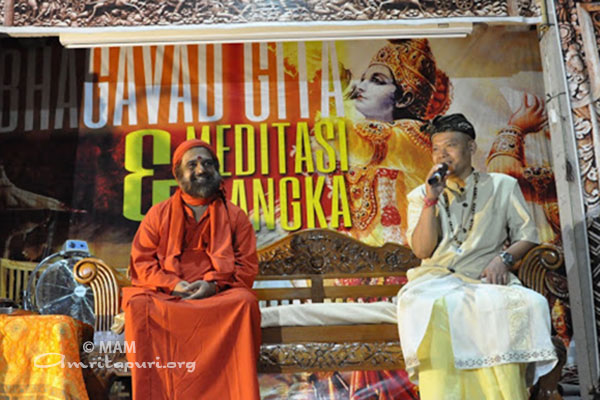 In a small program held there, Prabhu Darmayasa said that he is very grateful for Swamiji’s visit.
Swami led the group to an opening prayer followed by an interactive talk. Swamiji’s spoke about Amma’s message of Love, the secret of happiness, and also about the power of yoga and meditation.