Mata Amritanandamayi Math (MAM) carried out a medical relief mission in Kashmir this month for the victims of the Jammu Kashmir (Jhelum) floods, benefiting close to 6,000 people. The 20-member crew has returned to Kerala after treating patients affected by everything from allergies, dysentery, and worm infestations to psychological trauma. The team also helped protect the remaining livestock by distributing medicines to animals in distress. 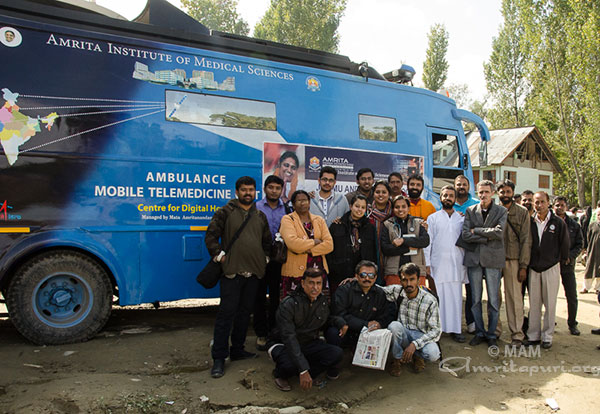 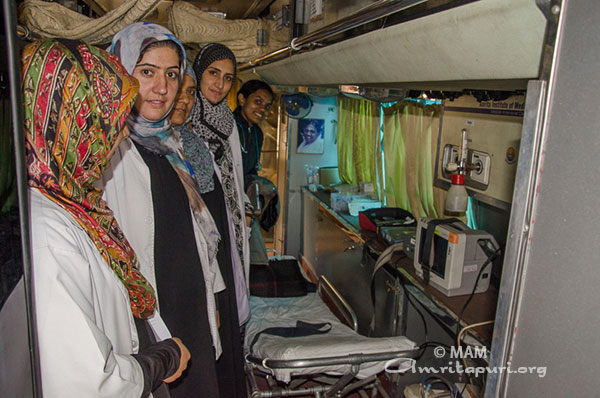 The medical team held camps in the areas of Ashtangoo, Kulhama, Laharwalpora, Sumbal, Naugam, Zalpora, Naid Khai, Hajin and Magam. In addition to consultations, the team distributed medicines, as well as services such as lab tests, ultrasounds, ECG and X-ray. The crew even facilitated two deliveries, including a C-section. 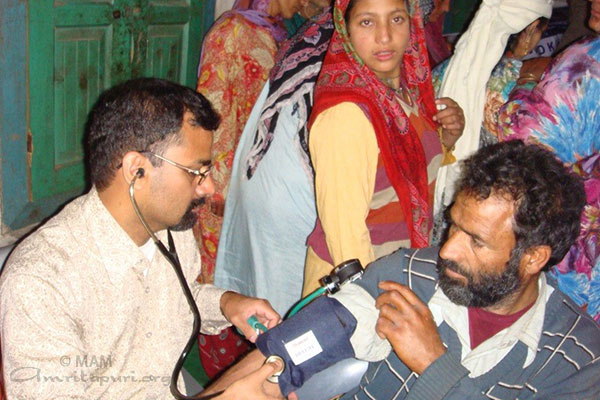 For their part, the rural beneficiaries expressed gratitude to MAM and Amma. Said Sajjad Husain of Zalpora village: “We are deeply touched by the services of a good team of doctors all the way from Kerala. On behalf of all villagers, our sincere thanks to Amma.” 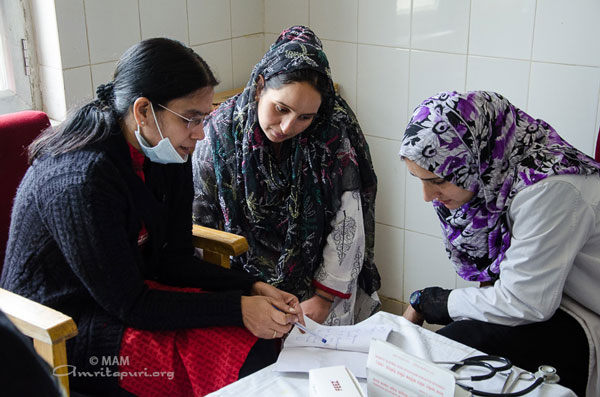 The doctors who carried out operations in the Valley were experts in general medicine and surgery, community medicine, gastro-intestinal surgery, pediatrics, emergency medicine, neuro surgery, dental science and gynecology. A veterinary doctor also was part of the team. 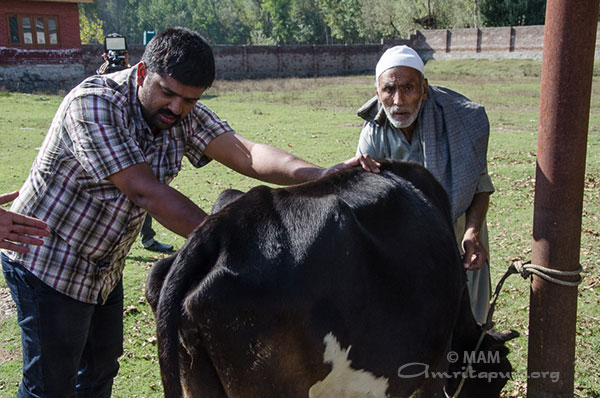 Animal Care
The veterinary doctor of the team noted that a drop in immunity has made the livestock more prone to parasites and infections. “The floods led to loss of animal feed, thereby leading to starvation and creating high stress levels in the animals.” This in turn places the villagers who are dependent on the livestock for their livelihood under severe economic pressure when they are already reeling from flood damages.
As a counter-measure, the team distributed high-quality mineral mixture to around 500 animals, including cows, buffaloes, sheep and horses. De-worming drugs were provided to stop parasitic infections. Sheep and goats were treated for wounds and minor injuries. Others were treated for ticks, as well as gynecological and skin problems. 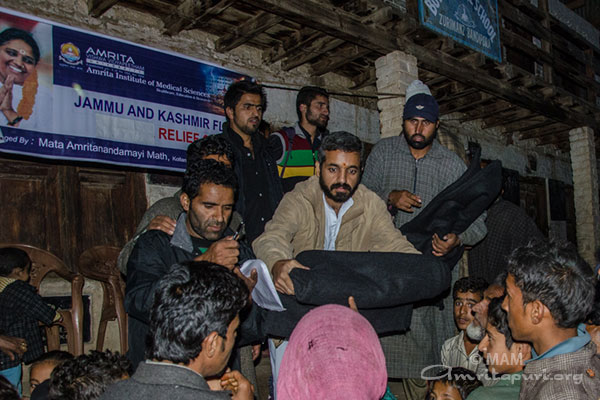 Blanket distribution
The Math distributed approximately 3,000 blankets in Kashmir, following suggestions from Bandipore District Commissioner Shah Faesal. These blankets will be given to people who have lost their houses and are now living in tin shelters and under tarpaulin roofs. MAM would provide them more blankets in the coming months when the temperature will fall even further.

Building houses
An MAM delegation led by Br. Nijamrita Chaitanya met state Chief Minister Omar Abdullah and conveyed the Math’s willingness to reconstruct houses in the Valley. They also briefed the CM about MAM’s activities in the Valley.

Read more from the Kashmir blogs