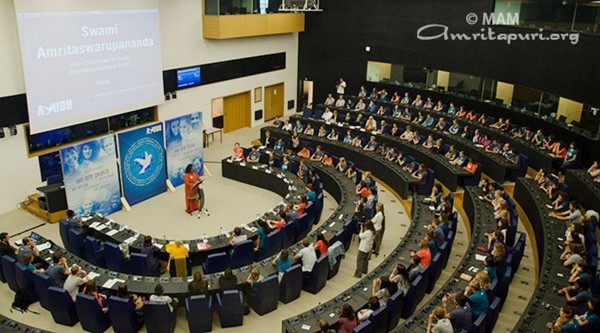 The event titled “Strengthening Europe through Youth Empowerment”, engaged nearly 300 young participants from 23 countries. Inspired by the life and teachings of Amma, AYUDH has reached out to thousands of young people across Europe during the last ten years with its programmes in intercultural exchange, voluntary service, sustainable development and leadership building. 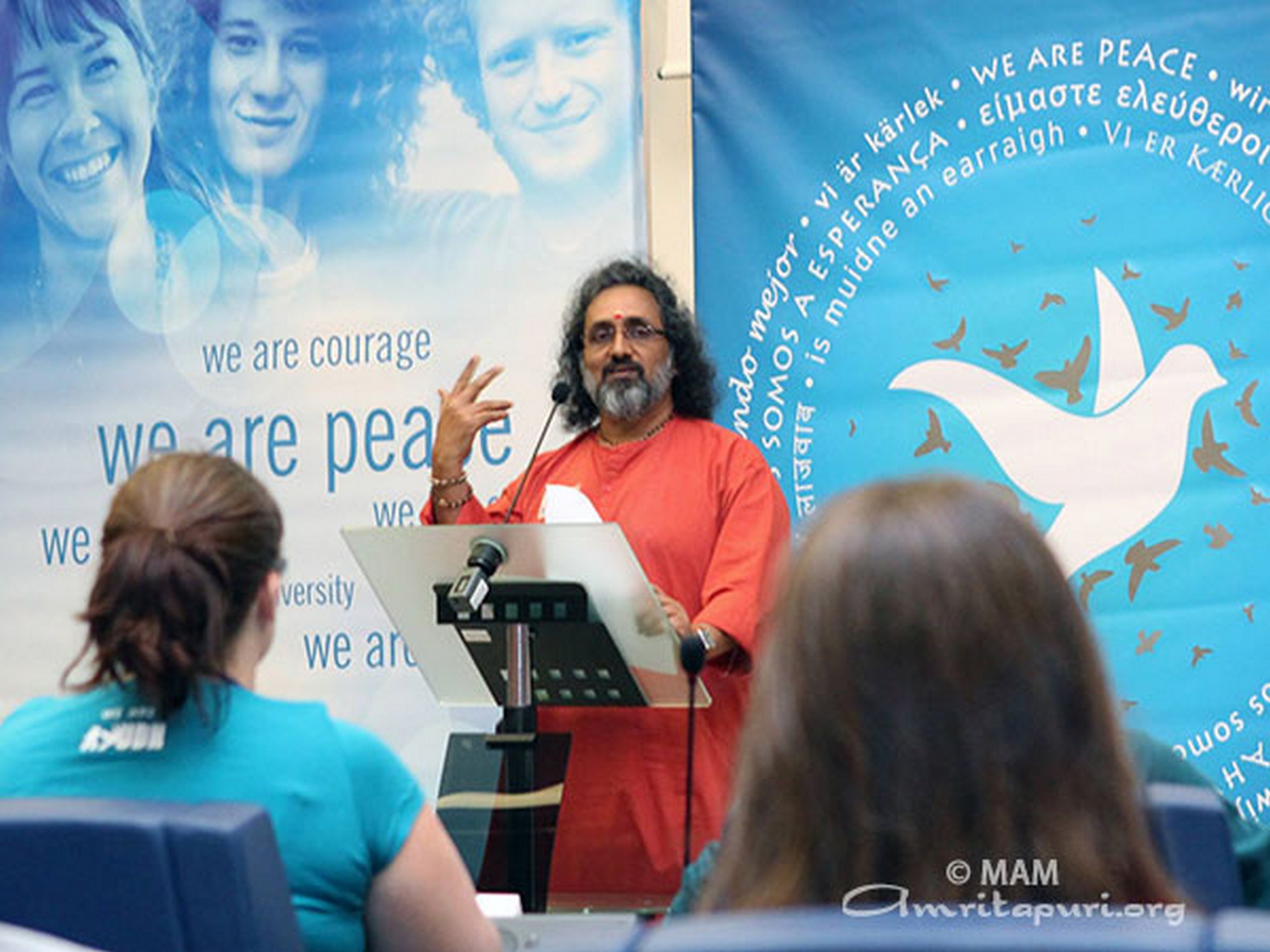 MAM Vice-Chairman Swami Amritaswarupananda, in his keynote address, emphasized on the importance to inculcate values in our educational system and ways of teaching. About the alarming increase in the rate of school dropouts, use of drugs, violence, abuse of nature and crime rates among youngsters, he cited examples from Europe and other parts of the world. “The main reason for these dangerous situation is that education is not valued,” he said. “Life itself is not valued and true awareness and action are not valued.”

Swami Amritswarupananda further elaborated on the point saying, the goal was to help young people understand their relationship with the world in which they live, nature and the law of the universe. “In a democratic society, each individual should be endowed with various talents and proficiencies. One among them is the inner capacity to deal with people from different cultures,” he noted. “Based on this value system, they should be able to take objective and impartial decisions. Democratic societies must therefore take an interest that such skills be encouraged.” 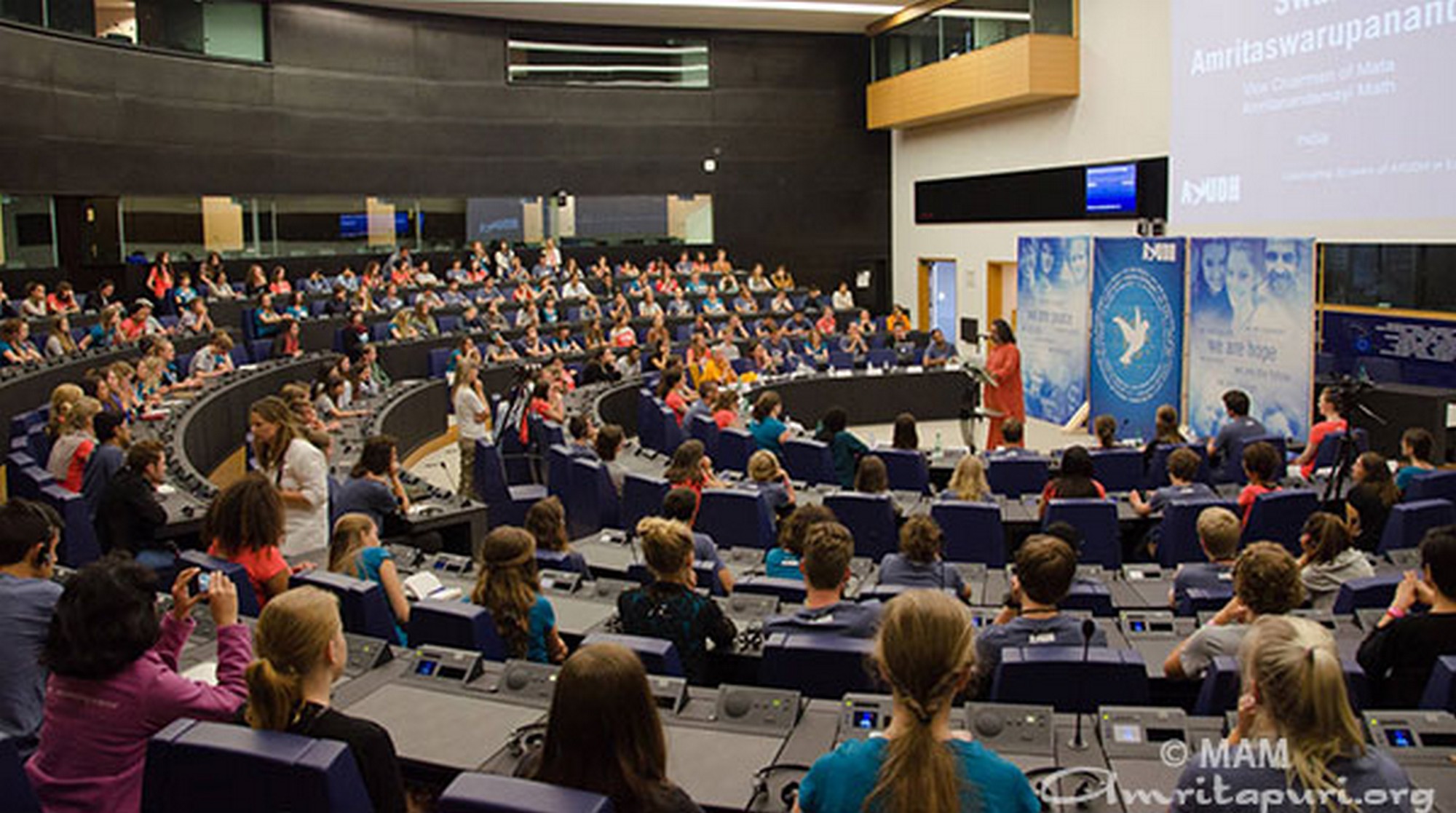 Ms Clune applauded all those who joined AYUDH movement. “I am sure you will carry the positive experiences from this for the rest of your life,” she said, and stressed on the certain measures taken by the EU on youth employment and ecological protection.

Mr Engel, who leads the Luxembourg delegation to the Parliament, said this continent which had been the home of war and destruction, now is a continent of peace and construction. “We have values that we cherish and the way to ensure that they are retained is through the youth carrying them ahead,” he said.

Martine Reicherts said a life in politics and a spiritual life are both possible. “Never go below your dignity. Keep up the values and don’t make it cheap,” she noted. 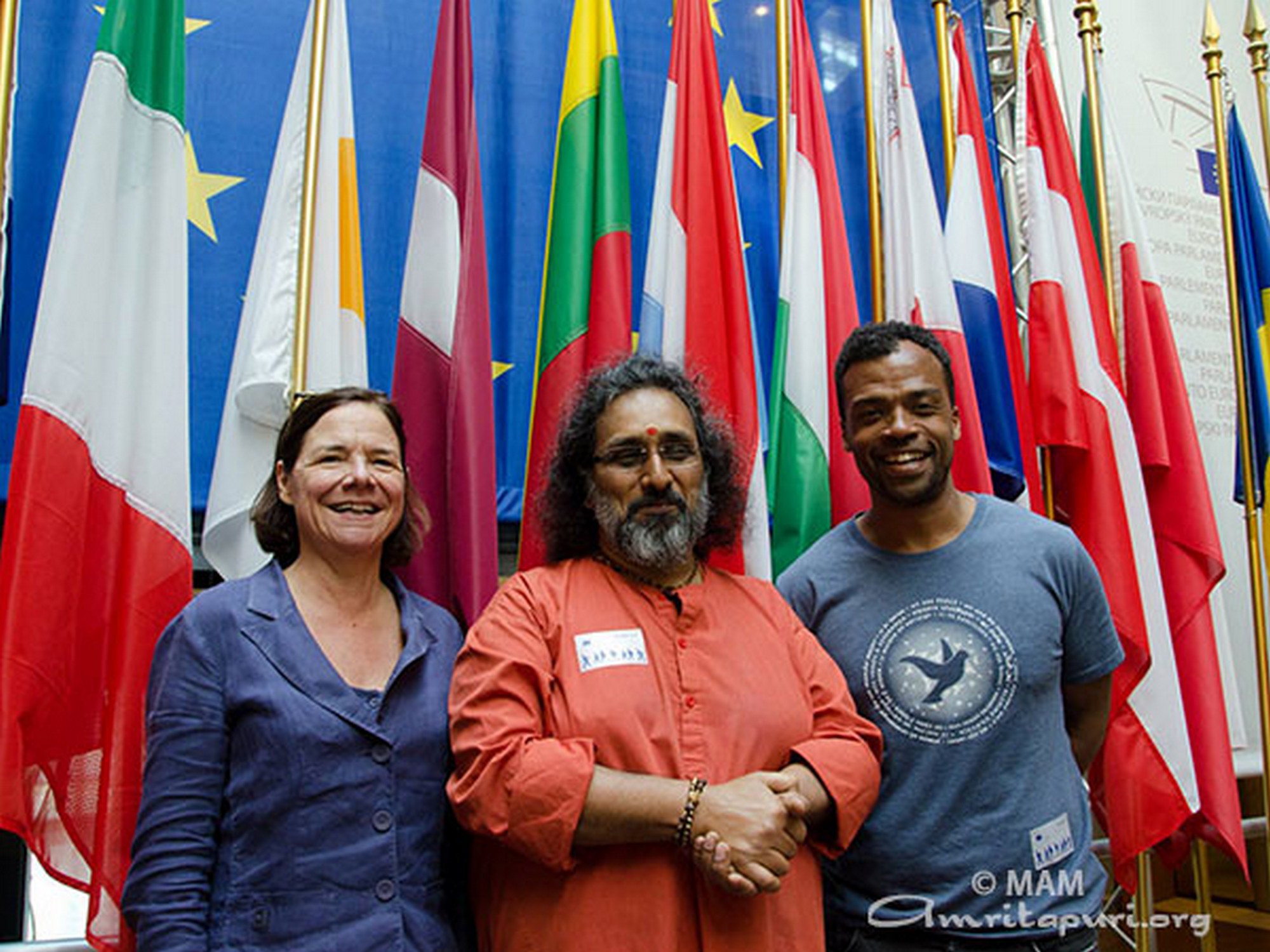 The AYUDH youth also presented a five-point statement requesting the European leaders to consider taking the following steps: incorporate participation in voluntary and community service into formal education through recognized academic credit or curriculum design; encourage young people to take up the protection of biodiversity and community farming through the provision of awards and grants; establish high-quality, accessible care dedicated to improving mental health and wellbeing of youth, with particular emphasis on enhancing emotional and spiritual intelligence; provide young people with learning environments which nurture and support holistic lifestyles and creative self-expression; implement proactive, innovative measures to address the issue of youth unemployment through job creation, education, investment and dialogue. 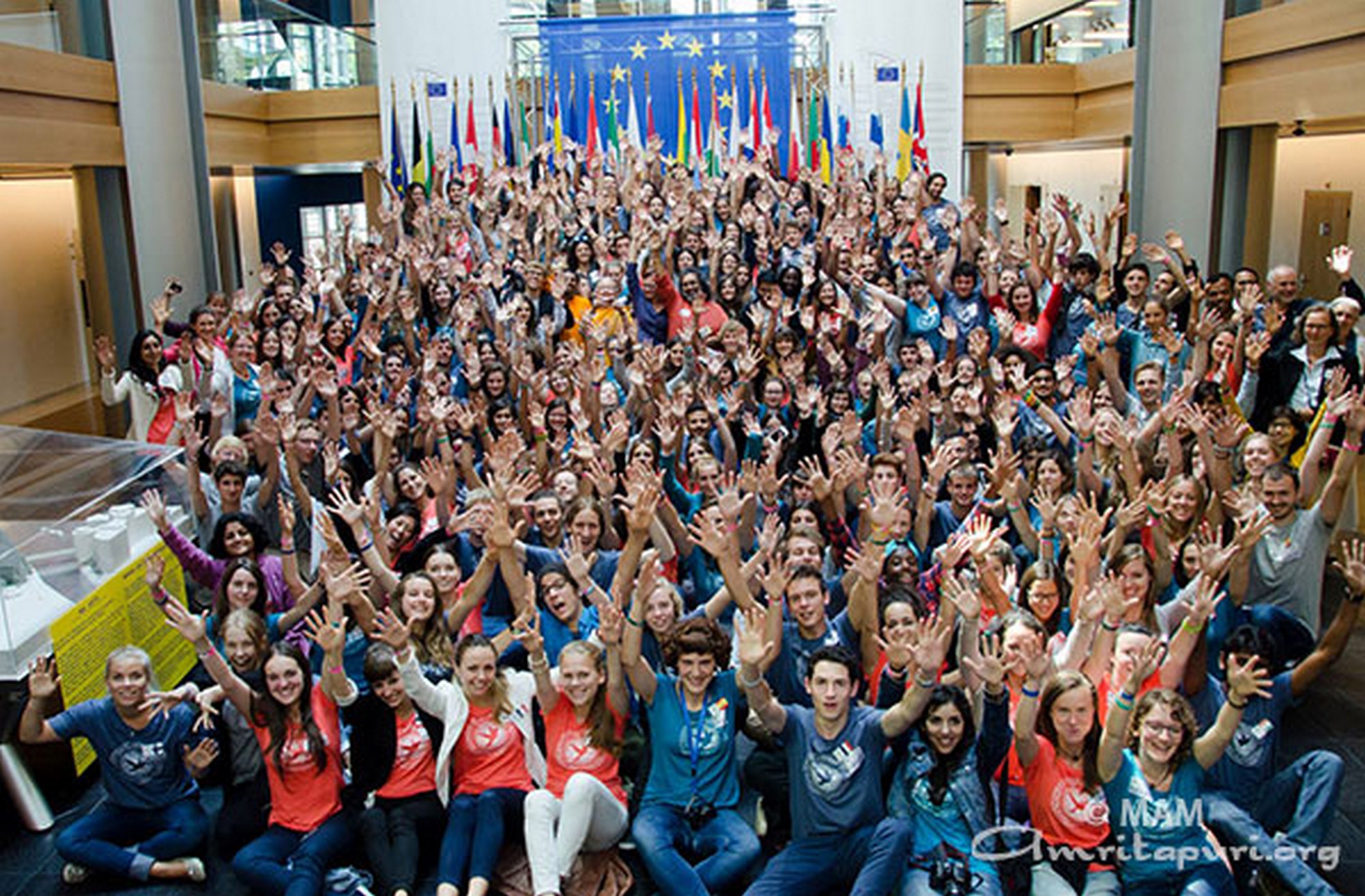 The event concluded with Swami Amritaswarupananda and Ms Reicherts taking questions from the youngsters. The focus was on different problems faced by youth in society today and their resolution.

Since 2007, AYUDH has been working closely with European Commission for Education and Culture under its ‘Youth in Action’ programme. The Commission selected AYUDH as ‘Best Practice Project’ in 2009 for ‘Reaching New Heights’, a musical on the challenges of young people in today’s world and in 2013 for the project ‘Our World. Our Vision. Our Future’, which focused on non-formal education of school children on ecological sustainability.

The event at the EU Parliament in Strasbourg is a part of a week long youth summit on the topic ‘Awareness in Action’, held in M.A. Center Germany (Frankfurt) from July 13 to 20.