Amma met with  several members of the U.S. Congress on July 9, 2014. The meeting, which took place in the  U.S. Capitol Building in Washington D.C., was held at the request of U.S. Congresswoman Lucille Roybal-Allard (California). 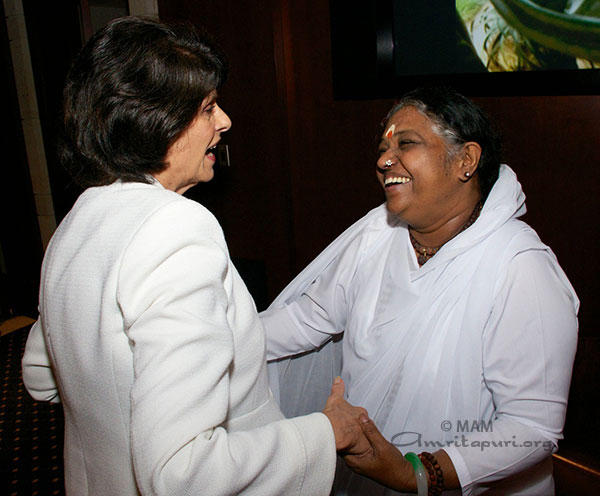 During Amma’s meeting with Rep. Roybal-Allard, discussions emerged over the plight of large numbers of unaccompanied minors from Central American countries that are currently being detained by the U.S. Border Patrol. The children were fleeing extreme violence in their native countries and had been encouraged to seek shelter in the U.S.

This was the second year in a row that Amma has been invited to meet members of the U.S. Congress.