The Mata Amritanandamayi Math (MAM) to adopt 101 villages throughout India, which is being called the Amrita Self-Reliant Village Programme (Amrita Swasraya Gramam).

Announcing this in a press meet in New Delhi, Vice Chairman Swami Amrita Swarupananda said that this would amount to the most massive humanitarian programme ever undertaken by MAM – the adoption of 101 villages throughout India with the aim of helping them become self-reliant and thriving. Uttarakhand village adoption also will deploy Amrita Swasraya Gramam.

“In order to accomplish this, MAM will draw upon the totality of the humanitarian programmes it has established over the past 30 years,” the swami said. 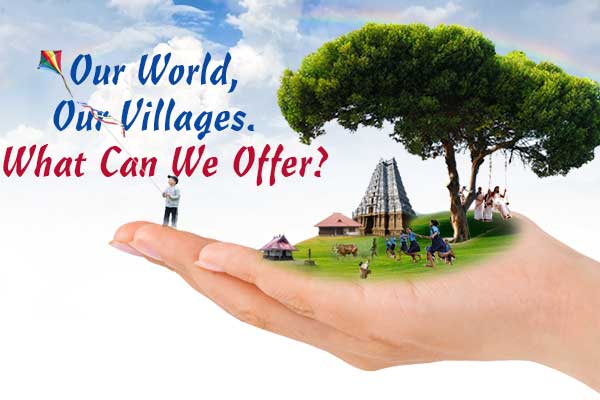 The Amrita Self-Reliant Village Programme will ensure that each villager has a proper home and that the villages have school buildings, community halls and junction street-lighting, he said. Other aspects of the programme will include establishing a free computer-oriented vocational-training institute in each village and keeping children in school through the provision of a tablet-based after school tutoring.

“We will also ensure that the adopted villages will have basic health facilities, trained health-workers, and access to clean water and nutrition,” the swami said. “Furthermore, we will conduct afforestation drives in the villages and teach the villagers how to set up recycling systems so that they can become ‘zero-waste’ villages.”

Other aspects of the programme—which will be unfolded in systematic phases—include the provision of pensions to widows and disabled people, scholarships for children of poor families, holding meditation and yoga camps and reducing alcohol and tobacco abuse through awareness campaigns.

“During the past 30 years, MAM has gradually established all of the programmes required to execute something of this magnitude. We built 6,200 tsunami-resistant homes in the aftermath of the 2004 tsunami in India. We also built 1,200 quake-resistant homes in Gujarat after the devastating Bhuj quake in 2001,” Swami pointed out.

MAM has already built 45,000 houses in 75 locations throughout India as part of its ongoing Amrita Kuteeram housing project and provided 41,000 scholarships to impoverished children. In addition, it has relocated 1,600 families from slums into new apartments and also given absolutely free medical care to 26 lakh people since 1998. In India, MAM feeds 10 million poor people annually, and Amma’s devotee-organizations outside of India annually feed 100,000 outside the country, including 75,000 in the US via soup kitchens.