After concluding her LA programs, Amma inaugurated a the MA Centre in Redondo Beach in the South Bay region of greater Los Angeles. After satsang and bhajans Amma distributed Prasad to the devotees who had gathered for the event.

Amma then travelled 15 hours across the desert to the state of New Mexico where she held a a 3 day retreat and a one day public program attended by thousands in the city of Albuquerque. 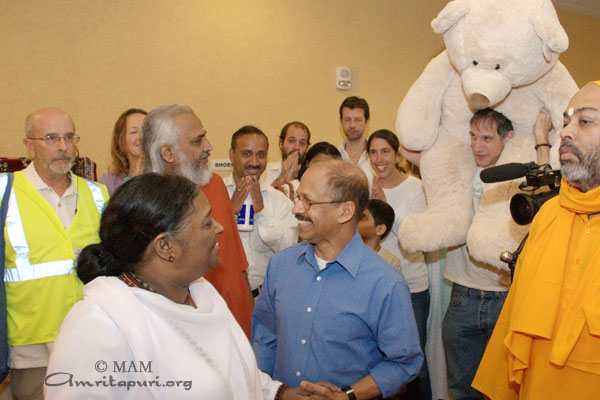 “Worldly life is like going mountain-climbing. When we climb up a mountain, we tie a rope at the top of the mountain and one end around our waist and we climb up holding onto the rope so that we do not slip and fall. In the same way, if we tie the rope of love for God around our waist, problems in the external world will not make us weak. Understanding this, we should hold on to the Paramatman, the Supreme, and move ahead” said Amma in her satsang.