The sun was going down when the pyres were lit at the beach in Azhikkal. As the sun set, its sullen red colour spread across the sky, as if it were sharing the grief of the villagers. The air was filled with the moaning cries of the near and dear ones of those who had passed away. A sight that could move even the most stone hearted to tears. 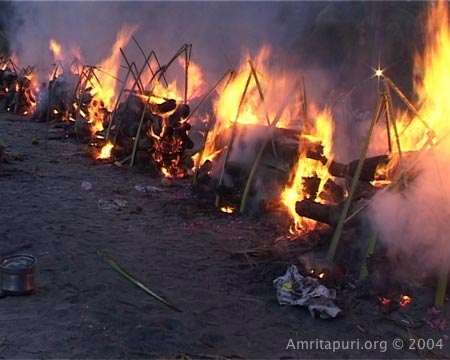 Azhikkal was one of the worst hit villages on the Kerala coastal belt. Most of the houses there had collapsed as the waters surged in, taking away the people inside along with it. Days later, dead bodies were still being recovered from the backwaters, the fields, under the rubble. One could see utensils, clothes, toys, footwear and so many others things scattered about the open grounds. Whom did they belong to? Are they still alive? Nobody knows.

On the 28th evening, a mass cremation was arranged for the 42 dead bodies that had been recovered on the first day and had been lying since then in a mortuary. The relatives of the dead started arriving in large numbers by afternoon itself. A tent was erected for them to sit in shade. There were a number of Ashram vehicles plying up and down the road, bringing in the relatives from the relief camps. Many of them were staying in the relief camps set up by the Ashram. The Ashram volunteers were also serving food and water to all the people attending the funeral. 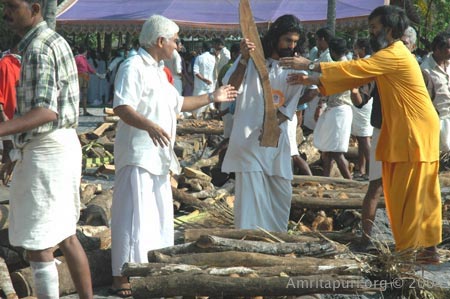 The swamis and brahmacharis had been working since afternoon, shifting logs and firewood, arranging for coconut husks and coconut shells and doing whatever was necessary to help with the arrangements. Many other organizations were also helping in this work. Some were political groups who were totally opposed to each other ideologically. But at this time of crisis, they all stood together and worked as a single unit. Meanwhile Amma’s brahmacharinis were with there as well, consoling the mourning families and trying to give them some strength. Most of the houses seemed to have lost one or two family members.

As the bodies arrived, the cries in the air became intense. The bodies were first placed in the tent, so that the relatives of the deceased could pay their last respects. When one coffin was opened, exposing the body of a small child, five different women ran to it, believing it to be there own. Others came and placed gentle kisses on the foreheads and arms of the dead. Many fainted as they paid their last tributes. 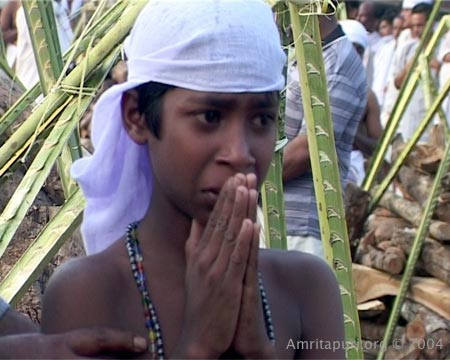 Before the pyres were lit, the Ashram residents chanted the eighth chapter of the Bhagavad-Gita. Soon one could see 40 burning pyres, with the crowd around standing with folded palms, praying from the bottom of their hearts for the peace of the departed.

Darkness came and the fires were still burning. Many family members held vigil around pyres all night long. The Ashram volunteers, who had been working since morning, remained also. Actually, they were the last to leave. 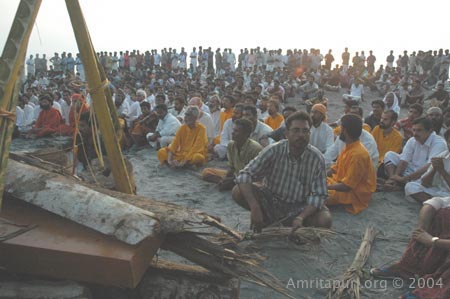 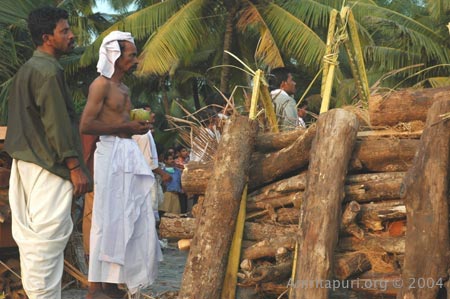 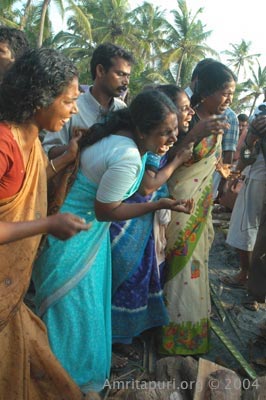 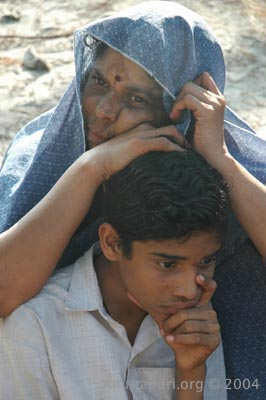 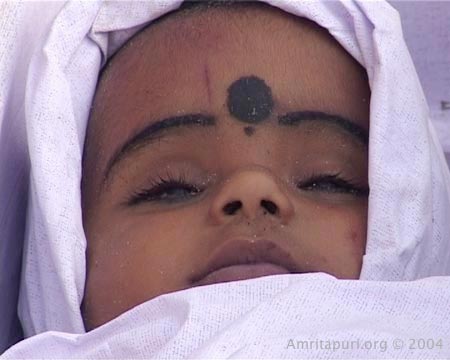 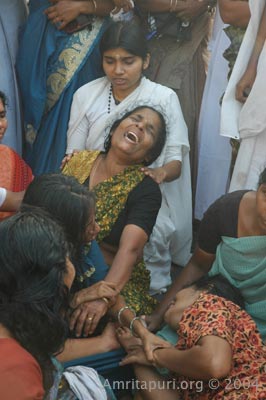 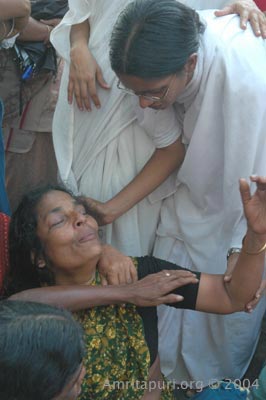 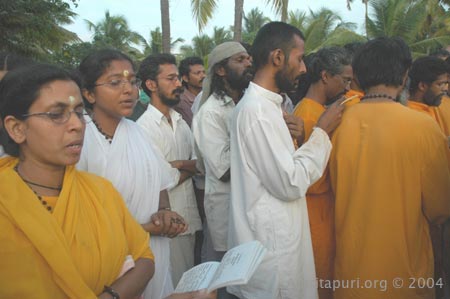 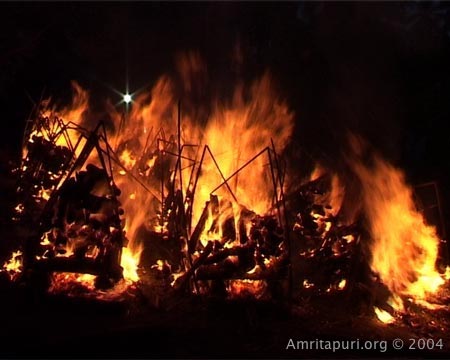 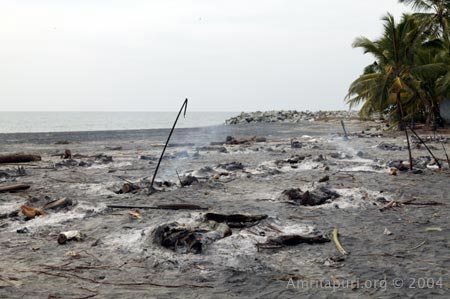 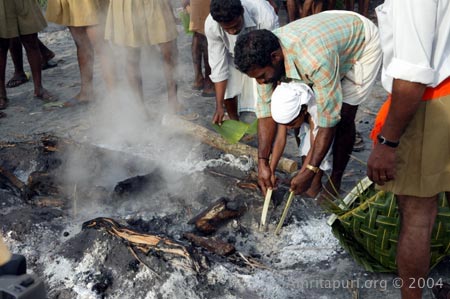 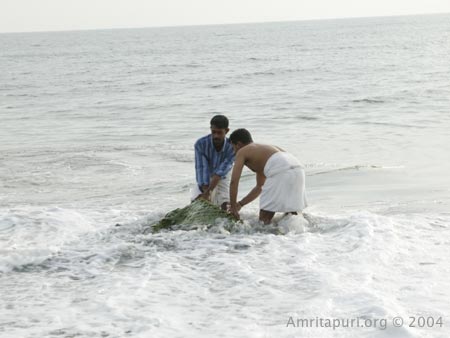