Amma’s annual visit to Jaipur, the capital of Rajasthan, was marked by the Ashram giving away keys to 79 houses it constructed for the homeless in Janapur. The Minister of Education of Rajasthan, Sri. Ghanashyam Tiwari, helped distribute the keys to these houses during Amma’s program at Suraj Maiden in Adarsh Nagar. 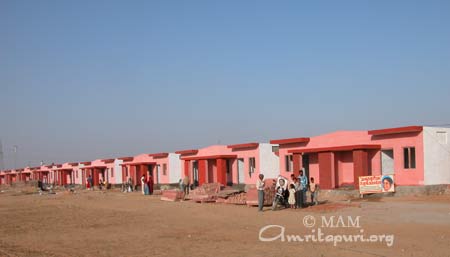 The houses are part of the Ashram’s Amrita Kuteeram program, which has already see the constructed and distribution of more than 30,000 such homes throughout India in the past 10 years. Ultimately the housing colony in Janapur with comprise 1,000 homes. 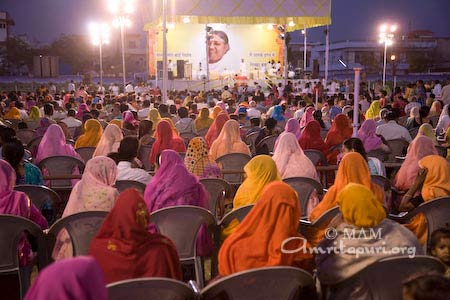 In his address, the minister related a personal experience. He told of how last year Amma had warned him that soon problems could arise in his state, telling him “Don’t worry; they will soon pass.” Sure enough, he said, the problems did come in the form of riots in the name caste and politics. But just as Amma had said, the situation soon subsided. Tiwari concluded by telling the people assembled that they should have deep faith in Amma.