It was the Tuesday before Amma’s North American tour and Amma had come to the Kali temple despite all other preparations. Before a tour, Amma meets with almost  all Ashramites personally, talks of their Seva and guide each one wishing them well in their best interests. So it was very exciting and special to see Amma come on this auspicious day to hand out lunch to one and all.

A questioner had asked Amma on how to save resources like water and other natural wealth within the Ashram and to make its use efficient so at least the Ashram could set an example.   Amma said she was so very happy hearing the question on water and natural preservation and that her children were thinking about it. Amma started telling all how precious natural resources were and how important it is to save them. 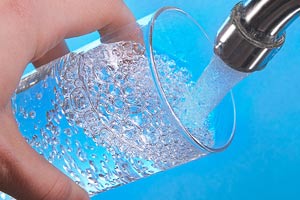 Amma mentioned that she had been thinking about some ideas to be implemented at the Ashram for water preservation. She suggested having separate pumps in the toilet and using the sea-water or backwater for flushing and separate fresh water for the taps. Amma pointed out that this solution may be expensive to set up.

The questioner had suggested using a common arrangement for washing plates instead of each person cleaning their own which involved a lot of water waste. Amma mentioned that it was a good idea and clarified that the idea of using groups of people would cut down the water required to clean 45000 plates individually and  it may only require the quantity needed to clean 2000-3000 plates if plate-washing was done in organized groups.

Since water taps waste a lot of water when the force is high, one may use accessories that can make the water slower so less water is wasted. Many keep the tap open while brushing, shaving or washing. Amma said we need to be aware and to be patient. 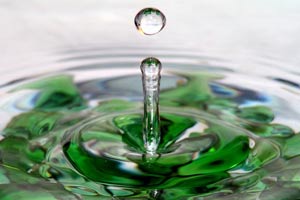 “While traveling in an airplane, the water tap actually trickles and one waits patiently to wash his hands or face, even if a billionaire or a businessman. Similarly in a community like here, one needs to be careful and aware.

In the past, water had to be brought from outside. Some days water was so scarce that one needed to dig holes in the ground to collect water for the day. In the past, there was a pond in front of the ashram. The pond was the only collection of freshwater for many houses including the then Ashram.

Also, in those days, for 1000 houses there was one water pipe, and it did not work most of the times. People complained to the Government and then after many complaints a wind powered water pump was set up. Even in those days there was a water tap across the waters in Vallickavu. When water had to be collected, Amma had to collect it from leaking underground pipe. Digging a hole around the leaking area on the ground, Amma had to to use a banana-leaf  to fill a bucket. So seeing leaking taps at roadsides during tour, it makes Amma feel restless and think whom she can call to fix it. Waste of water for Amma is like blood oozing out of her body. In many regions Amma has seen people walking long distances to fetch drinking water. Since she also has done so in the past, when Amma sees water waste, she knows the plight of water scarcity. 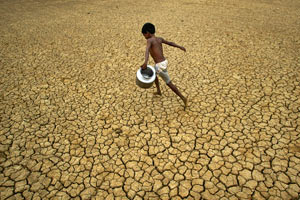 Water was such a dear commodity back then. Some villagers used to break the pipe to the Ashram so we would not get water. Still the fresh-water pond would give water. It was pure Grace that freshwater would be available there. Villagers would even jump into the pond to check if there was a broken pipe that retained the water pond. Water was that precious.

During the festival times, water for the Ashram had to be brought from across the backwaters with the help of a boat. The Swamis used to bring the water. The villagers were not very happy that the Ashram was using up their water and used to fight against it. Especially during festival days, every devotee needed at least a bucket of water. A Brahmachari used to sit on the tank and used to hand one bucket of water to each person. During one festival, he had been distributing water all day and was continuing his seva late night. Suddenly, one could not see him on the tank. He had fallen asleep and had fallen into the tank.  All laughed with Amma and she pointed out the brahmachari sitting in front of her.

The world is going through a tough situation. In the future, there might even be war to get access to water. If it is the problem of the future, we should also be concerned and responsible now. Suppose there is a fire in the ground floor of a block of flats and the person calls out for help, a person living on the tenth floor cannot remain idle saying “it is fire in someone else’s apartment, why should I bother?” Soon the fire may even spread to the tenth floor. Likewise, we are all responsible for what is happening and for what will happen. 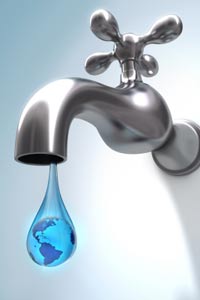 In Iceland, a recent volcano spew ash into the sky and because of that many flight services had to be grounded for days together. It was not Iceland alone; many countries got affected. Many people suffered due to that volcano: not only flights but food, business and many other industries came to a stand-still. If there had been one more volcano eruption like that, many companies would have gone bankrupt. In such cases one can’t say it is Iceland’s problem and leave it there. We are not isolated islands; we are like the links of the same chain. So each action we do affects the other.

The use of electricity is also a great concern. If there is a fan and light in say 3500 rooms, that is a lot of power. A resident can say “I pay for my electricity, so where is the problem?” As energy production needs valuable natural resources, it is also very important. Amma herself tries to save energy by sharing her accommodation.  Even in her room, four people stay so as to preserve space and resources. The car that Amma uses is not her’s but a devotee’s who lent it to her and wanted her to use it.

After the 2004 Tsunami, the Government made it difficult to construct more houses or rooms here on the Ashram land. When a request for permission for a 20-floor building was requested, the Government sanctioned only 2 floors. In such conditions, each resource becomes very valuable. So please take care to close water taps properly and switch off lights and fans when leaving the room. Leaving lights or water taps on, even by mistake, is like a thief stealing  our wealth. Amma likes the idea of building a pond to save rain water. She suggested some ideas and places where we can build ponds.

Amma is reminded of her childhood days. She had only two sets of school uniforms.  She received one on school opening day and the other one on Onam festival day. One way to get a new dress other than on those days was when a relative got married. Due to the acute water shortage the home clothes were washed once in a week. They used to boil the clothes in natural soda and then they would first clean it in sea-water and then rinse with fresh water. Such were those days. “Nowadays people use so much water. Times have changed.” 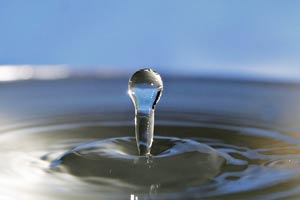 Amma asked the ashram residents to take a bath just once a day. “If you are taking bath twice you should not stay here in the ashram,” she warned them.

Amma said that the Ashram belongs to the world. So one should have  awareness and responsibility.   Preservation of our natural resources should be one of our foremost duties.  The natural resources that we consume is the wealth that need to be transferred to coming generations. If we mindlessly exploit the resources, we won’t be able to leave anything for our grand children.