On Amma’s birthday, some 200 children benefitting from the Ashram’s Vidyamritam Program came to Amritapuri from Hyderabad in order to have Amma’s darshan. Vidyamritam is the Ashram’s new project aimed at fighting farmer suicide through the provision of scholarships to 30,000 children from poor agricultural families. Similar students also came from Karnataka, Maharashtra and many parts of Kerala. 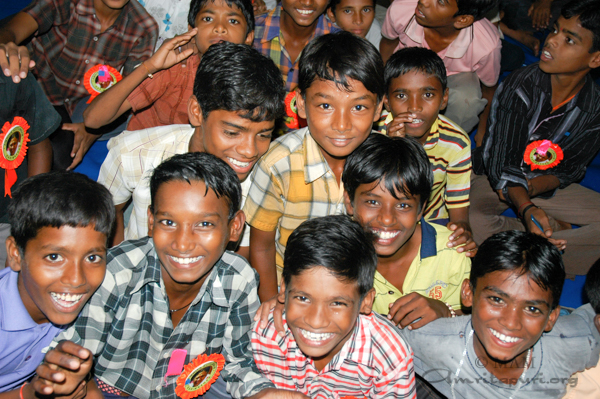 The children from Hyderabad, aged 10 to 15, came primarily from Kareem Nagar and Mehaboob Nagar. The majority of their parents had committed suicide, and as such they had been forced to discontinue their educations. In fact, many were having difficulty even getting two square meals a day. Having the lunch provided by the Ashram on Amma’s birthday, many commented that they had never before had such a tasty meal. 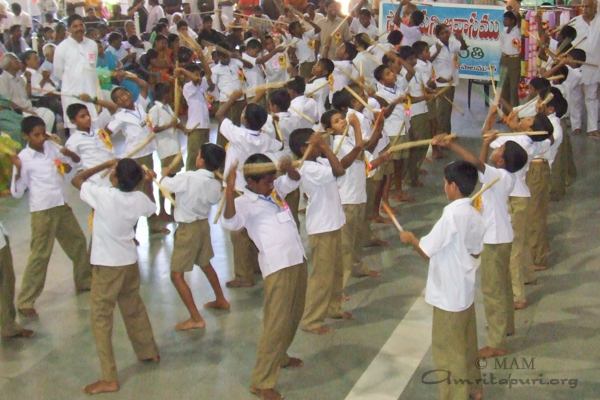 Later that day, as they came in and out of Amma’s arms, many of their eyes filled with tears, while smiles lit up their faces.

“My mother and father committed suicide,” said E. Prashant from Kareem Nagar. “I had no one. But now after meeting Amma, I feel as if I’ve gotten everything back. I will study hard and make something of my self.”