Humanitarian and spiritual leader Sri Mata Amritanandamayi Devi was today awarded with an honorary Doctorate of Letters (D.Litt. Honoris Causa) by the University of Mysore.

While the University convocation was held on 17th March 2019, the honorary doctorate was officially presented to Amma by the Vice Chancellor of the University of Mysore, Prof. G. Hemanatha Kumar, at a function held in Amma’s Amritapuri Ashram in Kollam, Kerala today.  It was done so in the presence of the Honourable Union Minister of State for Health & Family Welfare, Sri. Ashwin Kumar Choubey; Dr. V.P. Mahadevan Pillai, Vice-Chancellor, University of Kerala; Prof. Lingraja Gandhi, Registrar, University of Mysore, and other dignitaries.

Speaking on the occasion, Amma said, “I would like to express my heartfelt gratitude to the Chancellor, Vice Chancellor and other distinguished faculty members of the University of Mysore for this honour. May the Supreme Power bless this love and friendship to last forever. Through this honour, I see the interest that the University of Mysore has in upholding its alignment with the ideal of manava seva madhava seva—‘Service to humankind is service to God.’The Mata Amritanandamayi Math has been able to serve society in this manner to whatever little extent it has because of the selfless service of millions of Amma’s children all around the world. Therefore, Amma dedicates this honour to their deep sincerity and goodwill.”

Amma then delivered an address that stressed the importance of assuring academic research and science remain rooted in spiritual values such as truth, righteousness and compassionate service to the poor.

Amma said, “In today’s universities, the professional progress and promotions of the faculty’s researchers and professors are determined by how much funding they are bringing in, how many publications they are submitting, and what they are able to accomplish through their intellectual prowess. Something else should also be taken into consideration: how much their discoveries have been able to help the lower strata of society and how much service they have been able the poor and needy. If this happens, it would be like gold becoming fragrant.” Read more of Amma’s speech…

Vice Chancellor, University of Mysore, Prof. G Hemantha Kumar, said, “The University of Mysore is blessed to confer this honorary degree upon Amma, who during the past four decades has contributed so much goodness to the world—everything from spiritual education to massive charitable humanitarian efforts, showing society that these two are like two sides of the same coin. We may not be able to see God with our eyes, but we see all the divine qualities of God in Amma, who has tirelessly dedicated her entire life to uplifting the poor and suffering.”

Established in 1916, the University of Mysore is India’s sixth eldest university and its first in Karnataka. It is bestowing the prestigious honorary doctorate in its 99th convocation  upon Amma for her rich contributions to the field of spiritual education and social work. 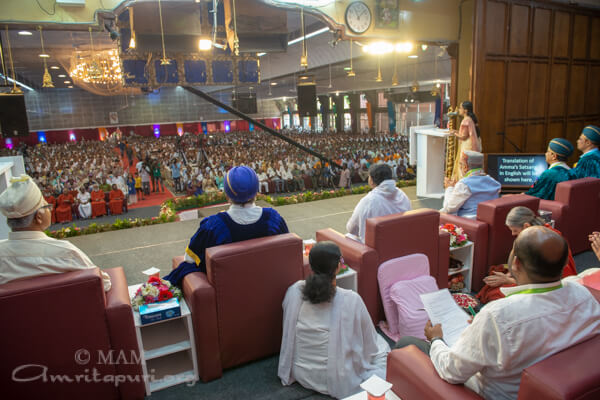 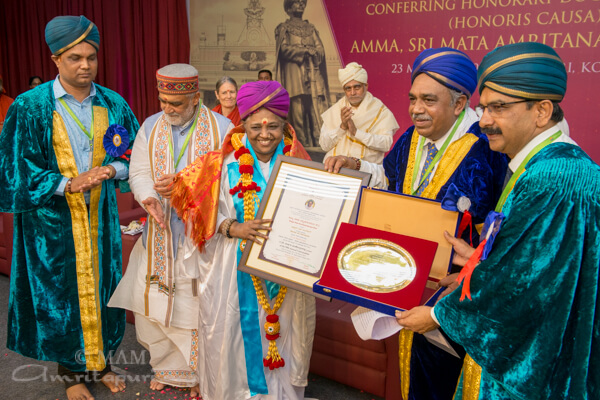 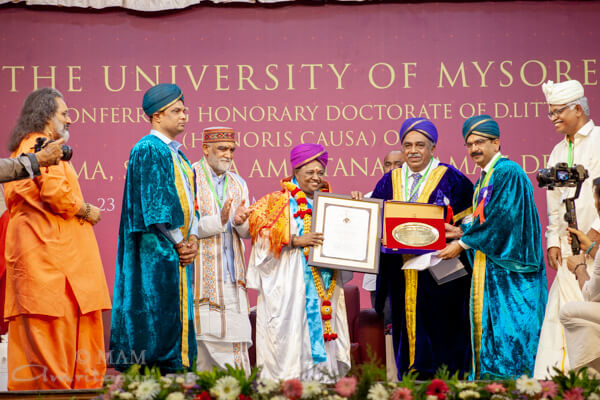 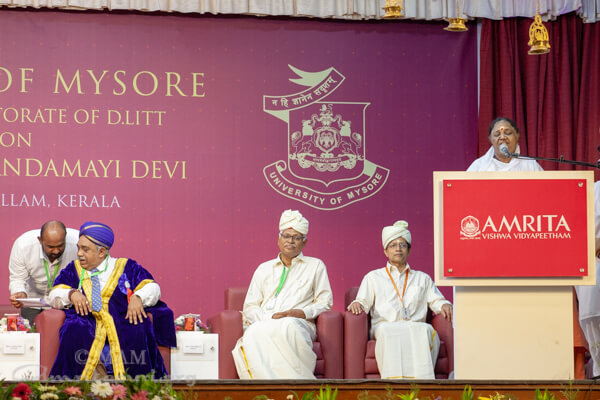 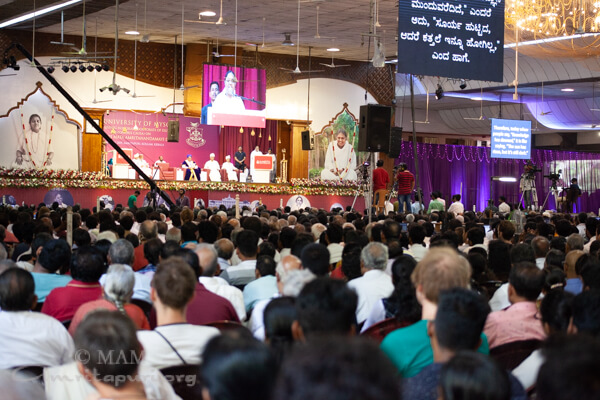 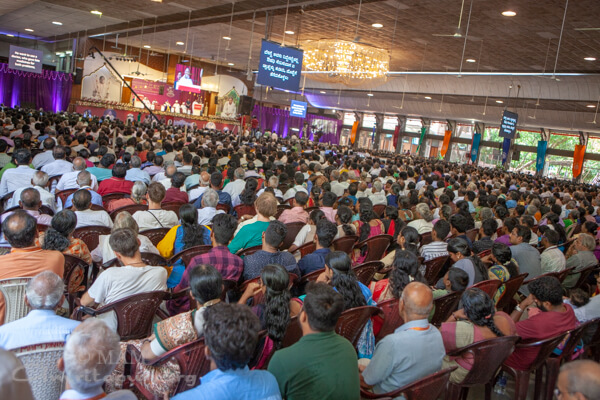 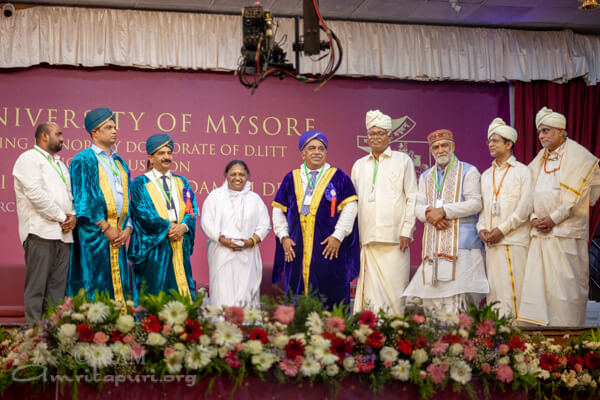