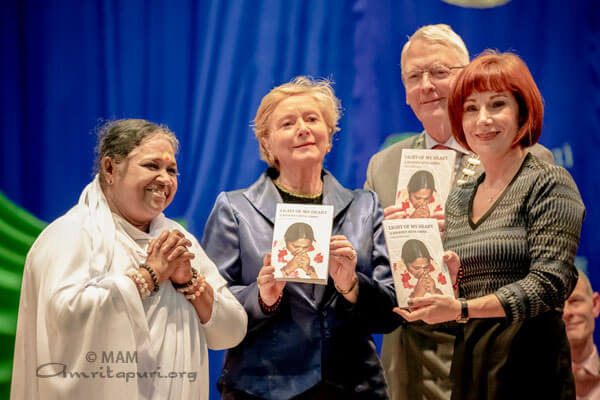 Ms Madigan spoke about the universality of Amma’s teachings: “Throughout Amma’s life, her focus has been on uplifting the poor and easing the plight of those who are suffering. No matter what your religious beliefs are, or whether you have none at all, these aspirations are the very basic threads of humanity. Oscar Romero once said, ‘Aspire not to have more, but to be more,’ and I think Amma, you embody this.”

Mr Ward expressed gratitude on behalf of all those assembled for Amma’s having accepted again the devotees’ invitation to visit Ireland. “It’s an absolute joy to welcome Amma. We are all very happy that Amma has included Ireland in her very busy schedule. Her message of love, compassion and selfless service is a message we need to hear and put in our practice in our daily lives. Thank you Amma for blessing our community, our county and our country.” 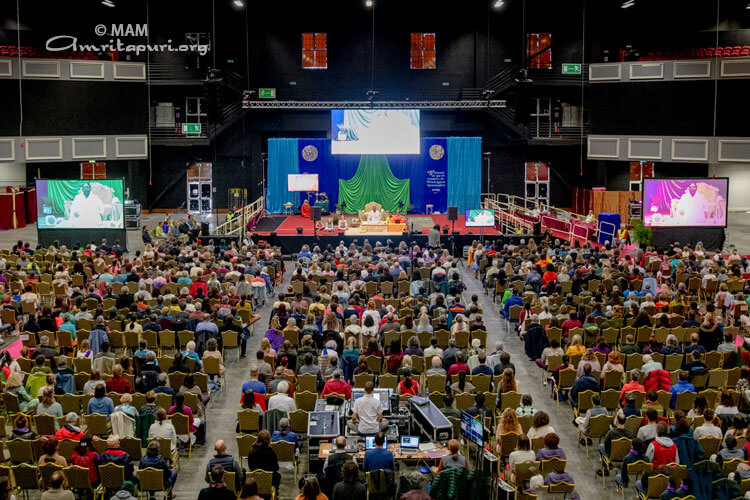 Meanwhile, Ms Fitzgerald noted that while the politicians present represented different political philosophies, there was at least one thing they could all agree on: “Many different politics are represented here tonight, but we are united in welcoming Amma to Dublin and to Ireland. Amma’s initiative to build toilets throughout India is very powerful in terms of human dignity, and safety, and respect for the individual… Amma has done a huge amount of work in empowering women and building an inclusive society. Amma shows us there is no limit to human endeavour and what we can do to change the world, and I think everyone here tonight wants to follow Amma’s example in doing that.”

In her speech, Amma spoke about the importance of not over-valuing financial wealth over spiritual and human values: “If we reject values and centre our mind and thoughts only on money, all our love will become fake. Moreover, we will have a business-minded mentality towards everything. Earn money to live; don’t live to earn money.” 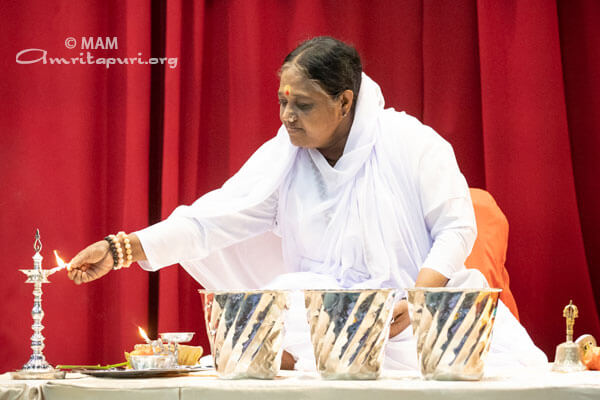 Two new books were released during Amma’s visit to Ireland: Light of the Heart, a memoir of living with Amma by Anna Dreier (Prabha); and Waves of Grace, a collection of devotees’ experiences with Amma.

Like every year when Amma visits, the Irish people offered vibrant performances of traditional music, drawing on a rich heritage and ancient culture.