Amma arrived in Kodungallur for a two-day Brahmasthanam festival. The Kondungallur Brahmasthanam Temple was the first one installed by Amma 30 years ago. 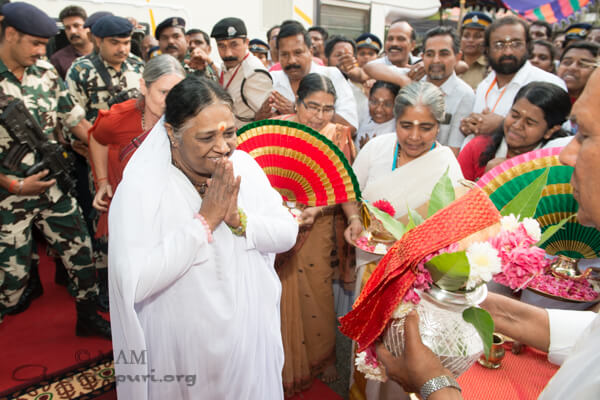 On both days of the festival, Amma delivered a Satsang, sang bhajans, and gave darshan to thousands of devotees eager for her embrace. Amongst the attendees were many longtime devotees who have been attending Amma’s Kondungallur program since she first visited 30 years ago. This year though, Amma noticed that some of the eldest devotees were not there, so she inquired as to where they were. When she heard they could not attend because they were living alone and had no means of transportation, Amma sent drivers to pick them up and give them rides to the program. When they arrived, Amma discovered that many were sick, living alone, and had no one to support them. Amma felt their sorrow, comforting them and reiterating that Amma will always be there for them.

In her Satsang, Amma addressed the devotees, saying:

“We should not feel dejected thinking about our past. The past is like a Lottery jackpot we missed out on. There is no point crying about the money we could have won. We only end up wasting time. When birds fly overhead, we cannot stop it. We just let them fly by. Brooding over the sorrows of the past is like letting these birds to land on our head and build a nest. The past is a cancelled check. Tomorrow will never become today, and yesterday can never become today. Only the present moment is in our hands–use it intelligently.”

Movie star and comedian, Salim Kumar came to meet Amma during the program. He addressed the audience and shared his own personal experience about overcoming the curveballs of life, and, unsurprisingly, delivered his speech with the unique sense of humour he is famous for. Amongst his stories was a funny tale of how he managed to make Amma laugh:

“My surgery for a liver ailment was scheduled at the Amrita hospital. The doctors there advised me to meet Amma as the surgery would be very costly, but being a person with great self-respect I couldn’t imagine myself requesting Amma to help me.

“But I just decided to meet her and went to Amritpauri. She offered me a seat and asked me why I wanted to see her. 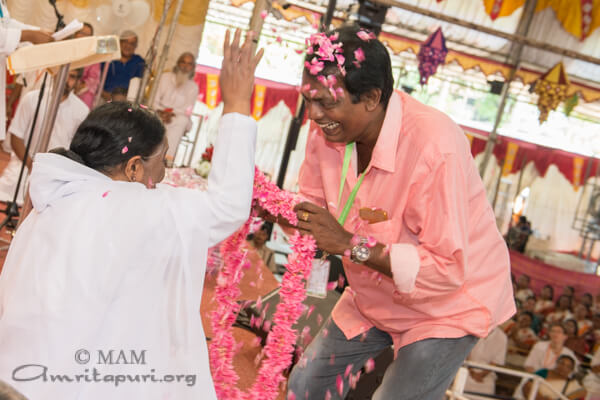 “When I told her that I had come with a grievance, she said, ‘Tell me, son.’ Then I told her that I was 46 years old at that time and my age is recorded as 56 in the register at the Amrita hospital. ‘Amma you should tell the authorities to change it.’ Hearing this, Amma began to laugh and she couldn’t stop. Then she said that I shouldn’t worry at all about the money and should go ahead with the surgery. Amma said, ‘I want you, my son.’ Nobody has ever told me that in my entire life. Since that day I am a devotee of Mata Amritanandamayi.”

Salim Kumar said that he later thought about the incident and wondered how Amma had been able to understand his need. “Every person who meets Amma has a tragic story to tell, and in between those tragic stories I appeared with my comedy.” He said.

As a gift to the people of Kodungallur, Amma distributed working capital to the AmritaSREE Self-Help Groups. School children of Amrita Vidyalayam also presented various cultural programs during darshan both days.

Wrapping up the first leg of the 2018 Bharata Yatra, Amma left Kodungallur to return to Amritapuri. 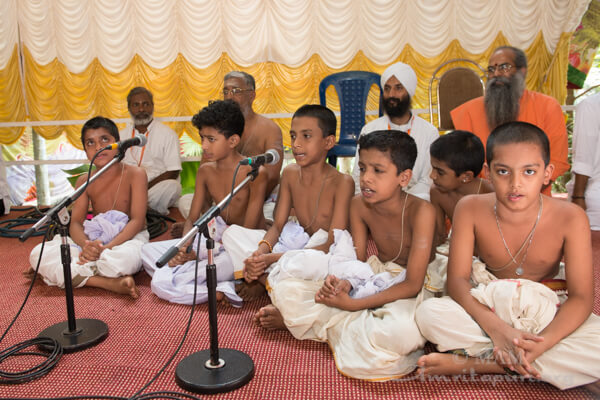 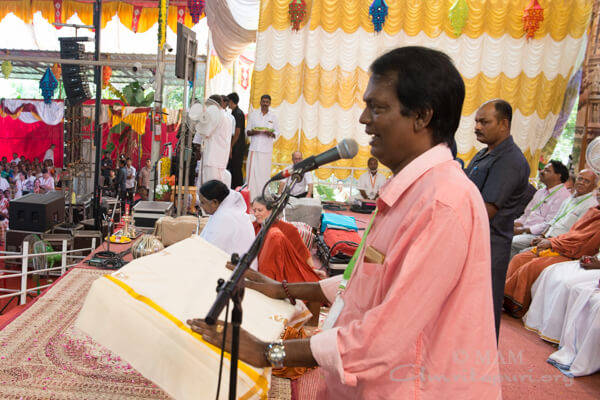 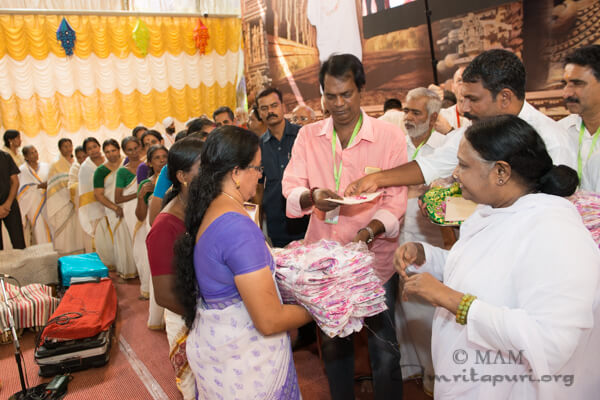 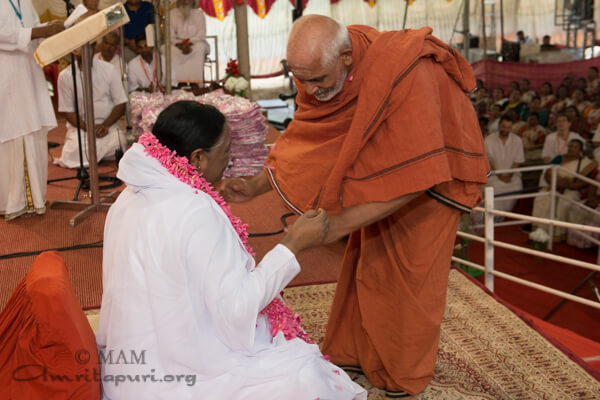 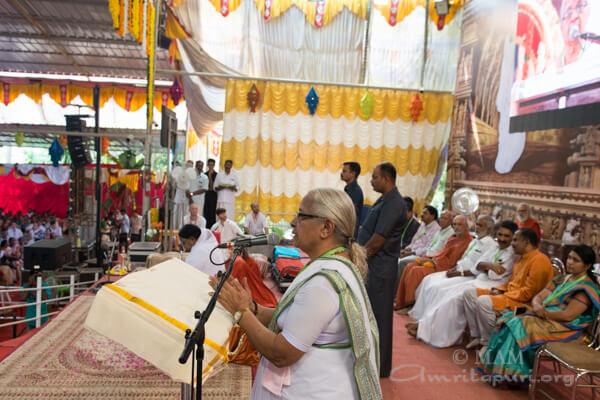 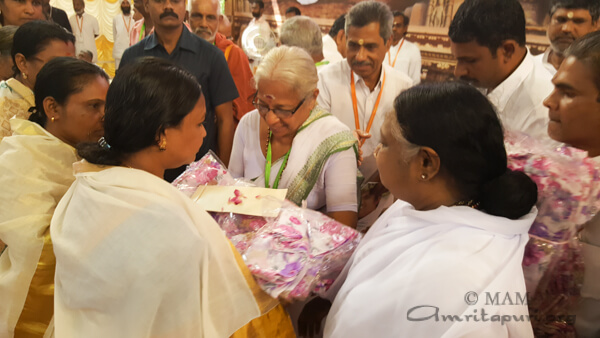 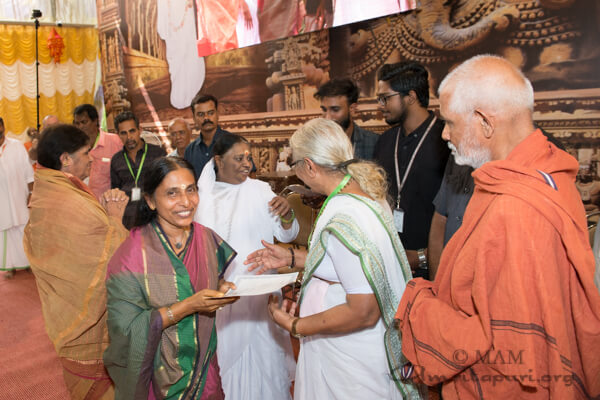 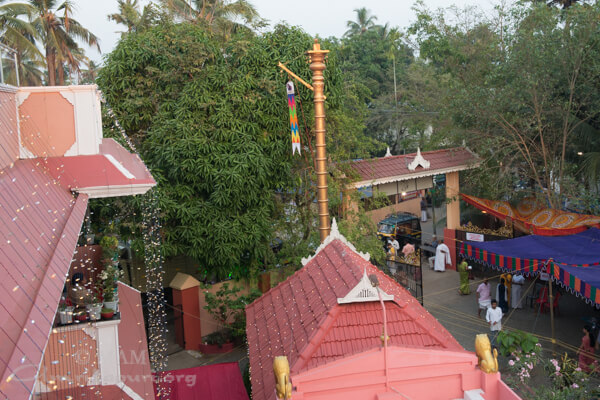 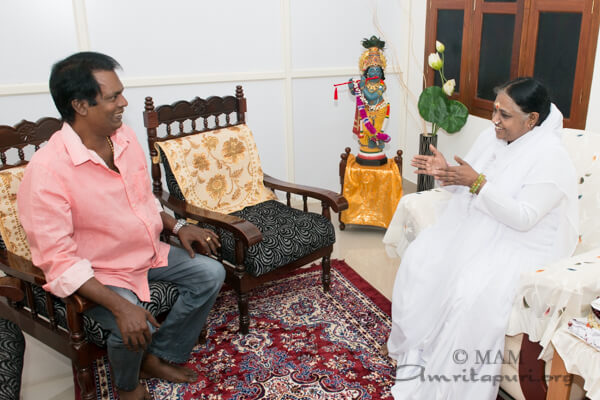 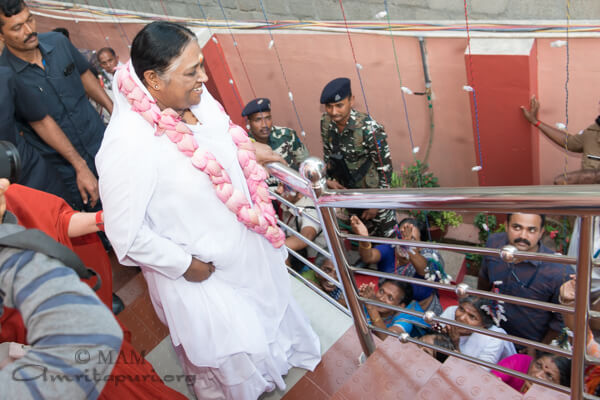 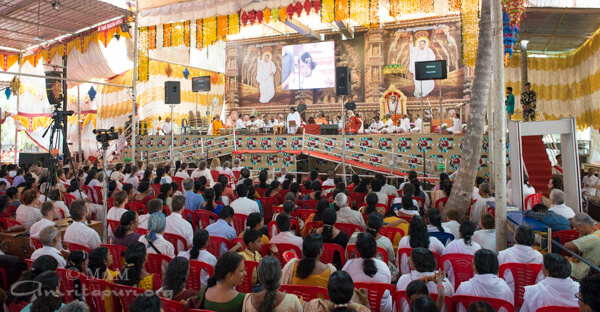 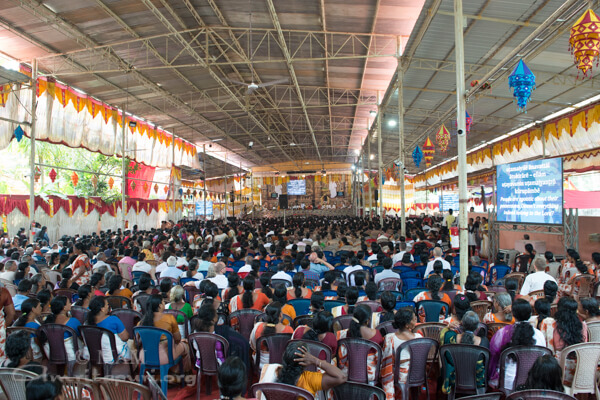 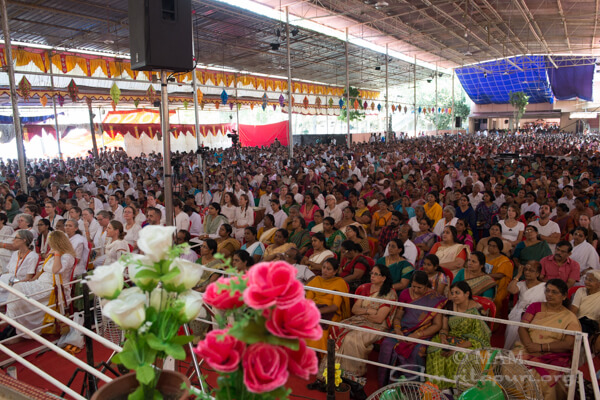 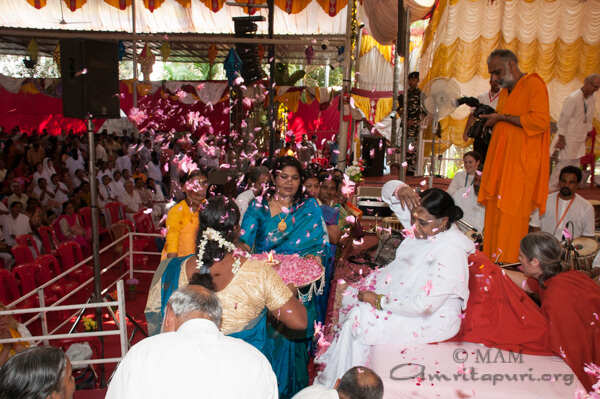