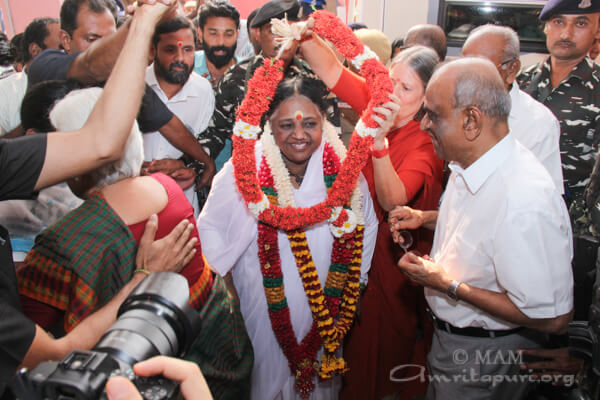 Addressing the thousands gathered at the Amrita Vidyalayam school grounds, Amma asked everyone to perform right action and to free themselves from thoughts of worry regarding the past.

As with past years, a large group of Baduga devotees from Nilgiris performed their traditional dance while Amma joined them, briefly gesturing their signature moves while giving Darshan.

The Coimbatore program was a hot and dusty one, but the devotees waited as patiently as ever to receive Amma’s darshan.

Several students got mantra initiation looking for the peace and happiness that such practice can add to life. 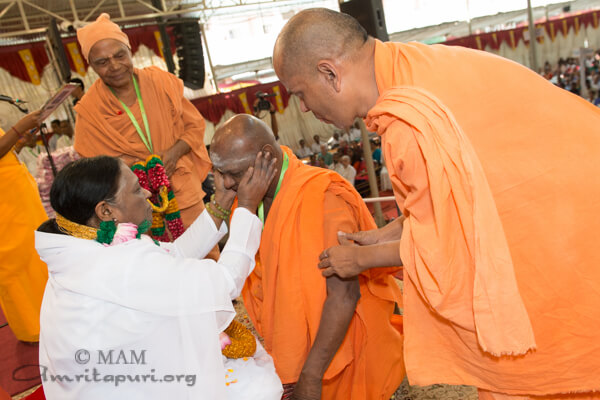 After two days in Coimbatore, the program concluded and Amma departed for the next stop of the Yatra in Kodungallur. 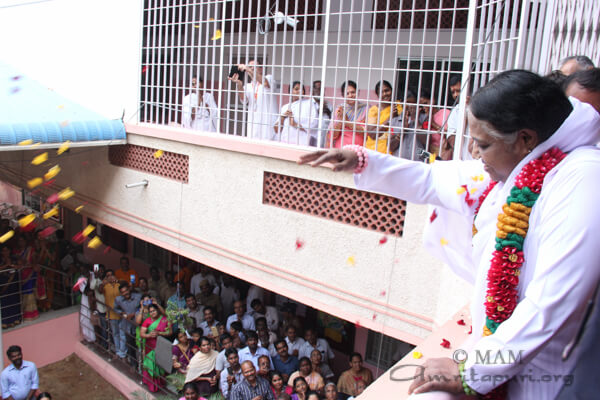 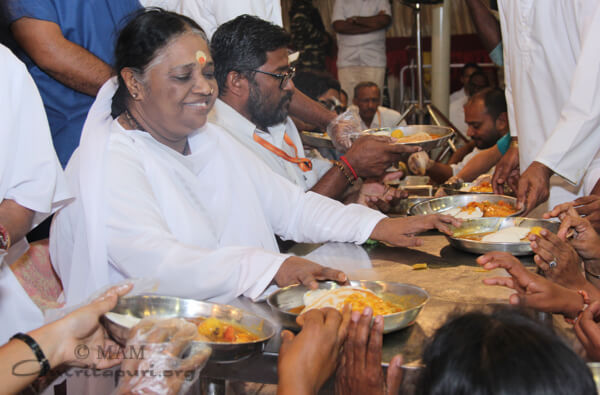 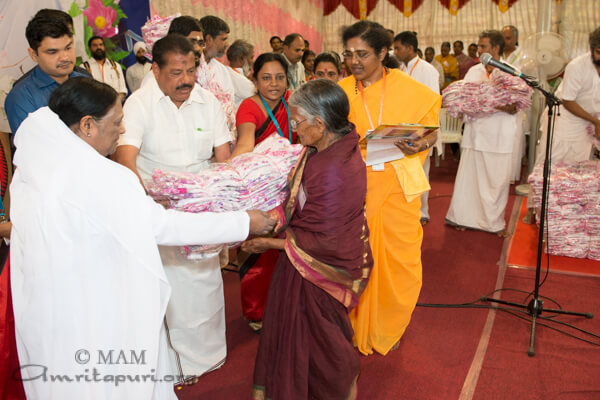 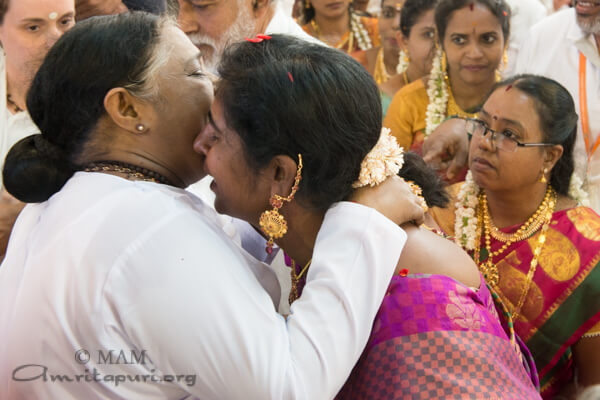 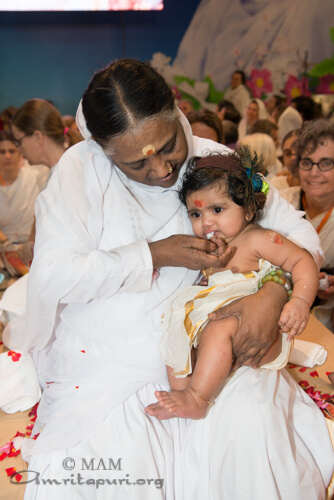