Attendees to Amma’s programs at the Zenith Omega stadium in Toulon, Southern France once again packed the arena for three days straight. There was a special ceremony in celebration of Amma’s 30th anniversary of visiting Europe, and 20th anniversary of visiting Southern France. During the ceremony, Amma was presented with two awards for her lifetime of work as a spiritual leader and humanitarian. 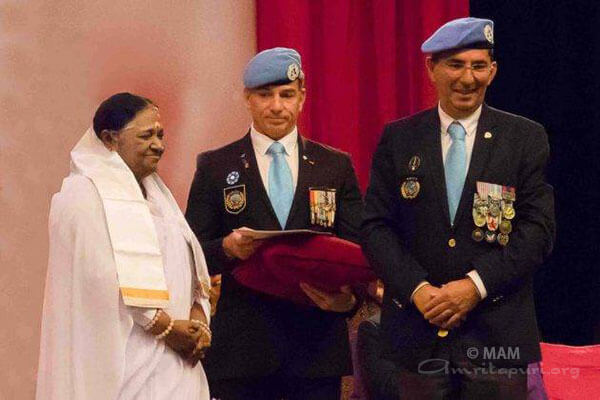 The Soldiers of Peace International Association presented Amma with its ‘Commemorative Gold Medal for Peace.’ The organisation’s President, Laurent Attar-Bayrou, addressed the thousands of people assembled. “As military men coming from different countries, we have fought, arms in hand, for the sake of peace, under the Blue Helmet of the United Nations. We affirm today that lasting peace comes only from the hearts and the minds of men. Those who are fighting with you Amma have understood this; we as well. Your fight, Amma, is our fight. Amma, you give meaning to life, allowing hope for those who have nothing. This hope is the very essence of humanity. With you and through your example and joy, the poor discover fulfilment and the rich gain humility. Fully dedicated to your mission, you shake the walls of indifference. On this earth, you sow hope. From this water, you draw love. From these skies, you make hearts blossom and shine.”

Before presenting Amma with the award, Laurent Attar-Bayrou, said, “We are not pacifists or warmongers, but practical men. We gather for the sake of conflict resolution, human rights, education and sports. We recognise our mission in yours. You are also a Soldier of Peace, and we will walk with you in your quest for love.” 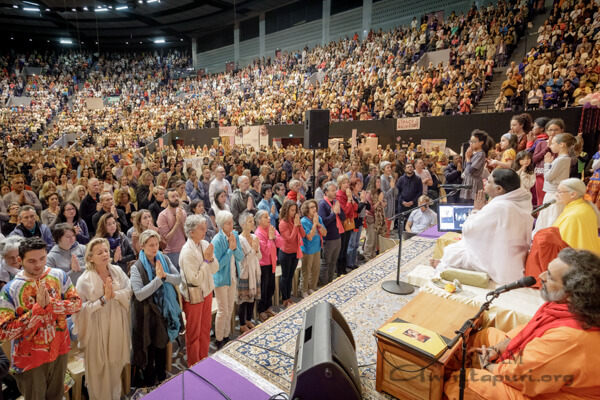 Monique Robineau added, “Your darshan has enabled me to see how you can clear the tears of all these people and provide hope, through the love that you give in your embrace. We are very proud of welcoming you once more on our land, that you have filled and brightened with all your love. In this world shattered by conflicts and crisis leading to insularity and paralysis, your message and embrace bring hope to our hearts and light to our spirits.”

Presenting Amma with the medal “with all the gratitude, respect and love of this land and its inhabitants,” Monique Robineau said, “This is for all the work that you have done for the lives of so many people. You are the Ambassador of Love and Peace in the world.”

At the close of the 30th anniversary celebration, a special surprise awaited – the entire arena stood and waved paper hearts in the air, while at the rear of the arena, directly in front of Amma, more than 1,000 people, holding white and red sheets of paper in perfect coordination, stood up and transformed themselves into a massive heart, red against a white background.

Another special moment during the programs came in the form of a cake. Three years ago, Amma blessed a project to build Promise House, a drop-in center for teenage girls facing difficulties in their lives. This year, the devotees who had established the new center brought Amma a cake topped by a rose-shaped jewelry case. Inside the case was the key to the new Promise House, as the center is about to open its doors.

And thus Amma’s love finds its way, like a winding river, into the lives of those who have never even heard her name. For 30 years now, this river has been flowing, watering the hearts and minds of all who cross its path, and many never set foot in it, yet are touched by those who did. 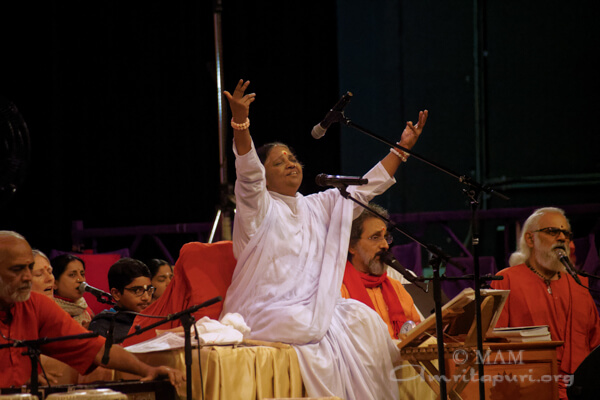 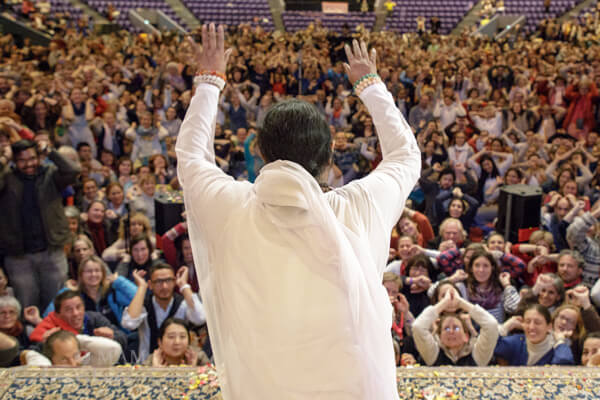 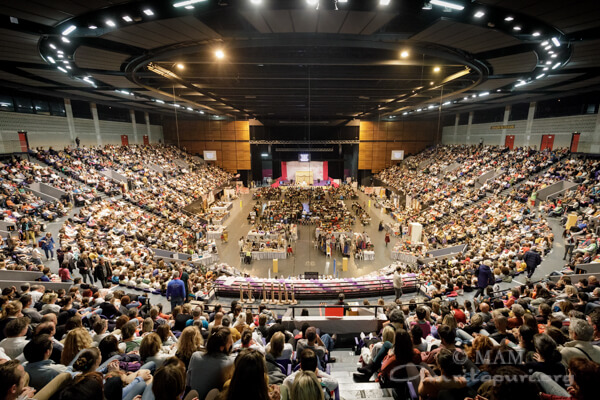 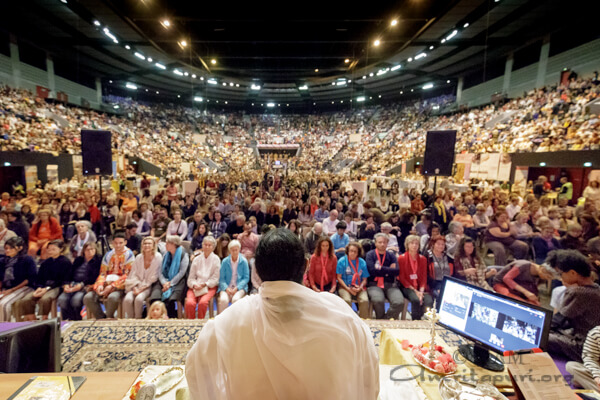 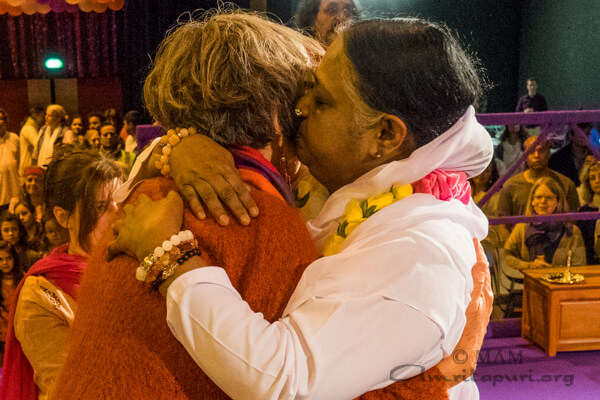 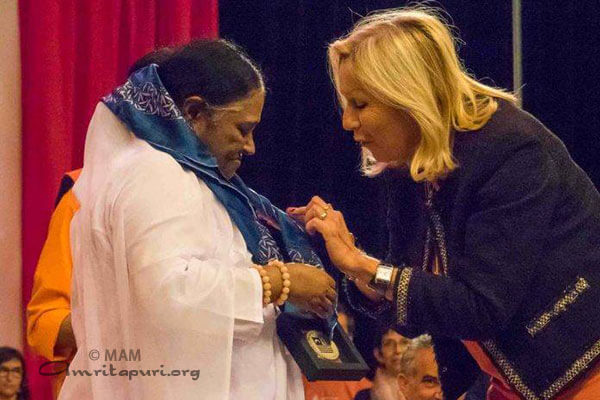