After Kochi, Amma held a two days brahmastahanm festival in Trissur.
Amma was welcomed with PanchariMelam and Raman, the elephant was there. 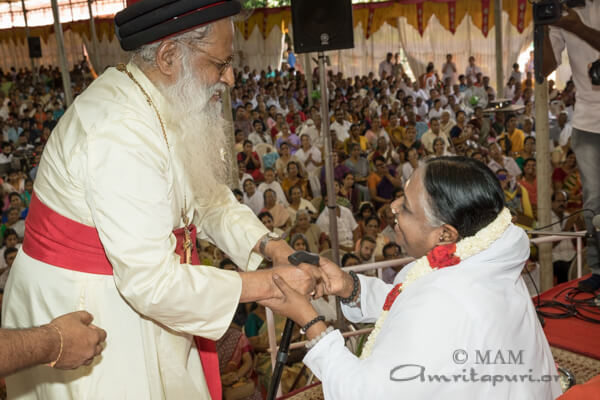 Dr. Mar Aprem Mooken Metropolitan, the head of India’s Assyrian Church of the East, came to see Amma. After having Amma’s darshan, His Grace said, “In Amma I see someone who is very much deserving of the Noble Peace Prize. She deserves it, and this is something I pray that I get to see in my life time.”​

The heat and the weather did not reduce the number of people coming to meet Amma. She lead everyone in bhajan and meditaton, gave talks on both days. 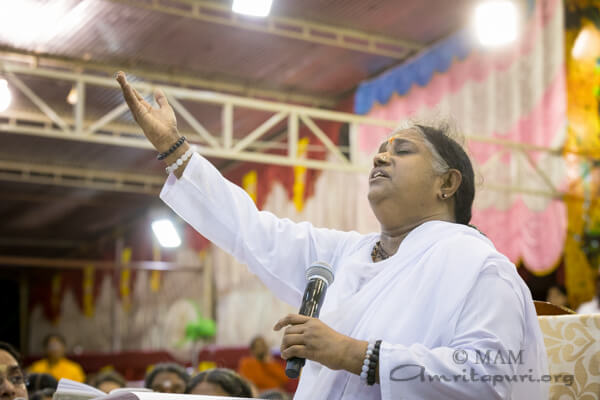 Speaking on the occasion Amma said “Man’s self-serving perspective, which will lead people to consider others as enemies. When people perform actions with only the end-result in mind, they will not hesitate to do anything to attain that end – even committing crimes. Only when joy and sharing come into human action, will our efforts become complete.”

Amma also distributed saris to the members of local women’s self help groups, handed over certificate of completion of newly constructed 15 toilets in that area. The toilet construction is part of Amma’s efforts to make the state open defecation free. The local Amrita Vidyalayam children presented different cultural programs to add festive flavour to the program.
At the end of the last darshan Amma sang “Guruvadi Vani Sunlo…” to conclude Bharata Yatra 2017 and return to Amritapuri. 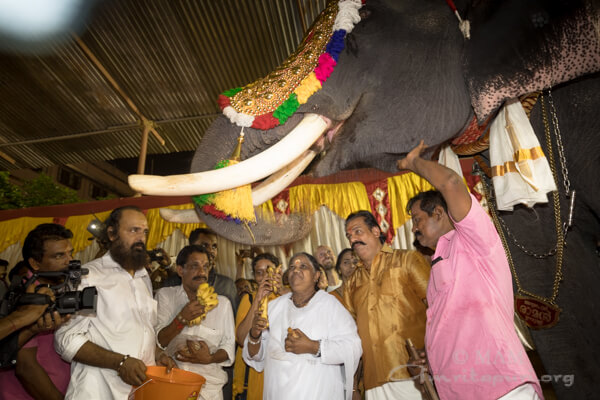 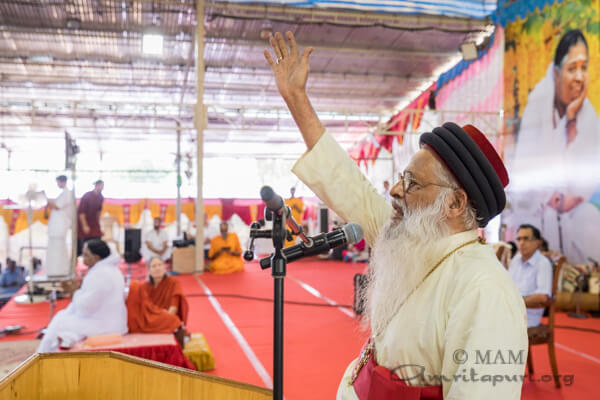 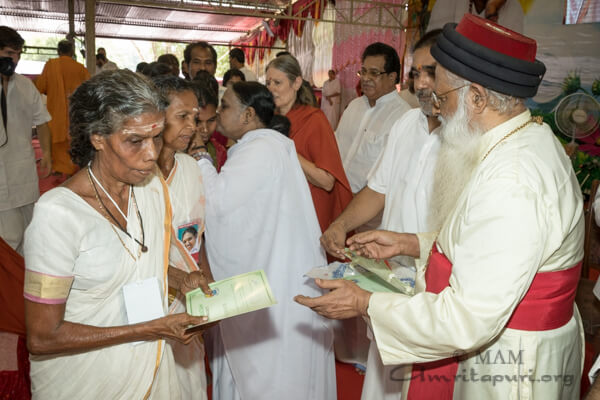 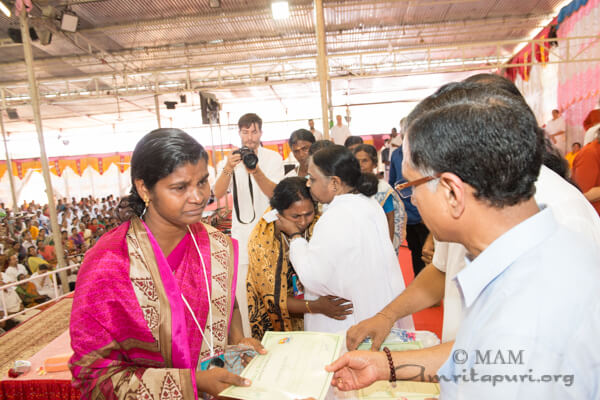 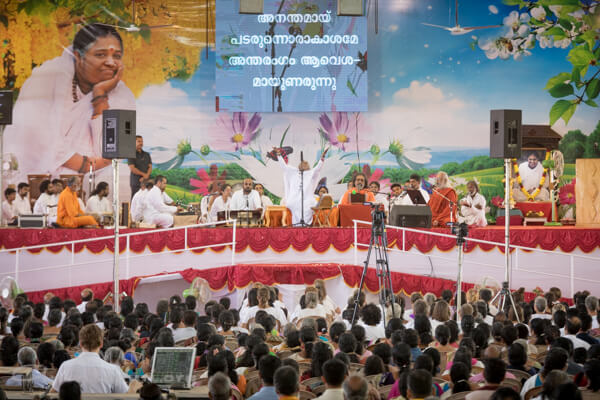 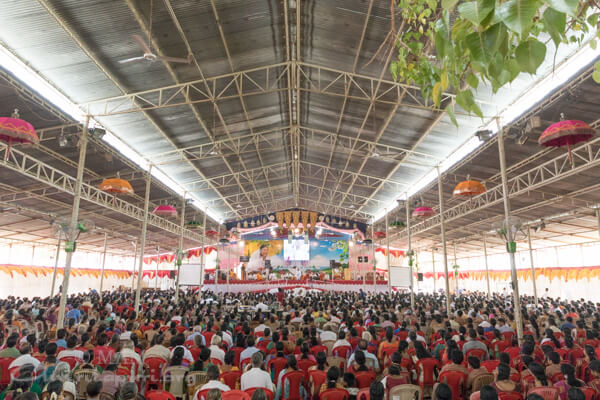 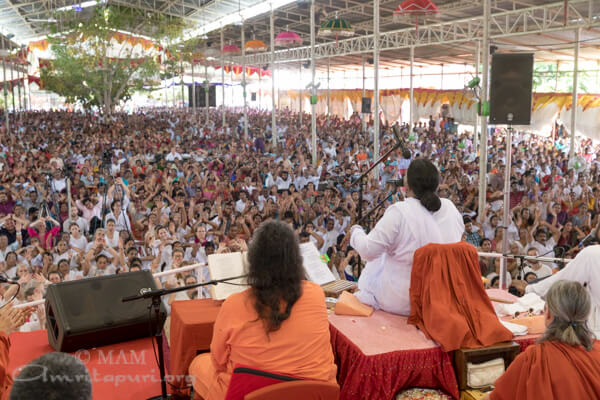 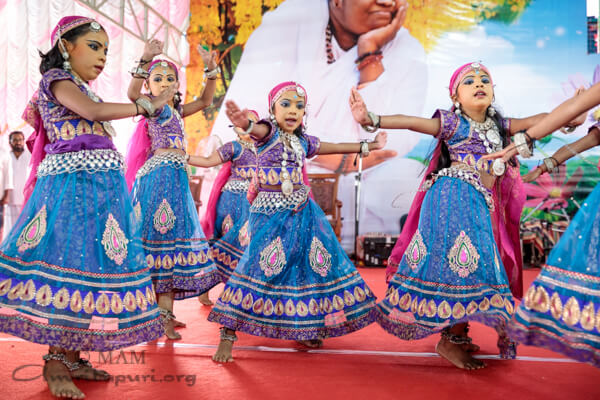 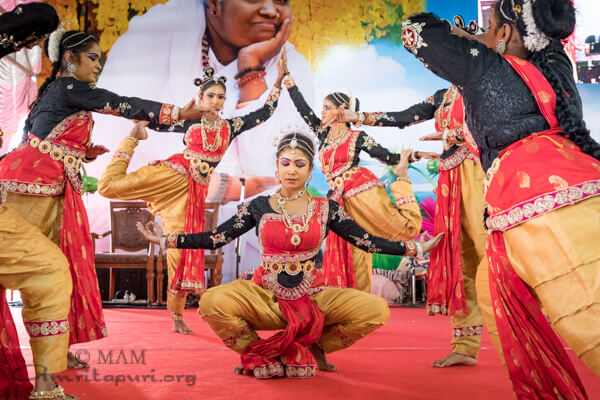 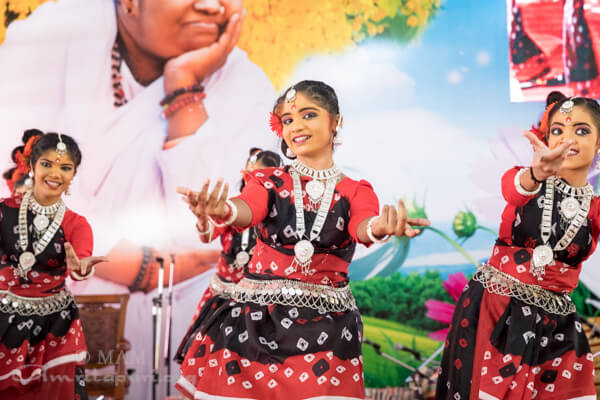 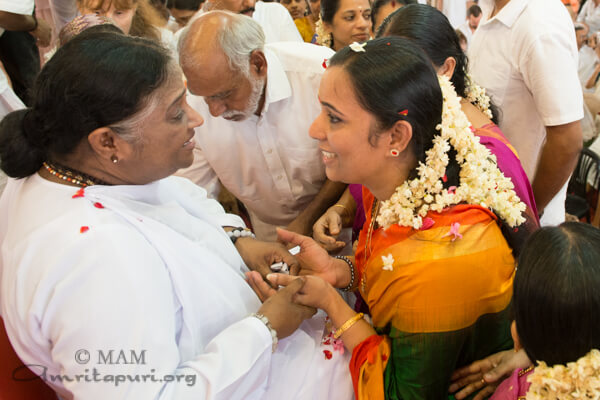 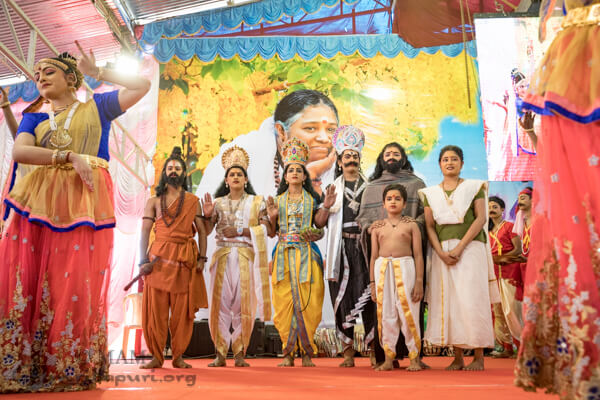 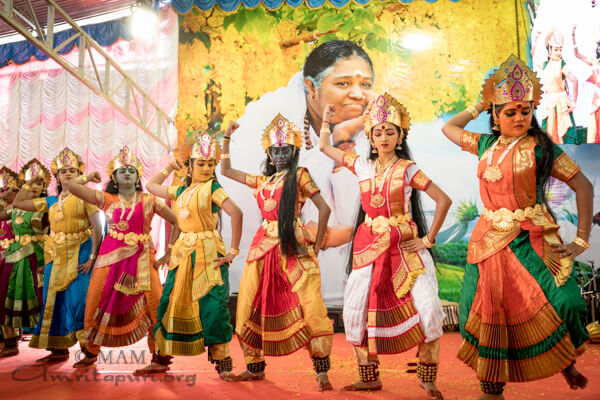 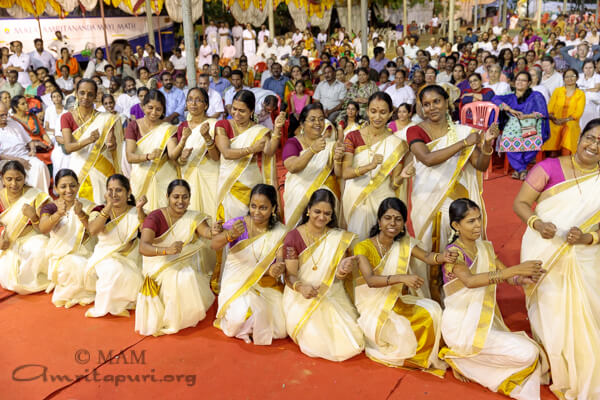 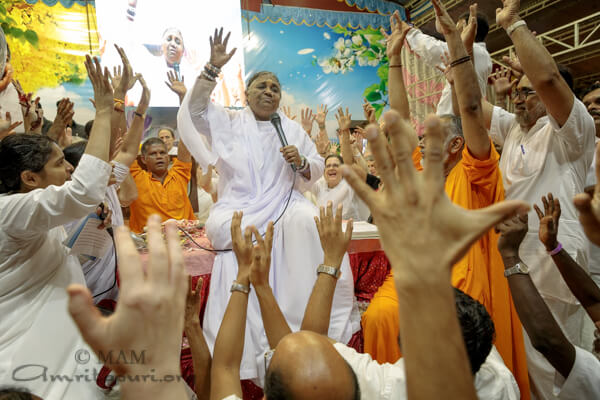 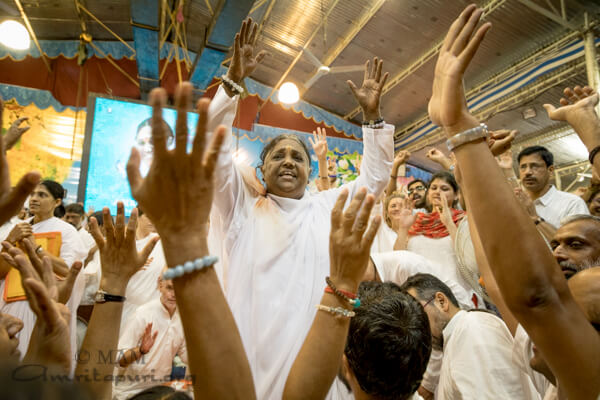