The Coimbatore Amrita Vidyalayam grounds were filled by all those attending Amma’s annual Brahmasthanam Festival. The huge crowd stretched all the way to the back of the school premises from the front stage. A light evening drizzle cooled off the day’s heat as all the devotees awaited Amma’s arrival. 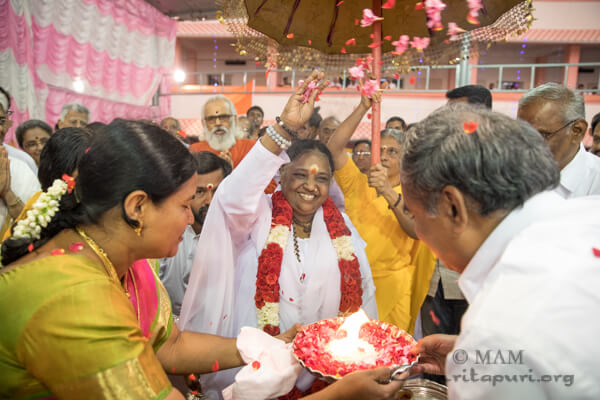 The music of the school band signaled Amma’s entrance. She was welcomed to the stage by a line of small children in traditional dress, plates of flowers, and bright lamps. Swamini Pramananda and Swami Siddha Bohdananda of Poorna Vidya Ashram were there to honor her. Siva Janana Priyanba of Sarada Math was also there to garland Amma. After speeches by the local dignitaries, Amma gifted saris to the members of a self-help group in Coimbatore. She then proceed with bhajans, a satsang, mediation, and a puja for world peace led in the Tamil language before starting darshan.

In her satsang Amma noted that environmental protection is one of the greatest issues mankind faces today. She said that solutions can be found by walking along the path shown by our ancestors. “In the past, people didn’t need to ‘try to protect Nature.’ This is because their way of life, itself, protected Nature. Reverence and respect towards all creatures and creation was an integral part of their life. It was ingrained in them that they should take only what was needed from Nature, without exploiting and destroying her. But in the modern world, we see people taking from Nature and their fellow human beings without any limit,” Amma said.

As Amma hugged each and every person who came to receive her blessings, Amrita Vidyalayam students performed a mixure of traditional bhajans, sampradaya bhajans, abhangs, and classical bhajans.

The Baduga people performed a beautiful tribal dance to their traditional music, this time with many small groups dancing independently to the same song. The whole hall was dancing. Occasionally Amma would stop darshan and enjoy looking at the dancing devotees. 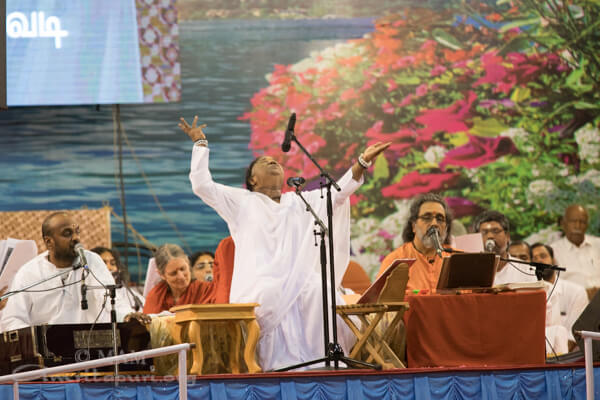 Amma continued darshan all through the night, only coming to a stop at 7:30 in the morning as the sun was rising over the Amrita Vidyalayam campus.
It was a joyous night of celebration and devotion, one that many would treasure in their hearts always. 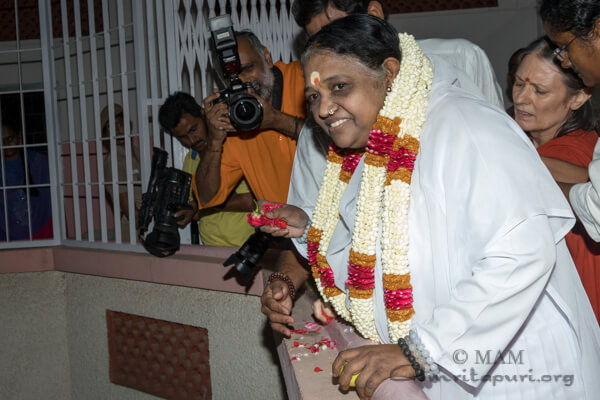 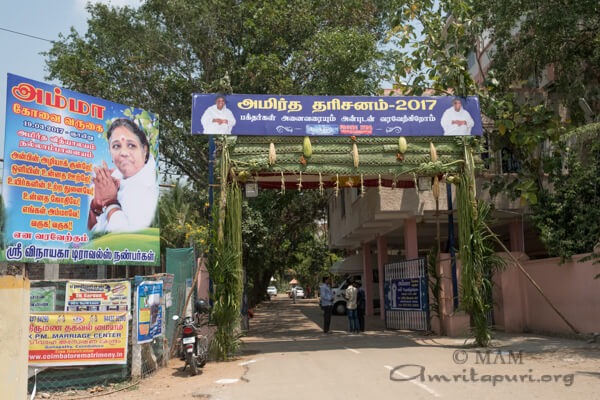 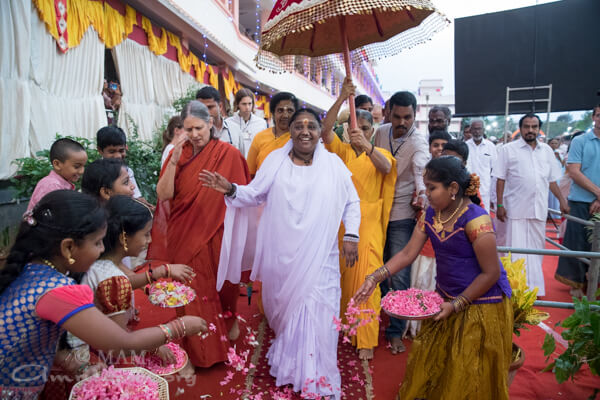 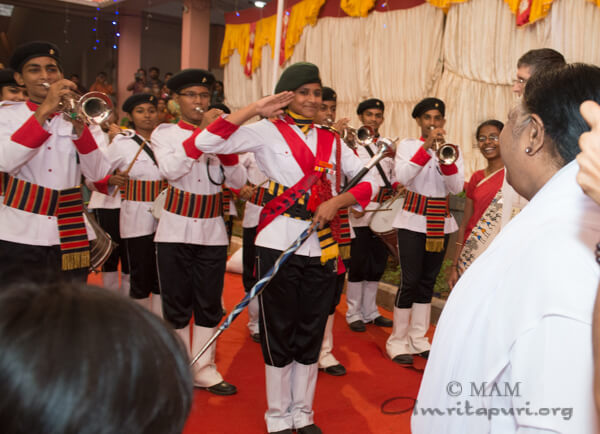 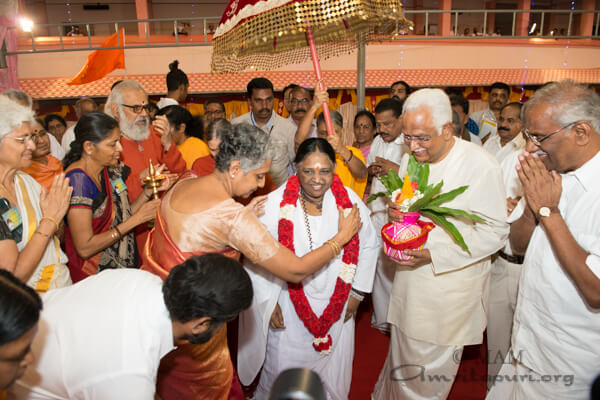 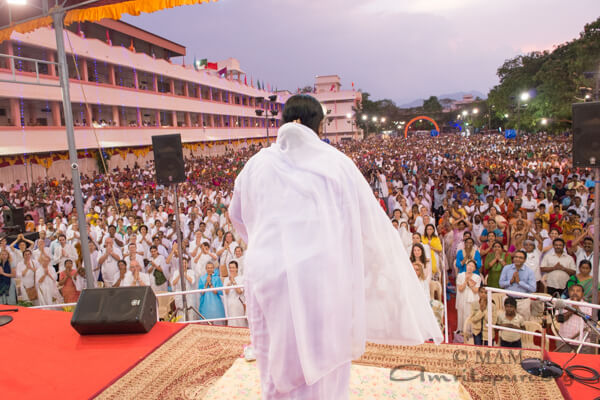 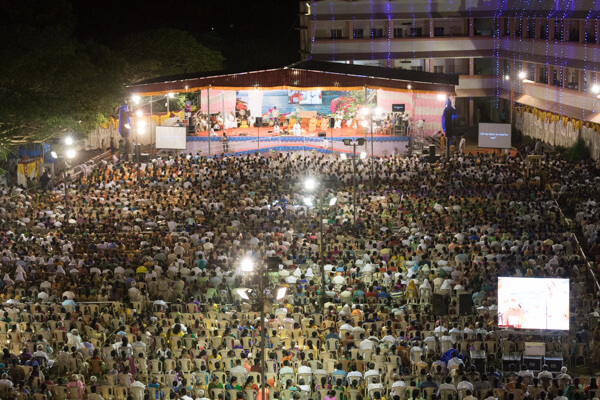 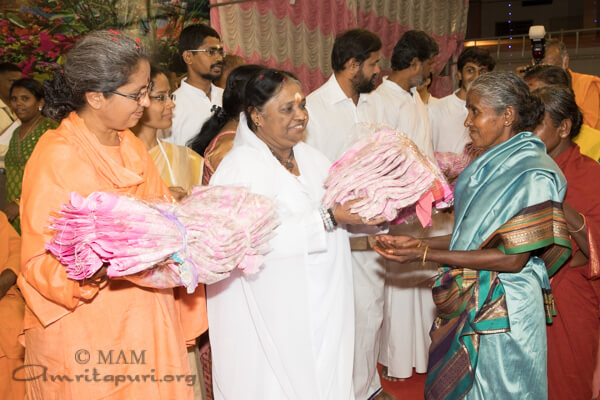 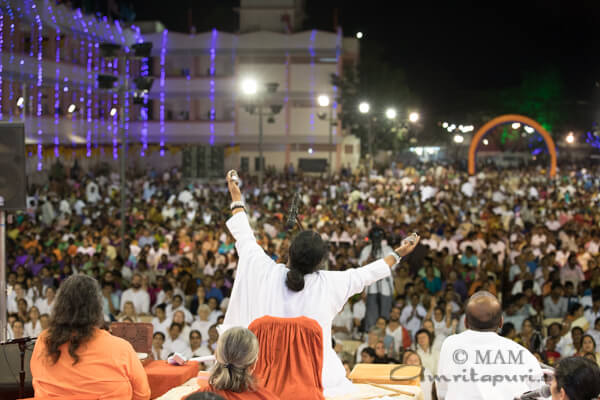 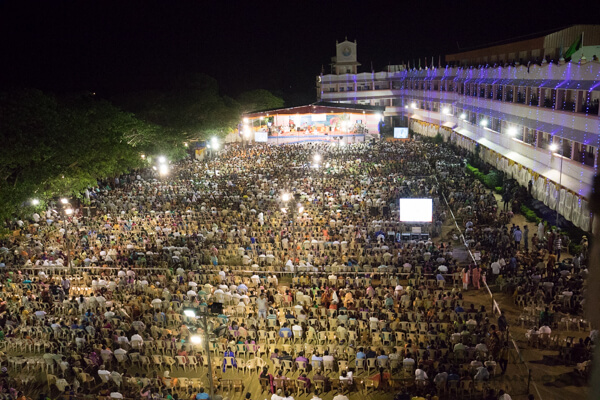 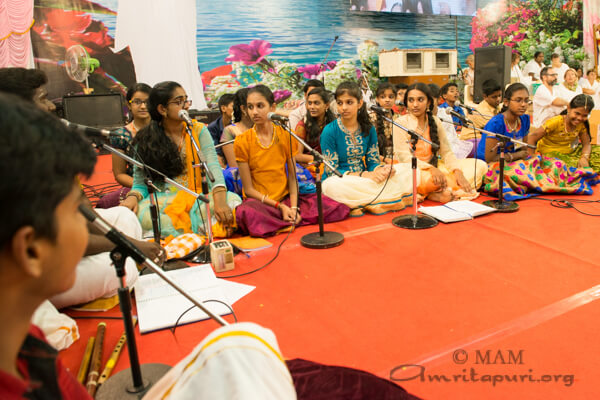 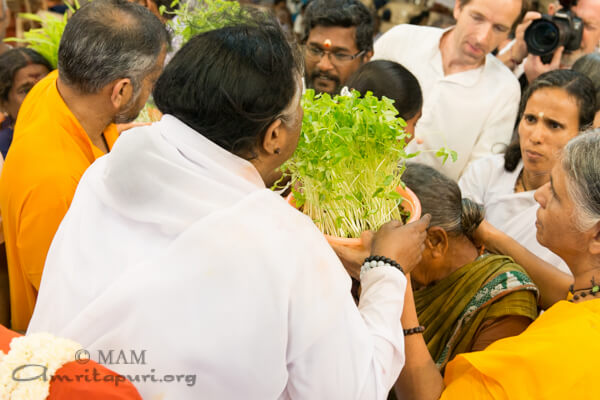 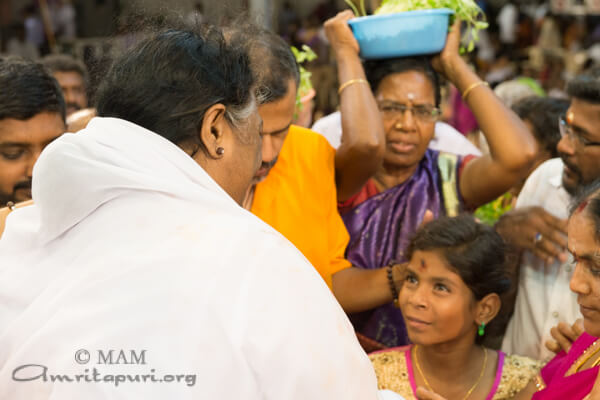 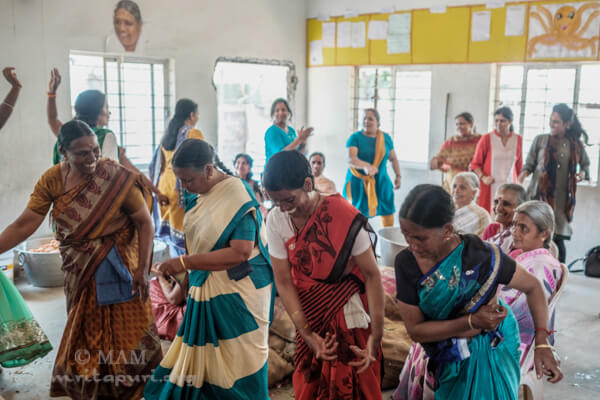 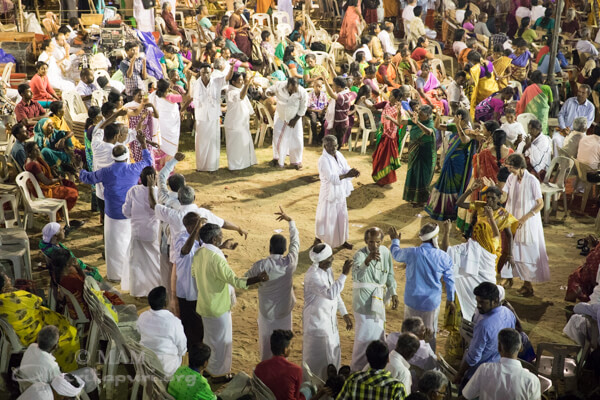 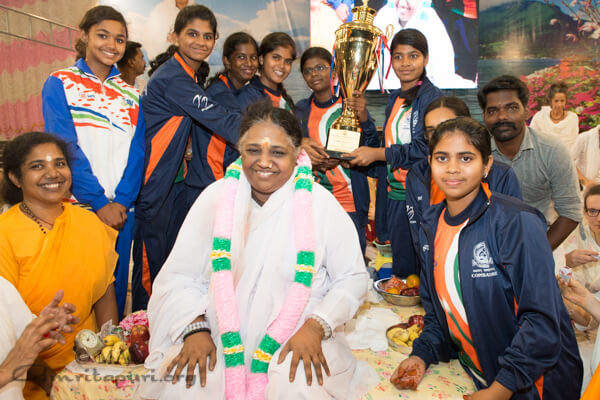