Amma held two days of programmes at the Madurai Ashram and Brahmasthanam Temple. Amma led the Manasa puja in Tamil for the benefit of the devotees there, and distributed new saris for members of the AmritaSree Self-help Groups in the area. 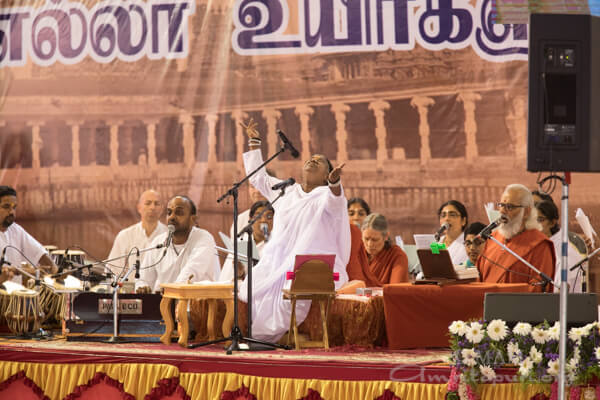 Addressing the crowd, Amma reflected: “God is the indivisible oneness, devoid of all boundaries or separation. Mother Nature, the atmosphere, the birds and other animals, the plants and trees—each and every atom in them is overflowing with this divine power. God is fully present in all that is sentient and insentient. When we fully understand this truth, we can do nothing but love ourselves as well as everyone around us.”

Devotees brought hundreds of traditional ‘Mulapari’ offerings to Amma.They had undergone a 9-day fast and performed a special ritual that involved the sprouting of seedlings in mud pots (Mulapari). Amma humbly accepted each one, embracing and kissing both the offering and the one who brought it. 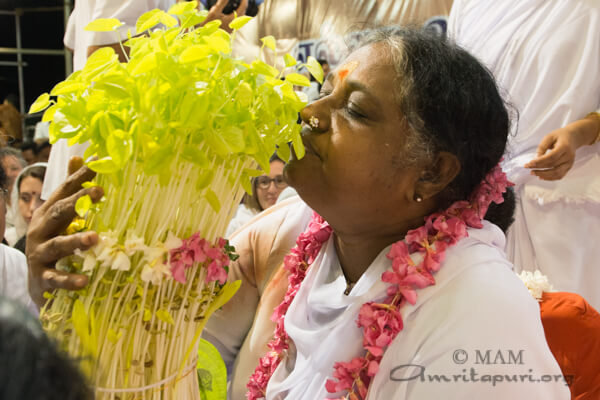 During Amma’s darshan, Amrita Vidyalayam children presented different cultural programs. At the end of two days of darshan, just before Amma left the stage, her children in Madurai had one more request for her: to sing Amma Amma Taye with them. As Amma sang, the devotees were transported to another plane, their hearts’ desire having been granted in their last moments with Amma. And as Amma sang to the Divine Mother, and the devotees sang to Devi embodied in their very own Amma, Amma and her children were united in divine bliss. And thus the devotees of Madurai were left with another precious memory to sustain their bond with Amma as they assimilate her message of love and service, carrying it with them in every moment of their lives. 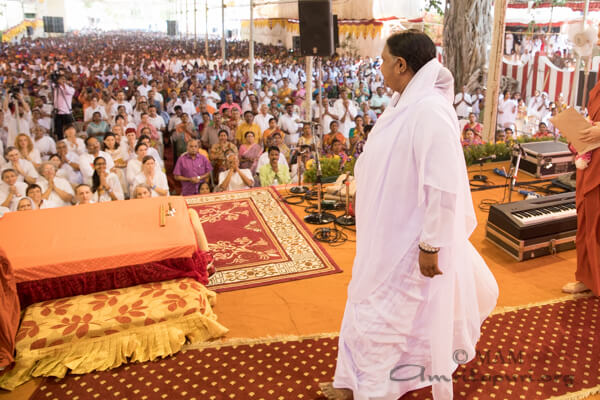 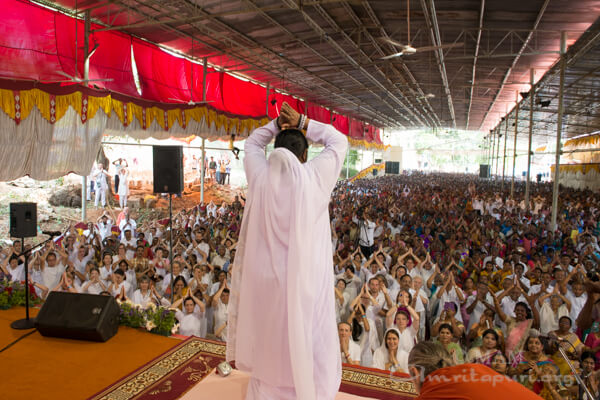 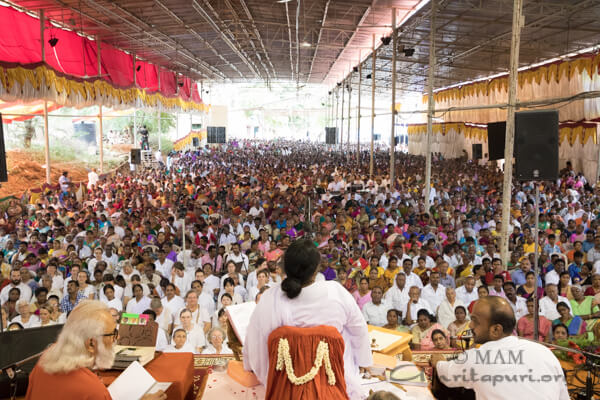 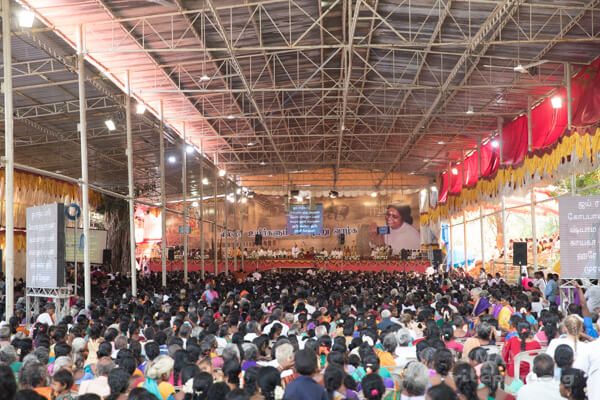 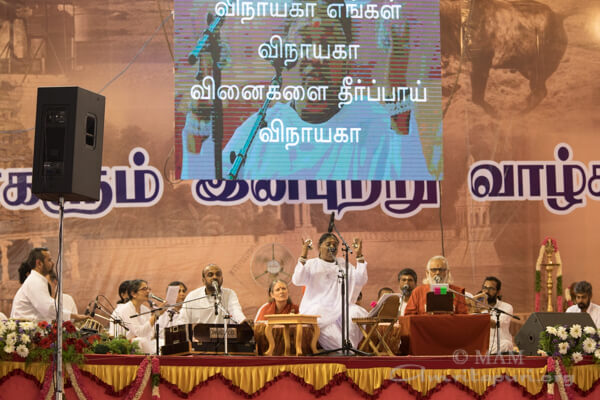 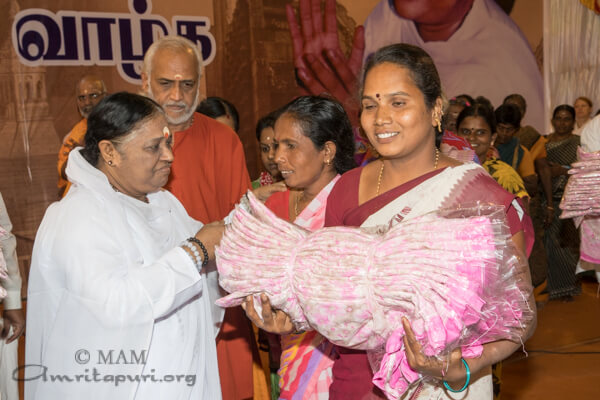 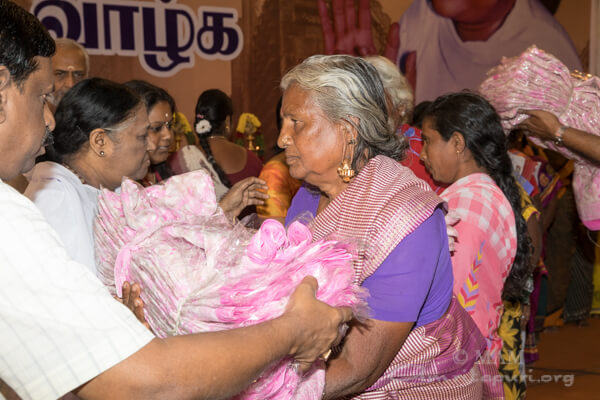 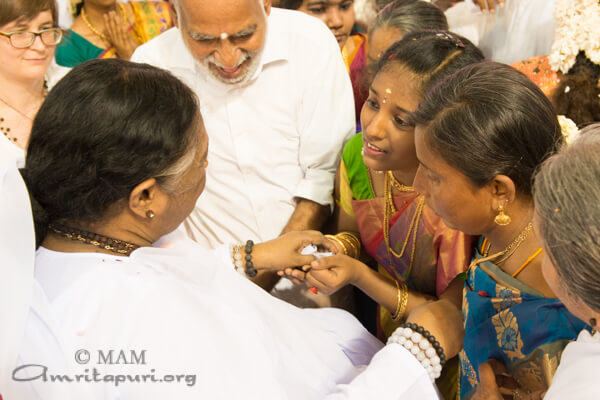 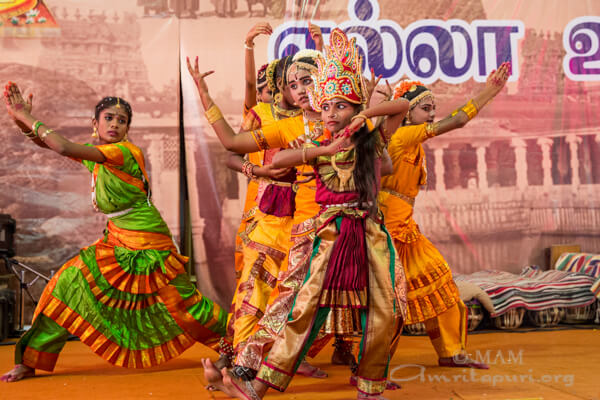 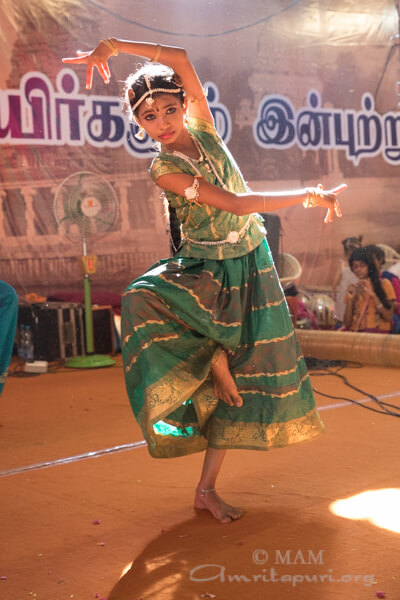 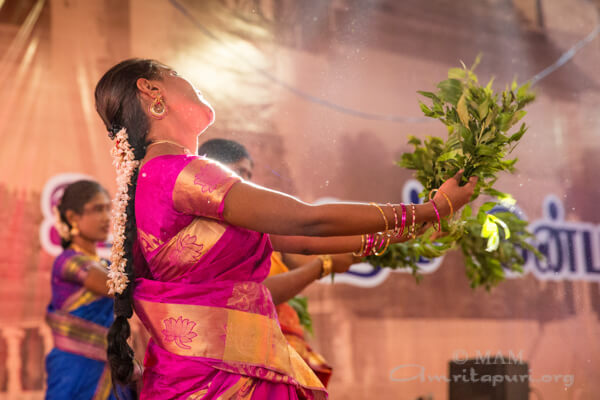 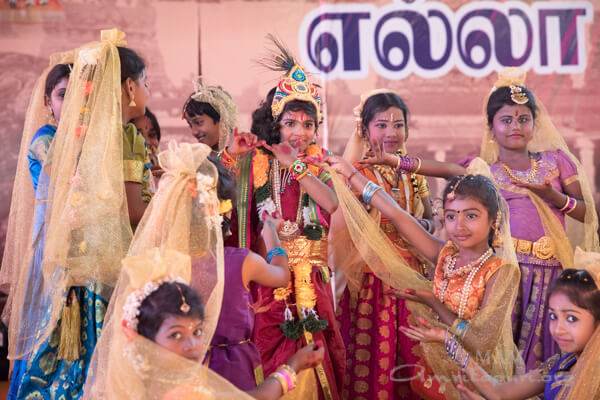 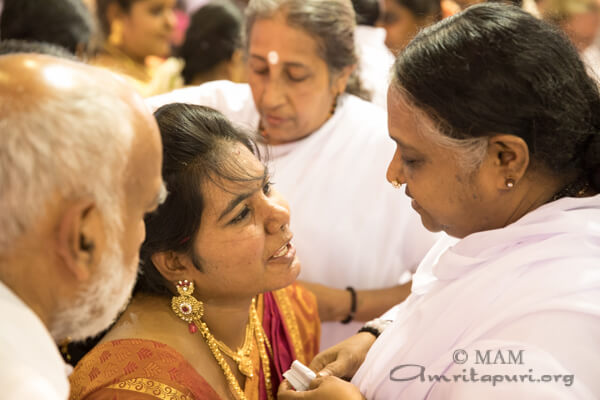 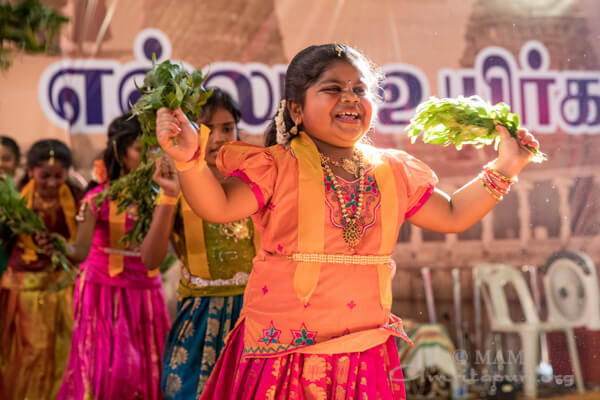 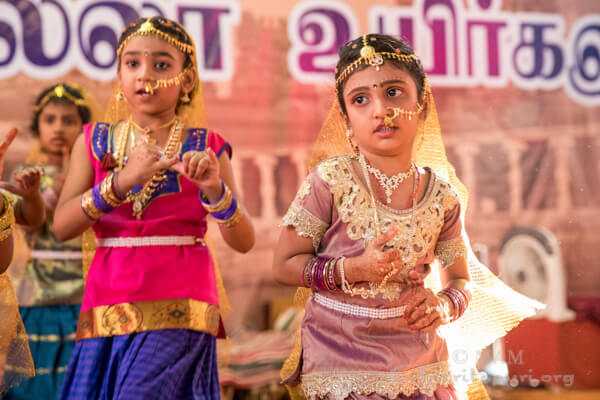 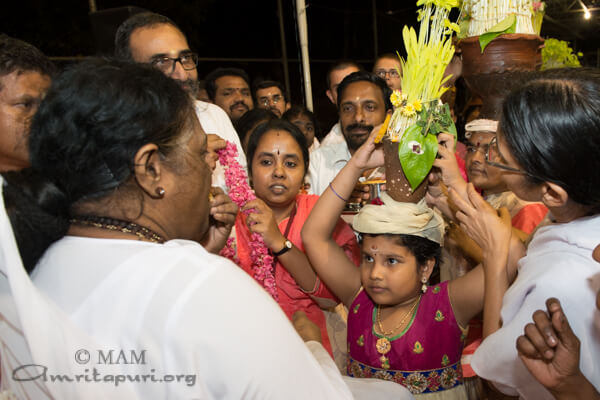 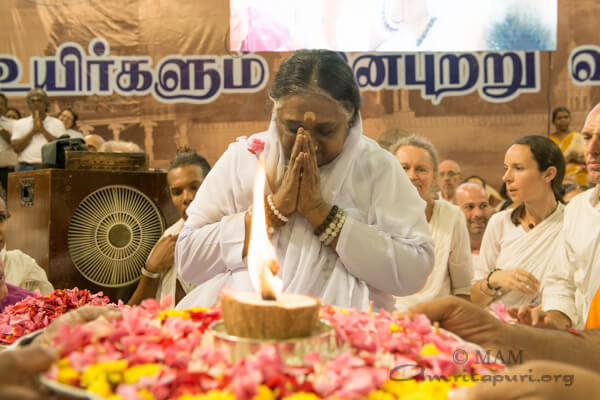 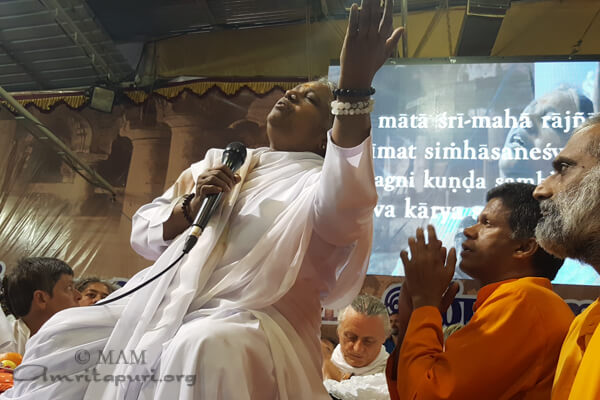 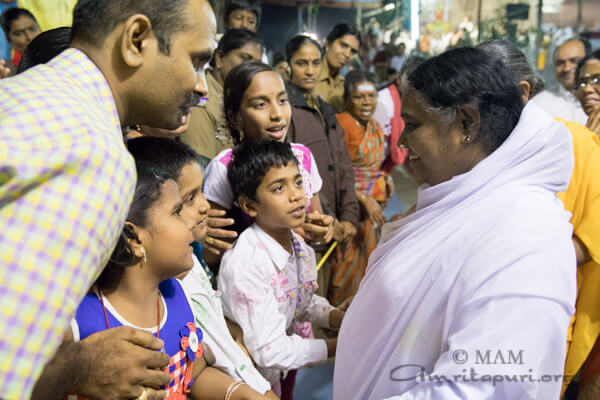