Amma visited the city of Dindigul, Tamil Nadu for the first time, holding a free public program. Dindigul is home to the renowned Abhirami temple, dedicated to an incarnation of the divine mother Kali. Accordingly, the backdrop for Amma’s program was adorned with a beautiful rendering of Devi Abhirami, and Amma was greeted onstage with Vedic chanting by the presiding priest of the Abhirami temple. Welcoming Amma to Dindigul, the chairman of the organizing committee reflected, “Recently Amma has blessed a stone and now that stone is an idol, being worshipped inside the temple. Now each of us are going to be touched and blessed by Amma – where we will be placed?” The chairman also shared his conviction that that spending one night with Amma is equal to the merit one gains by maintaining vows on nine Navaratri festivals. 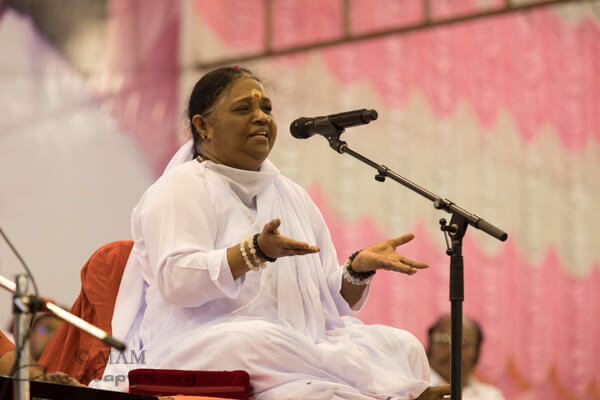 Addressing the assembled crowd, Amma remarked, “The circumstances of life will always keep changing. Change is nature’s unchanging law. However, it is we who make experiences bitter or sweet—our mind and our attitude. As long as we are unable to bring our mind under our control, sorrow will continue to hunt us down. However, once the mind comes under our control, then no problem or tragedy can devastate or paralyze us.”

Amma distributed new saris to all members of the local Amrita Sree Self-Help group, and
A big crowd came to see and get her blessings, and Amma delighted them by leading the manasa puja in Tamil, and singing many new Tamil bhajans as well.

During the darshan, the students of Trichy Amrita Vidyalayam presented different cultural programs.

As Amma was finishing the darshan the following morning at 9:45 am, having sat throughout the night to receive each person who had come for the program the evening before, newcomers were still streaming in by the hundreds. One had the feeling that were Amma to have stayed back, the stream of humanity would have never stopped flowing toward her feet. Even though Amma had to leave for the following program, she stayed back long enough to give prasad to all the newcomers as well, making sure that each one who had come seeking her blessing received it. 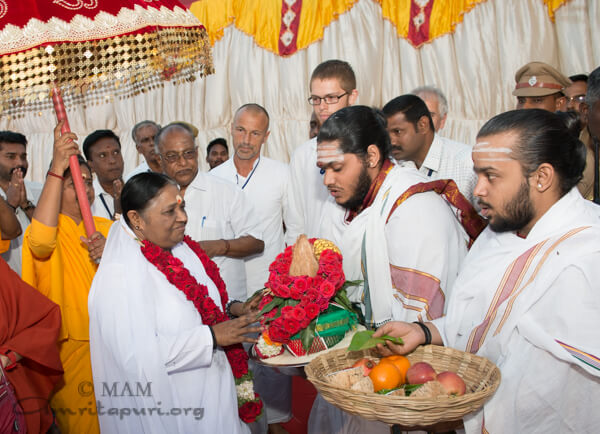 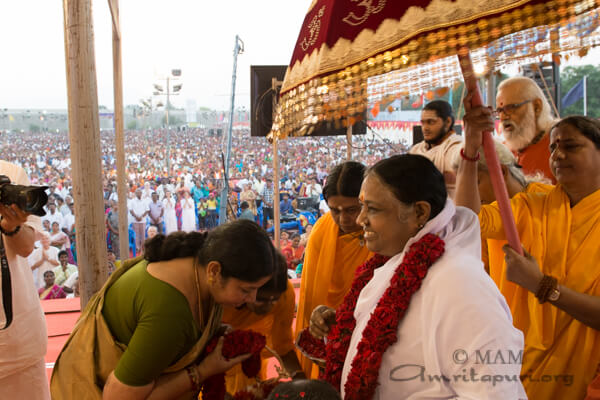 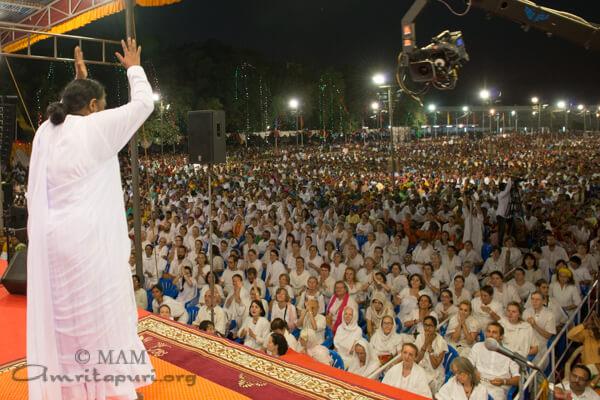 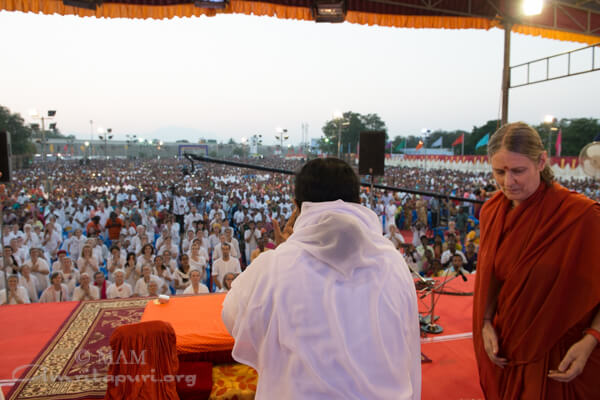 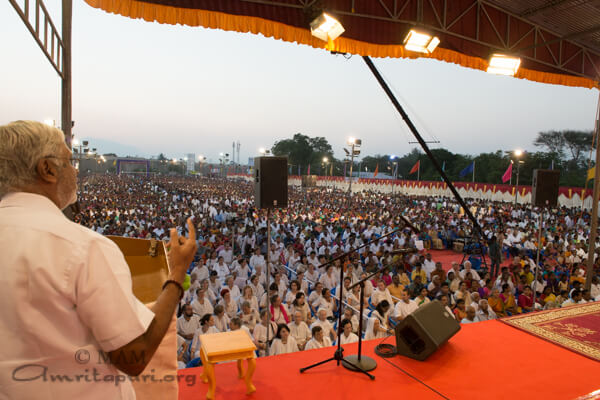 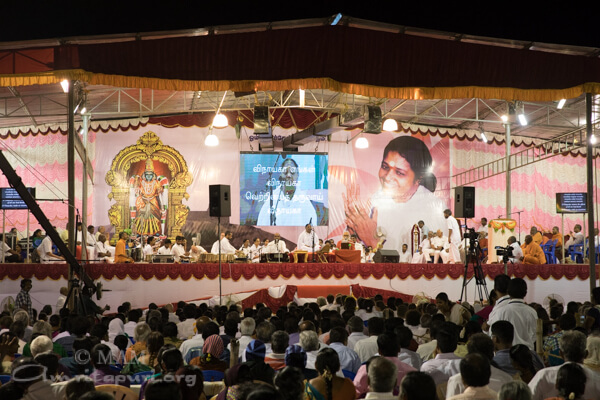 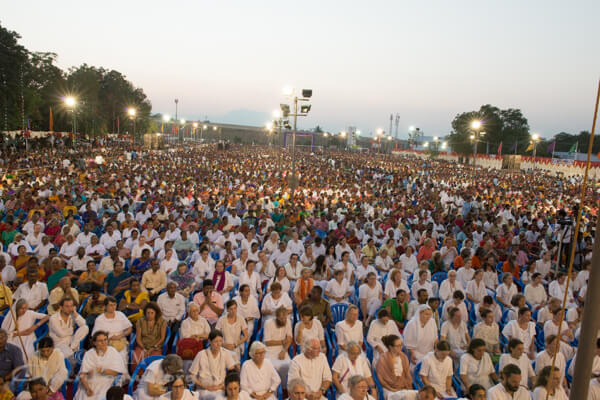 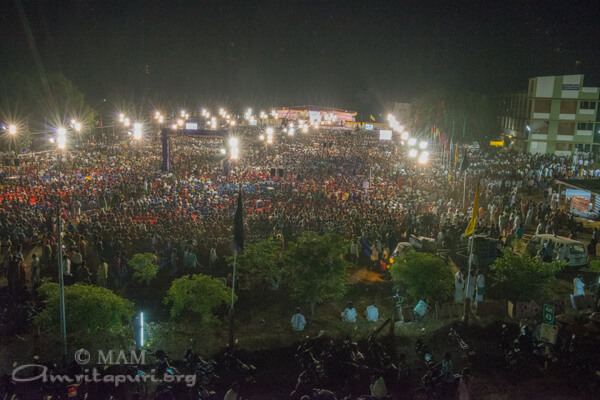 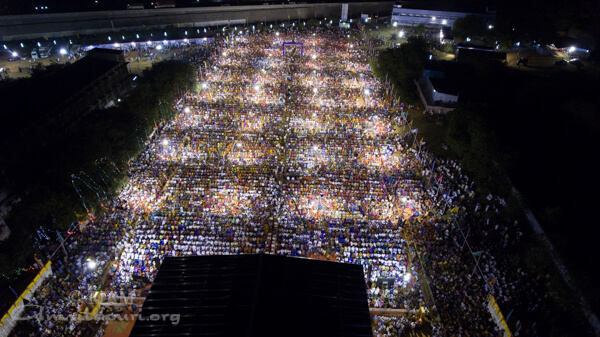 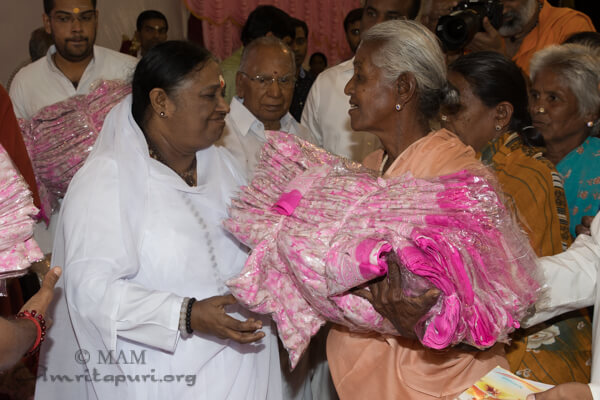 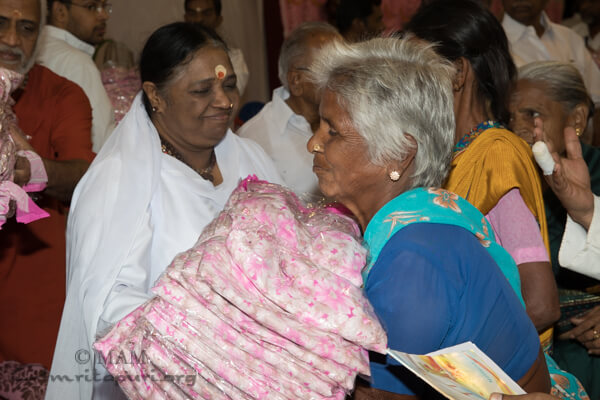 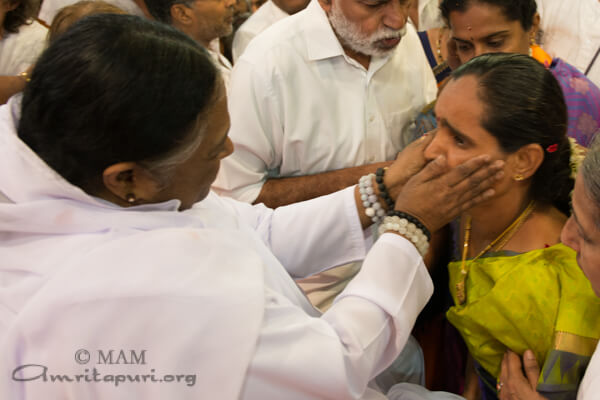 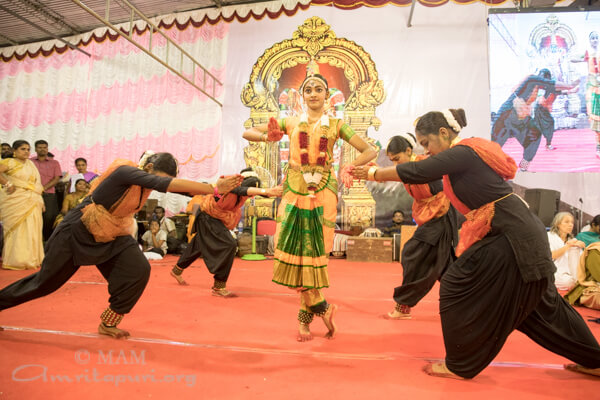 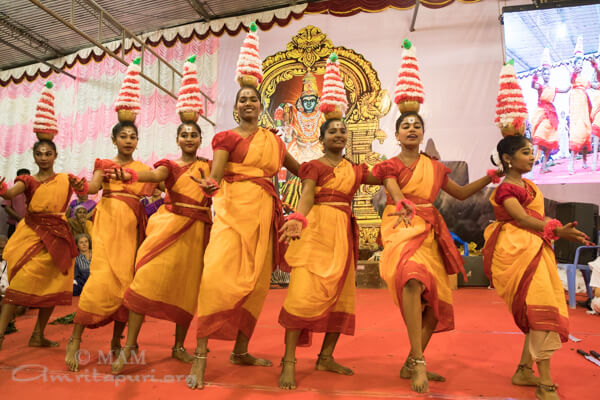 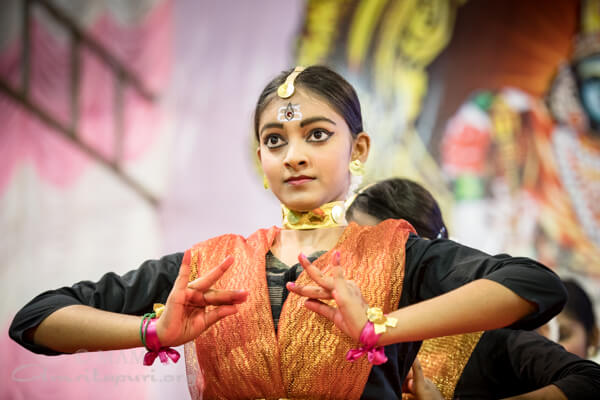 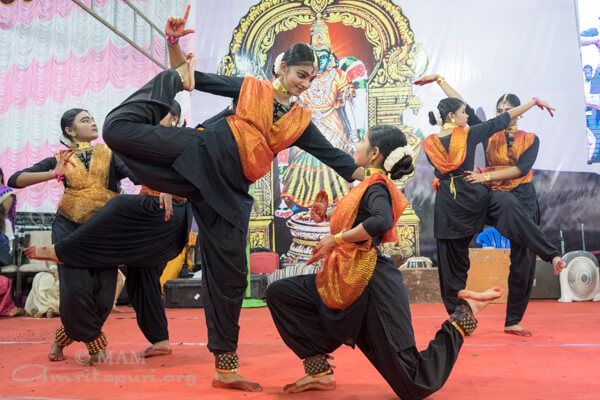 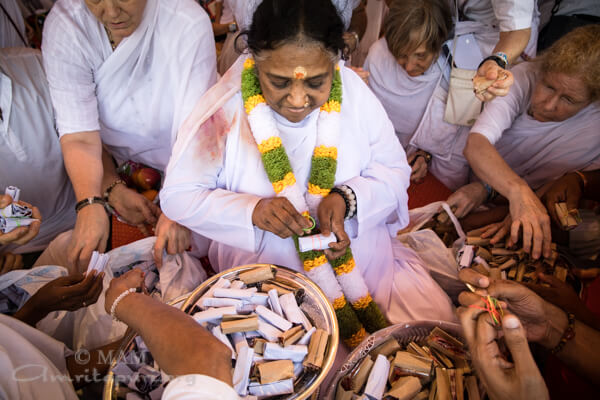 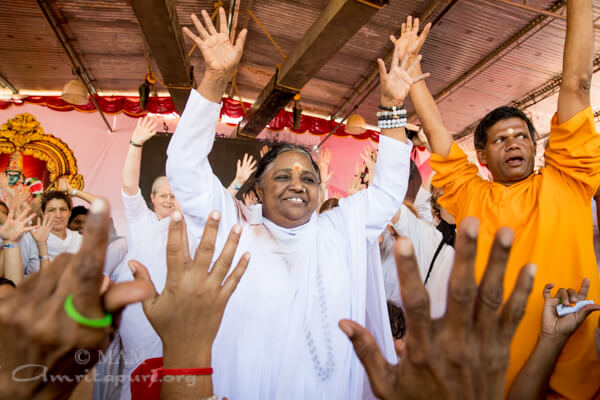