Amma visited Detroit, USA for four days of programs including a three day retreat and Devi Bhava. The programs were held at the Marriott Hotel in the iconic Renaissance Center complex along the Detroit River bordering the US and Canada.

The public programs on the first day were packed with devotees from across the US and Canada. Many were on holiday for the Thanksgiving break. 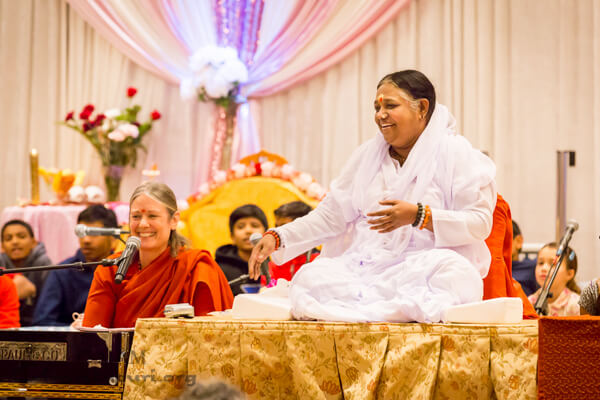 The evening public program included satsang and bhajans. At the end of darshan, Amma stood up and gracefully danced to the traditional Baduga song.

The three day retreat started on Monday with an evening program. Towards the end of darshan, Amma encouraged Eknath (a young man with special needs who has known Amma for many years) to sing. He happily took the microphone and sang ‘Jingle Bells’ and ‘What a Wonderful World’ while the crowd clapped and sang along.

The second night of the retreat was high-lighted by a question and answer session. Amma then sang Hari Narayana Jaya Narayan, before heading to the dining hall to serve everyone a delicious meal. Later, cultural performances by Amma’s devotees entertained the gathered crowd. As Amma left the stage at the end of darshan, she playfully clapped peoples hands along the path. 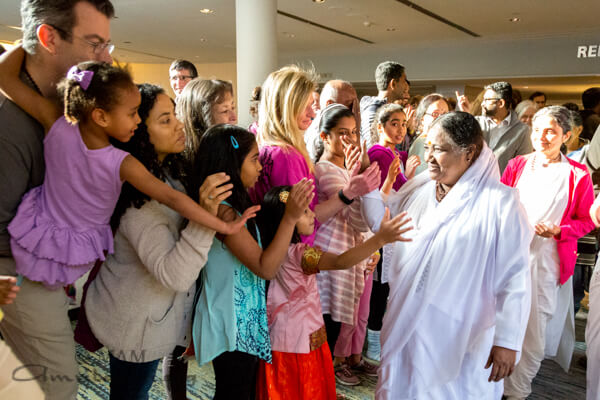 Devi Bhava was on Wednesday evening and finished early morning Thanksgiving Day. Amma then left the hall to travel to San Jose for the next stop on the November US Tour. 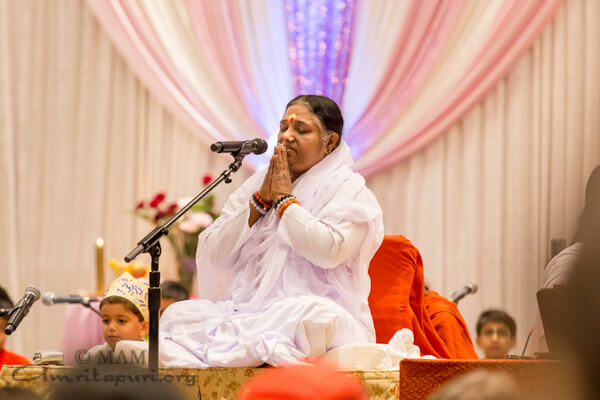 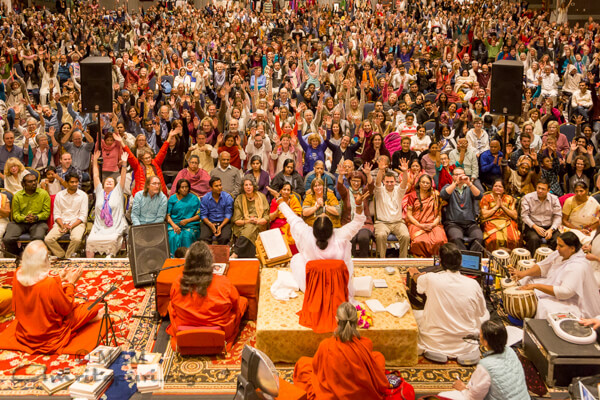 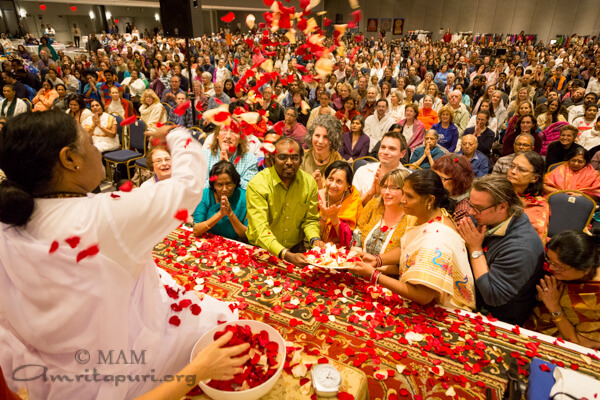 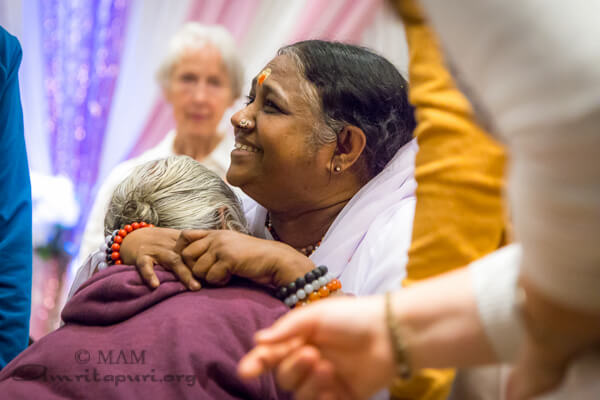 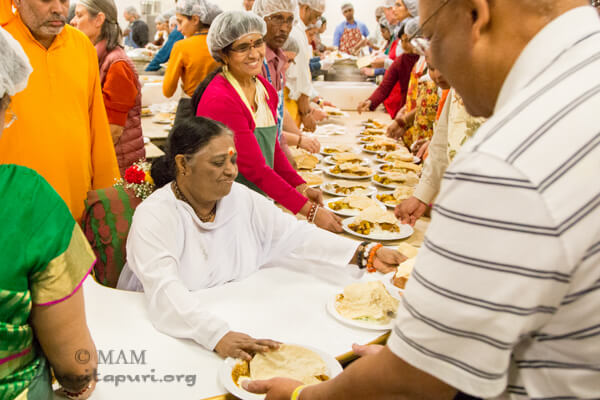