Amma arrived to the San Jose Fairmont in California for the first time Friday after the Thanksgiving Holiday to a winter wonderland – an ice skating rink and a Downtown Christmas extravaganza with twinkling lights outside and a hall packed with newcomers to experience Amma’s loving and compassionate embrace inside! There were two days of public programs and a retreat. People from all walks of life were at the program on Friday and Saturday – Silicon Valley high tech crowd, Movie Stars from Los Angeles, Latinos, Indians, and Devotees from all across the United States joined Amma in San Jose. Perhaps due to the ease and accessibility of a hotel in downtown San Jose, there were many new faces who came for the first time, as well as special needs guests. Although it rained outside a few days, it was warm and festive in the hall. 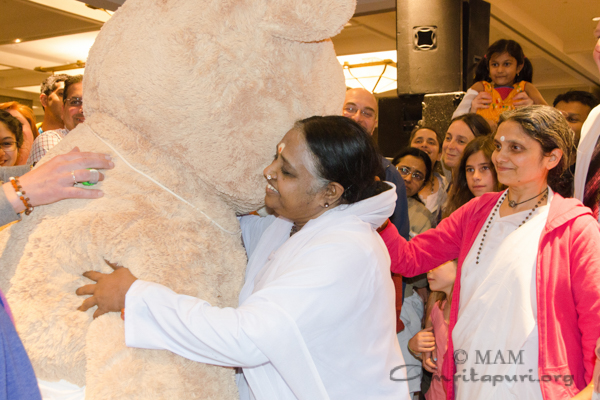 Amma was welcomed on Friday’s program by a number of social workers who help the under-privileged and needy in San Jose, and work on Mother’s Kitchen with us. 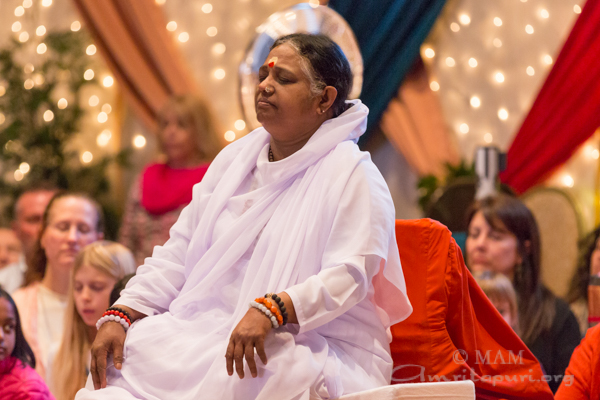 Amma’s retreat was wonderful – with people learning the IAM Meditation, satsangs, meditation, Amma serving dinner to all, and passing out delicious poppadum to the big and little children in a festive atmosphere.

The devotees were thrilled that Amma surprised them with singing after the program one night and danced after the program another night. The energy was ecstatic as she slowly turned to the tribal music, dancing with her eyes closed as if in another world.

On Tuesday night, prior to Amma starting the Atman Puja for World Peace, San Jose Mayor Sam Liccardo welcomed Amma to San Jose, although he joked there were thousands of others who had beat him to it, looking around the crowded hall! Mayor Liccardo said he would be interested in working with the MA Center to do Mother’s Kitchen and collaborate on possible future projects. 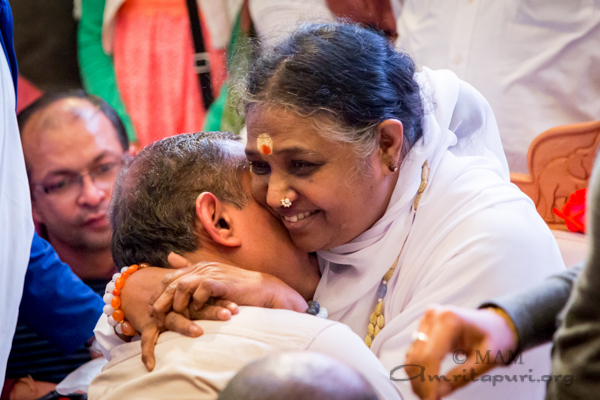 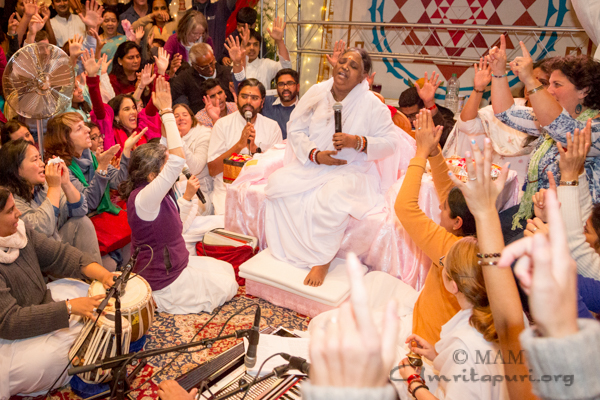 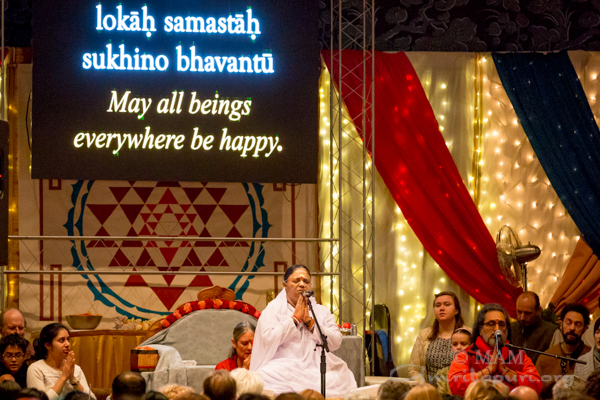 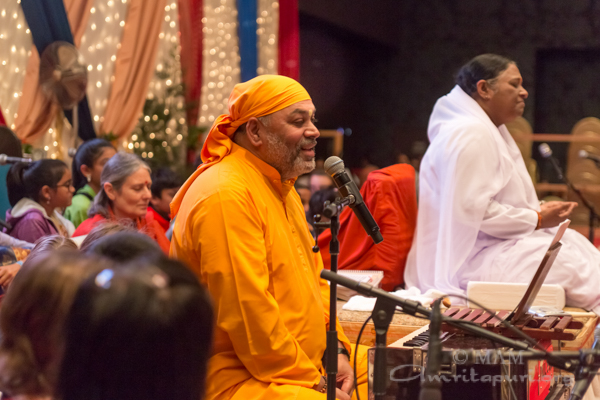 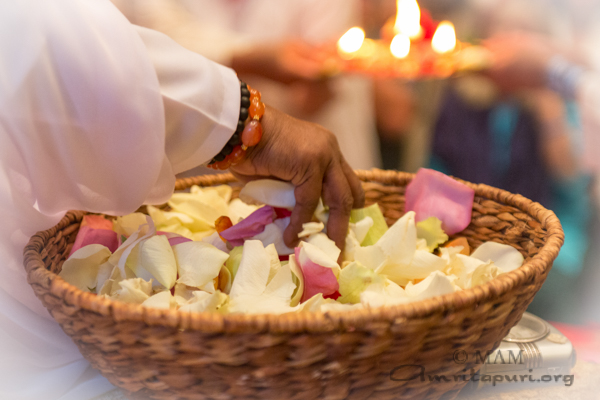 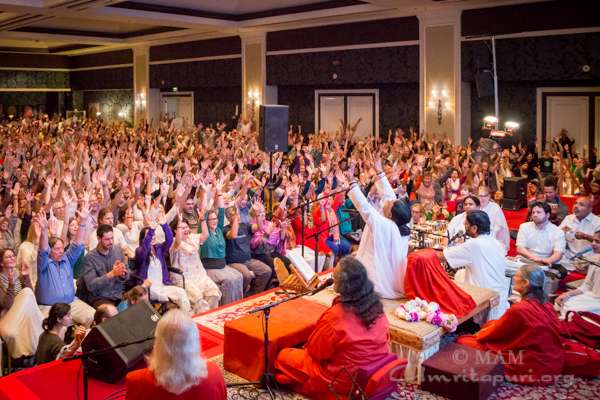 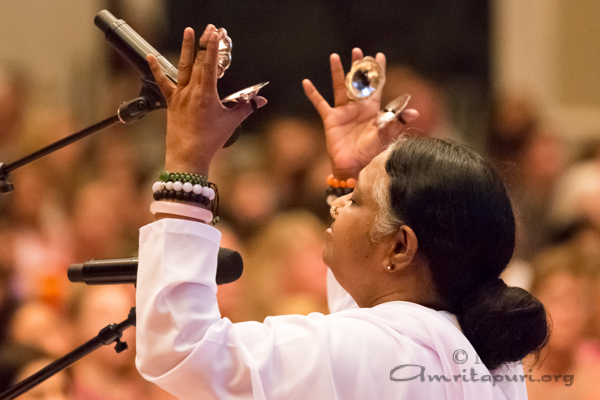 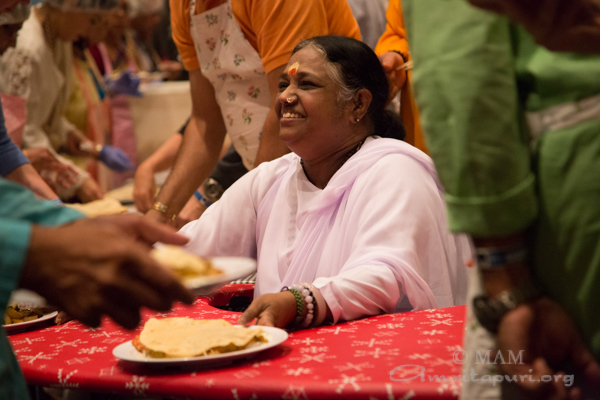