After the sludge had been scraped off the floor, workers cleaned the bhajan hall. Many carton boxes had been soaked and were now useless. All helped to disposed of the waste. Water seeped into everything. The machines in the press needed to be dismantled, cleaned, and then put together again. Amma’s books were cleaned and put out to dry. Some could not be salvaged. While no one at Amritapuri was hurt by the tsunami, the Ashram had been flooded with three feet of water. No buildings were damaged, but a lot of cleaning was needed including Amma’s bhajan CDs. 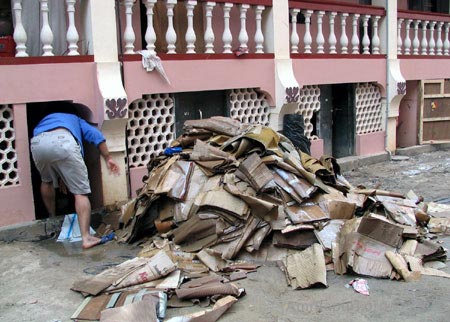 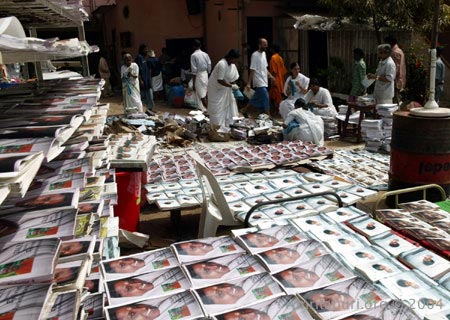 Cleaning the sludge left by the sea water was a big job. Amma’s children worked hard to dispose of the sludge.

All the vessels of the kitchen need to be washed in soap water. After washing, the vessels were put out to dry. The speakers were also put out to dry. Overall there was some damage but the loss was negligible considering the magnitude of the disaster. 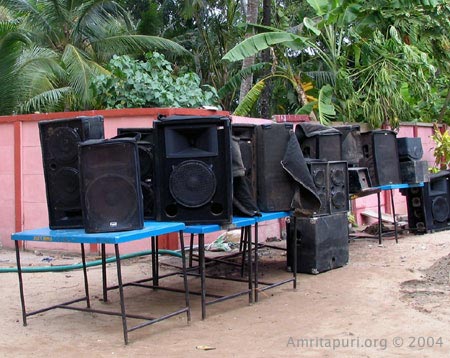 The small pond by the Ashram kitchen started to sink due to the refuse and dead fish that had poured into it along with the flood waters. It had to be drained and refilled. 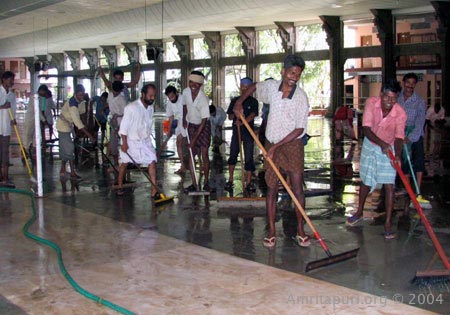 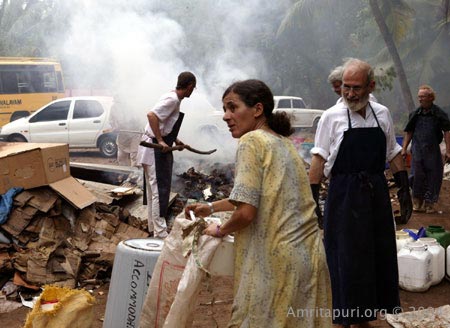 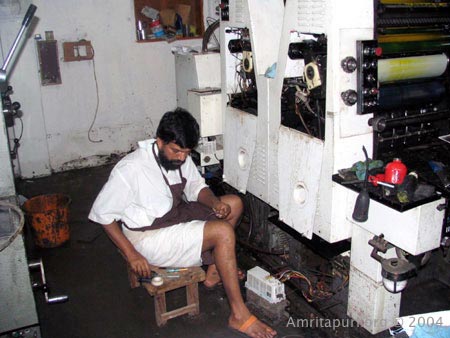 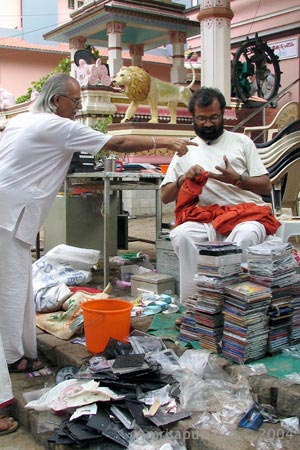 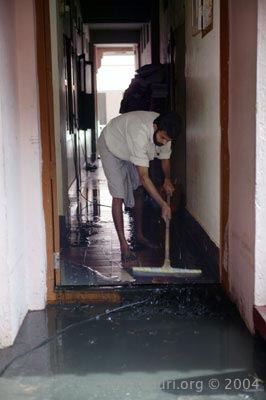 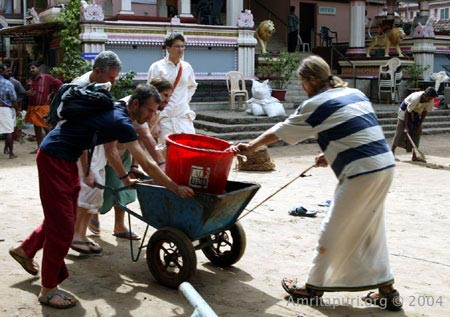 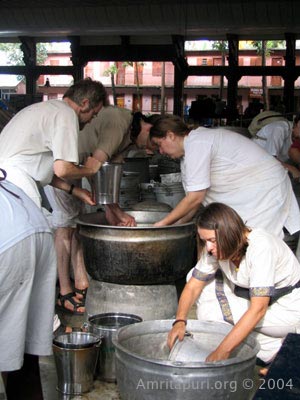 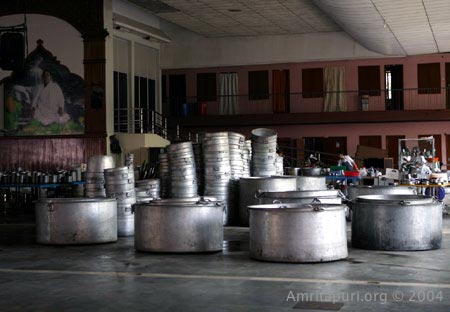 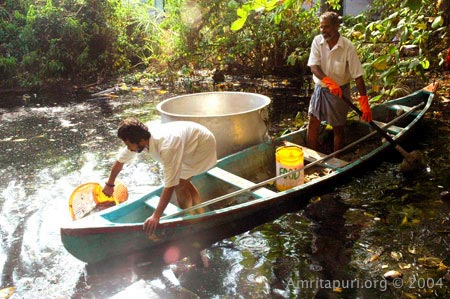