The sixth stop in Amma’s 2015 Europe Yatra was Houten, Netherlands, Amma’s 16th visit to the country. Amma came right after her first program in MA Center Germany. In the two days before her arrival, many volunteers had been busy building up the Expo for Amma’s visit and received Amma enthusiastically. Amma took the elevator to the first floor and was soon standing on the glass balcony where she gazed lovingly at the hundreds of volunteers and the tour group standing on the ground floor below. When everybody thought that Amma would go to her room to get some rest, she had different plans. She came down to serve supper to the local and international volunteers, meditated and sang with everybody. It was a sight to see to a small green lovebird sitting on Amma’s shoulder for a long time, as She sang and meditated. 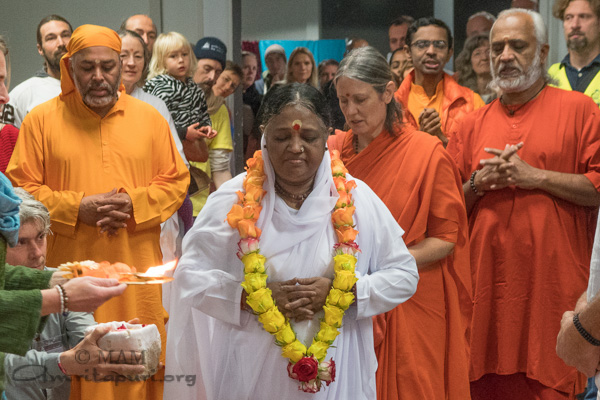 On Tuesday evening October 27, Amma was welcomed to Houten by the Ambassador of India, J.S. Mukul, the President of VU University of Amsterdam, Prof. Dr. Jaap Winter, and Lucia Rijker, 6-time World Champion in boxing and kickboxing, actress, and coach (featured in the photo below). 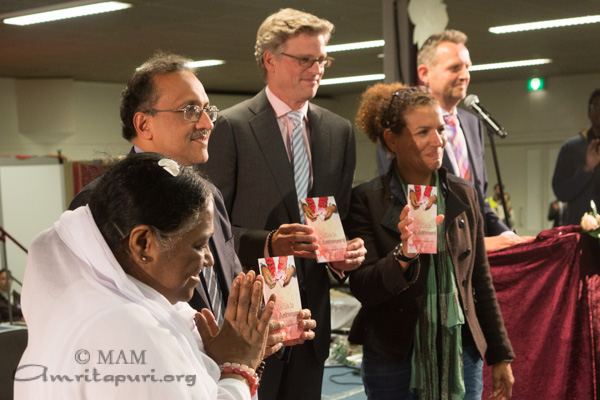 The Indian Ambassador to the Netherlands, Mr. J.S. Mukul, welcomed Amma with the following words: “Amma is truly a great cultural ambassador and a great humanitarian. This is the biggest gathering that I have seen in Netherlands after taking charge as the Ambassador here. I am looking forward to more and more visits from Amma to the Netherlands.”

Professor Jaap Winter, President of the VU University of Amsterdam, welcomed Amma with a delegation of 14 professors from the university spoke the following words: “You might wonder why the head of a university would visit an event like this. This spring, together with a large delegation from the VU went to India. We visited many universities, spoke to numerous people, but the visit and the conversations that moved us the most was the visit to our colleagues at Amrita University. Amrita University has shown us that, as a university, you really can have the goal and the mission to contribute to a better world through science, education and research. We are proud of our connection to Amrita University, and happy that we have now also gotten to know Amma personally. We would love to continue this connection and collaboration. We have invited Amma to come and speak at our university the next time she is in the Netherlands.” 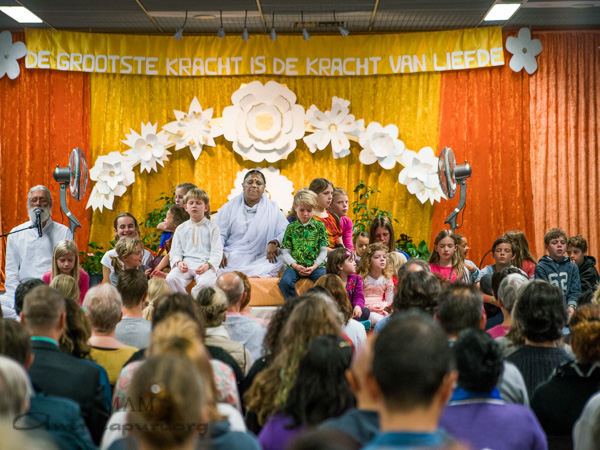 On her way out of the hall after the first day programme, Amma discovered a beautiful table full of the first harvest from the garden of Amma’s Center in Netherlands. Devotees working in the garden had set up a table with vegetables and fruits that had been harvested from the garden that morning, as well as jam and chutneys made with the harvest. Amma always teaches the importance of producing our own food and loving and respecting nature. The first harvest of the Amma Center in Holland was a testament to this, and consisted of beets, three types of kale, carrots, potatoes, green salad, beautiful wildflowers, chestnuts and much more. Amma stood at the table for some time, interacting with the volunteers and encouraging them to keep growing.

After three days of packed programmes in Netherlands, Amma left for her next stop of the tour – Helsinki, Finland. 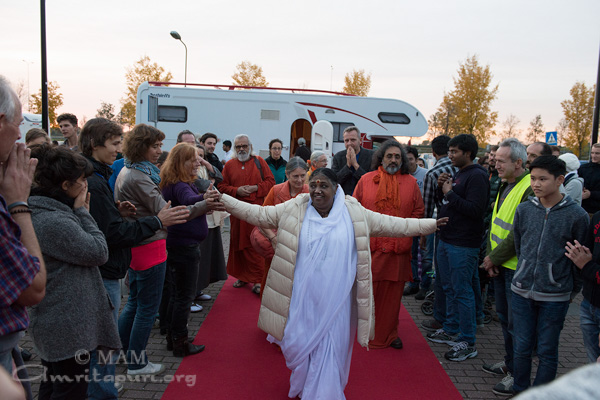 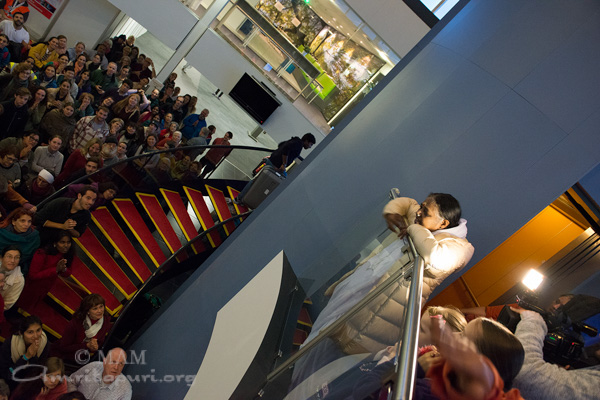 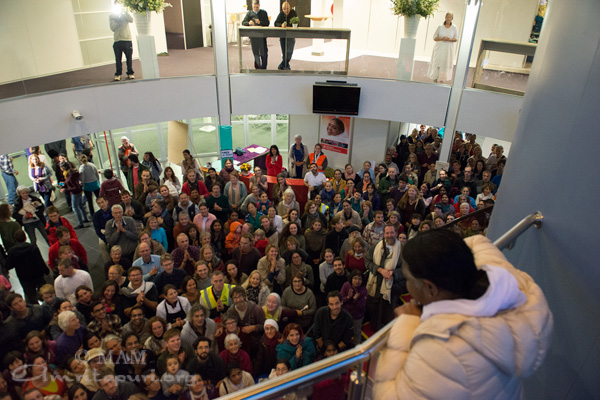 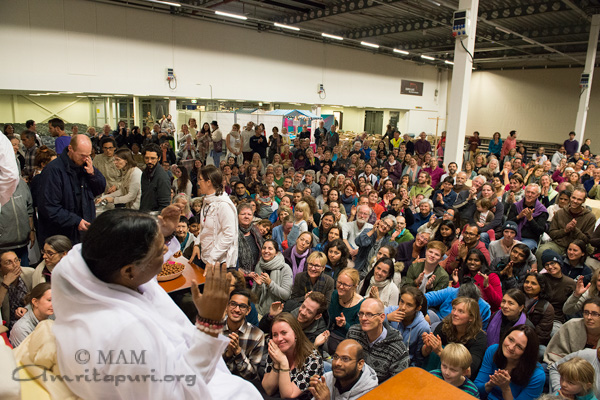 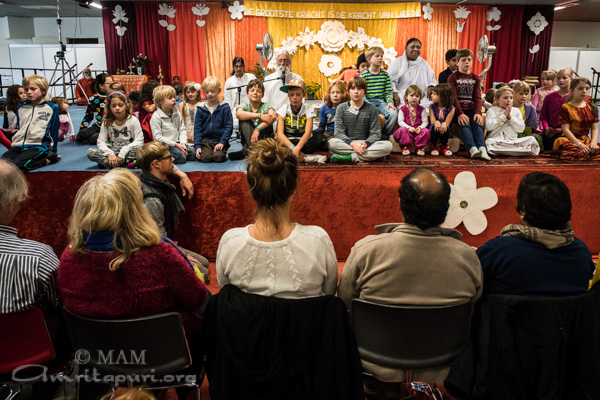